Was Chris Christie Ever Presidential Material? 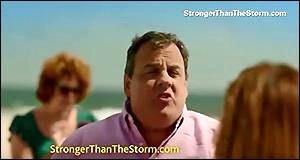 New Jersey Governor Chris Christie Is Now Under Investigation for Possible Misuse of Funds for Hurricane Sandy Victims, Diverting the Money to Tourism Ads Featuring Himself and His Family During His Re-Election Campaign

At New Jersey Governor Chris Christie’s news conference on January 9, he gave the country a clear perspective into his character, personality, and his temperament under fire. That was a very big mistake for his presidential ambitions. In Christie’s opening remarks and throughout the answer and question period with reporters, Christie’s narcissism was on full display.

Governor Christie was holding court in an effort to do damage control over leaked emails showing that members of his closely-knit circle of associates had engaged in political payback in closing down lanes on the George Washington Bridge to cause enormous traffic tie-ups in Fort Lee, New Jersey – a town with a Mayor who had not endorsed the Governor for reelection. The traffic jams delayed first responders, put people’s lives at risk, and caused school children to be late getting to school.

Even in an age where citizens of every country have dramatically lowered expectations for leadership qualities in government officials, it is still considered politically gauche to call a press conference to apologize for a scandal and then turn it into a personal pity session.

During Christie’s nearly two-hour tour of his psyche, he used the following phrases to describe his feelings and emotions:

“I am stunned by the abject stupidity that was shown here.”

“And as I said earlier, I think in the answer to your question, you know, I don’t know what the stages of grief are in exact order, but I know anger gets there at some point. I’m sure I’ll have that too. But the fact is right now I’m sad.”

In answer to a question from a reporter, Christie said:

“It is heartbreaking to me that I wasn’t told the truth. I’m a very loyal guy, and I expect loyalty in return. And lying to me is not an exhibition of loyalty.”

The “loyalty” thing sounded like a scene from the movie, “The Godfather.” A reporter picked up on this, asking Christie: “Throughout this entire press conference you’ve said that you’re a loyal person, you expect loyalty, and you fired this person on your staff because she lied. Are you the victim here, or is — are the people of Fort Lee the victim? Should she have been fired because she ordered a traffic study that messed up traffic and put people in danger in that sense?”

Christie responded: “…I’m telling you that when I ask for an answer from a member of my staff and they lie, regardless of what the conduct is they lied about, they’re gone. So I never had to get to the conduct, the underlying conduct. If you lie when I ask you a question, you’re fired. That’s it…”

One reporter bravely broached the subject of whether it was plausible that Governor Christie’s staff would have embarked on such a political vendetta that put people’s lives at risk unless they felt they had the Governor’s direct or implicit approval.

The reporter asks: “So, I’m just asking, what do you ask yourself about — they either thought this is what the boss wanted, or they — as a group, they were willing to go rogue and do this and then try to cover it up…”

Christie responded: “Well, listen, obviously — I said earlier…I’m heartbroken about it, and I’m incredibly disappointed. I don’t think I’ve gotten to the angry stage yet, but I’m sure I’ll get there. But I’m just stunned…I haven’t had a lot of sleep the last two nights, and I’ve been doing a lot of soul-searching. I’m sick over this. I’ve worked for the last 12 years in public life developing a reputation for honesty and directness and blunt talk, one that I think is well-deserved. But, you know, when something like this happens, it’s appropriate for you to question yourself, and certainly I am. And I am soul-searching on this.”

Christie, responded: “No, Charlie, listen, I haven’t, because I know who I am. And I’m not that person…And I understand why some people would then characterize that, especially people who don’t like you, as bullying, but it’s not that. And I know that about myself, and, no, I haven’t asked that question, Charlie.”

But, perhaps, the most telling response from Christie came when a reporter asked if the Governor owed an apology to the press because of his earlier denials of any wrongdoing on the bridge issue.

Christie did not say “the truth based on the facts known at the time,” but rather, he repeated twice, “the truth as I see it.”

Between this unprecedented display of narcissism and the truth according to Chris Christie, the Fort Lee traffic crisis may just have saved the American people from a much worse fate under a President Christie.