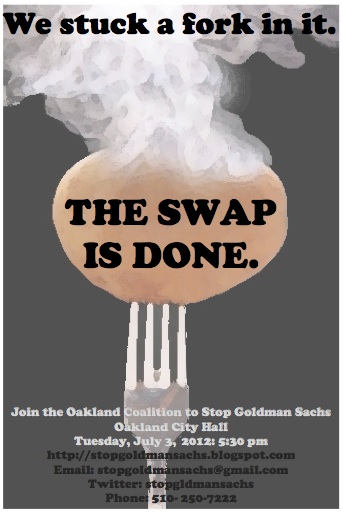 Gary Gensler, the outgoing Chairman of the Commodity Futures Trading Commission, previously testified to Congress that he began investigating allegations that a global banking cartel was rigging the international interest rate benchmark known as Libor in the spring of 2008. One can prudently assume that around the same time, he made the issue known to the U.S. Department of Justice.  It’s now almost six years later and yet two of the U.S. banks involved in the cartel, JPMorgan Chase and Citigroup, have yet to be charged by U.S. authorities.

Today, JPMorgan and Citigroup have admitted participating in the Yen Libor financial derivatives cartel to the European Commission and accepted fines of €79.8m ($108.3 million) and €70m ($95 million), respectively. Citigroup avoided paying an additional €55m ($74.6 million) by being granted full immunity for one of its three charged infringements, ostensibly for its cooperation in the matter.

The European Commission began its investigation just two years ago, on October 18, 2011. The settlement announced today encompasses the rigging of two benchmarks, Yen Libor and its European equivalent, Euribor, in an effort by the financial institutions to make profits in the financial derivatives linked to those benchmarks.

Deutsche Bank and RBS admitted to taking part in both Libor and Euribor cartels and agreed to fines of €725m and €391m, respectively. Societe Generale will pay €446m related to Euribor. RP Martin, a broker, will pay €247,000. The total of the fines for all financial institutions was €1.71 billion ($2.32 billion), setting a European Commission record for fines in a cartel case.

Barclays and UBS did not receive fines on the basis that they were the first to alert authorities. Both have previously received hefty fines in the matter by regulators. The European Commission is involved in just the cartel aspect of the crime.

Joaquín Almunia, the European Commission Vice President in charge of competition policy, said: “What is shocking about the Libor and Euribor scandals is not only the manipulation of benchmarks, which is being tackled by financial regulators worldwide, but also the collusion between banks who are supposed to be competing with each other. Today’s decision sends a clear message that the Commission is determined to fight and sanction these cartels in the financial sector. Healthy competition and transparency are crucial for financial markets to work properly, at the service of the real economy rather than the interests of a few.”

JPMorgan, Crédit Agricole, and HSBC refused to admit to and settle charges that they participated in the rigging of Euribor. According to the European Commission, that investigation against the three will continue.

The financial products the banks were attempting to rig were described by the European Commission as follows:

“Interest rate derivatives (e.g. forward rate agreements, swaps, futures, options) are financial products which are used by banks or companies for managing the risk of interest rate fluctuations. These products are traded worldwide and play a key role in the global economy. They derive their value from the level of a benchmark interest rate, such as the London interbank offered rate (Libor) — which is used for various currencies including the Japanese yen — or the Euro Interbank Offered Rate (Euribor), for the Euro. These benchmarks reflect an average of the quotes submitted daily by a number of banks who are members of a panel…They are meant to reflect the cost of interbank lending in a given currency and serve as a basis for various financial derivatives. Investment banks compete with each other in the trading of these derivatives. The levels of these benchmark rates may affect either the cash flows that a bank receives from a counterparty, or the cash flow it needs to pay to the counterparty under interest rate derivatives contracts.”

Libor was supposed to be a reliable reflection of the rate at which banks are lending to each other.  Based on the average of that rate, after highs and lows are discarded, the Libor index is used not just for financial derivative products but as a key index for setting loan rates around the world, including adjustable rate mortgages, credit card payments and student loans here in the U.S.

Libor is also one of the leading interest rate benchmarks used to create payment terms on interest rate swaps with municipalities across America and around the globe. As we reported last year:

“These complex machinations pitted the brains of county treasurers or school boards against the deceptive wizards of Wall Street.

“Municipalities typically entered into an interest rate swap because Wall Street’s fast talking salesmen showed up with incomprehensible power point slides wearing $3,000 suits and assured municipal officials it would lower their overall borrowing costs on their municipal bond issues. A typical deal involved the municipality issuing variable rate municipal bonds and simultaneously signing a contract (interest rate swap) with a Wall Street bank that locked it into paying the bank a fixed rate while it received from the bank a floating interest rate tied to one of two indices. One index, Libor, was operated by an international bankers’ trade group, the British Bankers Association.  The other index, SIFMA, was operated by a Wall Street trade association.  Neither was an independent monitor for the public interest.

“When the two sets of cash flows are calculated, the side that generates the larger payments receives the difference between the sums. In many cases, continuing to this day, the municipality ended up receiving a fraction of one percent, while contractually bound to pay Wall Street firms as much as 3 to 6 percent in a fixed rate for twenty years or longer.  If the local or state governments or school boards wanted out of the deal, a multi-million dollar penalty fee could be charged based on the rate structure and notional (face amount) of the swap.”

As lawsuits by municipalities across America pile up in the courts, the question on everyone’s mind is: “why isn’t the Justice Department bringing charges against U.S. banks”?