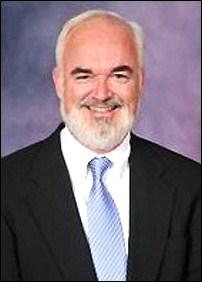 It’s come to the point that one must forego sipping anything hot while reading the editorial pages of the Wall Street Journal in order to avoid gasps of hot liquid spewing onto one’s skin or business attire.

On September 27, 2013, the Wall Street Journal ran the headline “Robbery at J.P. Morgan” over an unsigned editorial. Curious to see if the Occupy Wall Street crowd might have made off with Jamie Dimon’s Presidential cufflinks, I read on.

The next sentence was gasp-worthy: “Government lawyers are backing up the truck again at J.P. Morgan Chase to extract another haul from the country’s largest bank.” And, mind you, it’s not because J.P. Morgan has broken the law or done anything seriously wrong, it’s because the bank is the “Obama Administration’s favorite Wall Street target” because of its independent-thinking CEO, Jamie Dimon, who “keeps deviating from the Obama script.”

The Wall Street Journal editorial scribes then proceed to outline a full blown political conspiracy against Jamie Dimon: “First the CEO explained how the rhetoric about the Dodd-Frank financial reform wasn’t matched by its costly and confusing regulations,” then he patriotically opined that “Washington’s antibusiness rhetoric was a drag on confidence that hurt the recovery.” And then he really committed the ultimate unforgiveable sin by hinting that “he preferred a change in the White House.”

It was all of this you see, not a serial and systemic history of JPMorgan breaking the law, “that gave the regulators motive to dislike Mr. Dimon.”

One can certainly understand how the Wall Street Journal, owned by Dow Jones & Co., which in turn is owned by Rupert Murdoch’s News Corp, could spin fairy tales about lawbreaking. News Corp is under a sweeping probe in the U.K. for bribery and phone hacking as an alternative model for news gathering.

Peter Henning, a law professor at Wayne State University Law School in Michigan must have had a similar near miss with hot coffee upon reading the editorial. Professor Henning penned an 1100-word treatise for the New York Times yesterday, making the fact-based case that JPMorgan is a “recidivist” law breaker that promises to go straight but never does.

First the professor details the sordid history of settlements and charges against the bank:

In just the past two months:

In the last decade:

Now, this is a very abbreviated list the Professor chose to highlight but you get the point. JPMorgan is no Boy Scout.

Professor Henning then brings up a point I’m sure JPMorgan would like to pretend never happened: in the Enron case, the court made JPMorgan agree to an injunction prohibiting it from engaging in any further violations of securities laws, sometimes called a “sin no more” order.

As Professor Henning notes: “If an individual had committed this many violations, a sentencing judge would probably ‘throw the book’ at the person by imposing a higher sentence for any subsequent violations. The ‘Three Strikes and You’re Out’ laws that authorize substantial prison terms for repeat offenders provide one example of how punishment of recidivists has been increased.”

Applying recidivist penalties to corporations, Professor Henning points out, is stymied because “Each case seems to be treated like a separate silo, with no connection to other violations,” allowing the company to pay the penalty and move on, “much like one would handle a speeding ticket.”

Since regulators currently lack the ability to pursue higher penalties for repeat offenders, Professor Henning suggests that regulators ask Congress to provide that ability through legislation.

Any hint of a government remedy is sure to bring about another diatribe from the Ayn Randian editorial cocoon of the Wall Street Journal. (Consider a sippy cup for hot coffee.)