The Cost of Crushing Dissent in New York City 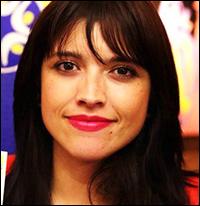 Two weeks ago the media was galvanized around the fifth anniversary of the collapse of Wall Street, asking experts if Wall Street has changed, could it happen again, and still puzzling over how it happened in the first place.

The answers are actually quite simple: Wall Street collapsed under the weight of its own corruption. It took down the whole economy because Congress in 1999 bought into the charlatan idea that banking supermarkets – where FDIC insured deposits were housed under the same roof with Wall Street’s cowboy traders – would “modernize” the U.S. financial landscape.

We now know, but few will admit, that Congress was conned into this charlatanism that restructured Wall Street into the precise structure that created the Great Depression through impure motive. As explained in this March 16, 2012 Bill Moyers Interview on PBS With John Reed, the former Co-CEO of Citigroup, Sandy Weill, was pushing to repeal the law that separated banking from Wall Street speculation not out of altruism for his country but to become obscenely rich:

JOHN REED: [Speaking about the repeal of the Glass-Steagall Act.] “No one that I’m aware of saw it clearly. You point out to some Senators and Congressmen who did, but somehow we described them as being peripheral. And I simply said, ‘They’re wrong.’ Turned out they weren’t…

“Sandy Weill. I mean, his whole life was to accumulate money. And he said, ‘John, we could be so rich.’ ”

Sandy Weill received compensation of almost $1 billion from Citigroup. Two years after he stepped down as Chairman, the company was insolvent and Wall Street collapsed.

There was great dissent around this idea but the voices of the dissenters were quashed and the charlatans were elevated by the media to the status of omnipotent oracles. Alan Greenspan, Robert Rubin, Larry Summers, Sandy Weill – these were the new wizards of finance and even though it was clear to many that their so-called genius plan of “financial modernization” would take the country backwards to the structure of 1929 – they received the bizarre backing of the intellectuals.

On July 27 of last year, the New York Times finally apologized for drinking the Kool-Aid. Its editorial page editors wrote:

Today, we have still not restored the Glass-Steagall Act, the largest Wall Street banks of 2008 are even larger and more dangerous today, and unprecedented levels of wealth and income inequality, enforced by the structure of Wall Street, is spreading economic misery to ever greater numbers of Americans.

While the voices of dissent over repealing the Glass-Steagall Act were simply ignored, today’s voices calling for a realignment of our democracy and financial system are jailed and stonewalled in their search for justice.

No organization has played a greater role in piecing together the coordinated effort of  Federal agencies and local police to silence the Occupy Wall Street movement than the Partnership for Civil Justice Fund, which has gathered a vast trove of documents under the Freedom of Information Act. The organization also has filed a class action lawsuit on behalf of the more than 700 Occupy Wall Street protesters who were intentionally herded together on the Brooklyn Bridge and arrested on October 1, 2011 – an overt effort to chill free speech and dissent against the status quo on Wall Street.

Yesterday marked the second anniversary of those arrests. Karina Garcia, the lead plaintiff in the lawsuit and a teacher at the time of her arrest, released a statement saying that at the time of the arrests she and the other protesters from all walks of life “were filled with idealism and enthusiam.” They believed they were following in the heroic footsteps of their parents and grandparents who “mobilized for civil rights, human rights, women’s rights and peace. Their efforts made the country a better place.”

Ms. Garcia said that the violation of their right to peaceful dissent did not end on October 1, 2011: “Over the next 22 months, I went to court a total of ten times for this false arrest. Now, nearly two years later, my charges of disorderly conduct have finally been dismissed on account of the government’s failure to provide a speedy trial.”

The class action lawsuit, which seeks to vindicate the constitutional rights of peaceful protesters in New York City, awaits a ruling by the Second Circuit Appellate Court.

We used to be a country that believed that justice delayed is justice denied; that peaceful dissent was one of our Nation’s most time-honored and cherished traditions. Today, it is increasingly painful for a growing number of Americans to tell their children what America stands for.