Should Wall Street Banks Own (Hoard) Oil and Metal? Sherrod Brown Drills Down This Tuesday

Barbara Hagenbaugh, a former economics reporter for USA Today, now spokesperson for the Federal Reserve, sent an Arctic chill through the sweltering heat of Wall Street on Friday with this one liner:  “The Federal Reserve regularly monitors the commodity activities of supervised firms and is reviewing the 2003 determination that certain commodity activities are complementary to financial activities and thus permissible for bank holding companies.”

The unexpected statement from the Fed came just two business days before Senator Sherrod Brown will drop a few more bombshells in the direction of Broad and Wall. Brown chairs the Senate Banking Subcommittee on Financial Institutions and Consumer Protection, which will hold a hearing tomorrow titled: “Examining Financial Holding Companies: Should Banks Control Power Plants, Warehouses, and Oil Refineries?” Does that question even have to be asked given the 2008 to 2010 taxpayer bailout of these banks?

Don’t feel badly if you thought banks weren’t allowed to own commercial businesses; much of the investing public and Congress will be flabbergasted to learn what’s been going on behind their backs for the past nine years – all courtesy of the Federal Reserve’s inability to say “no” to Wall Street. 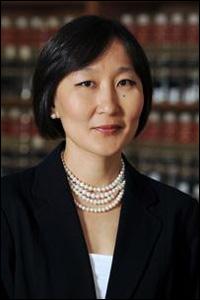 Saule T. Omarova, Associate Professor of Law at the University of North Carolina at Chapel Hill School of Law

One of the most fascinating aspects of this hearing will be the presence of the big Wall Street law firm, Davis Polk & Wardwell LLP, both in the form of the current head of their Financial Institutions Group, Randall D. Guynn, and in the form of a former member of their Financial Institutions Group, Saule T. Omarova, currently an Associate Professor of Law at the University of North Carolina at Chapel Hill School of Law. The former colleagues are expected to take opposing sides of the argument.

Last year, Omarova published a 77-page paper, “The Merchants of Wall Street: Banking, Commerce, and Commodities,” which provided an in-depth look at the enormous conflicts that the Federal Reserve had signed off on by allowing the largest Wall Street banks to not only hold insured deposits while trading trillions in unregulated derivatives but to also own physical commodities like oil, natural gas, and base metals with the ability to hoard these economically essential products in storage facilities.

The hearing comes four years after  60 Minutes reported in 2009 that Morgan Stanley had the capacity to store and hold 20 million barrels of oil and Goldman Sachs had taken stakes in companies that owned oil storage terminals – while both firms’ oil analysts made public statements that oil would reach $150 and $200 per barrel, respectively.

In her 2012 paper, Omarova traces the statutory restrictions against banks owning commercial enterprises: from the National Bank Act of 1863, the Bank Holding Company Act of 1956, the Gramm-Leach-Bliley Act of 1999, and even the Dodd-Frank Act of 2010. Omarova notes that notwithstanding these statutory restrictions, U.S. bank holding companies – notably, Morgan Stanley, Goldman Sachs, and JPMorgan – have been moving aggressively into the purely commercial businesses of mining, processing, transporting, storing, and trading a wide range of vitally important physical commodities. Because of the lack of regulatory disclosure, says Omarova, it is impossible for the public to assess the true nature and impact of these activities.

Some information has been provided in SEC filings by the firms. According to Omarova, JPMorgan reported the gross fair value of physical commodities in its inventory as $3.7 billion as of March 31, 2009. That figure grew to $16.2 billion by the end of 2012.

Morgan Stanley’s regulatory filings show its gross fair value of physical commodities at approximately $2.5 billion as of March 31, 2009 versus $7.3 billion at the end of last year.

The first leg of the Fed’s madness came on October 2, 2003. The Fed said Citigroup could ramp up its oil trading business by allowing it to take possession of crude oil on tankers because it would “reasonably be expected to produce benefits to the public.”  This excerpt from the Fed’s release on that date hints at the expansive plans Citigroup had in the oil storage and transport business:

“…Citigroup has indicated that it will adopt additional standards for Commodity Trading Activities that involve environmentally sensitive products, such as oil or natural gas. For example, Citigroup will require that the owner of every vessel that carries oil on behalf of Citigroup be a member of a protection and indemnity club and carry the maximum insurance for oil pollution available from the club. Citigroup also will require every such vessel to carry substantial amounts of additional oil pollution insurance from creditworthy insurance companies. Furthermore, Citigroup will place age limitations on vessels and will require vessels to be approved by a major international oil company and have appropriate oil spill response plans and equipment. Moreover, Citigroup will have a comprehensive backup plan in the event any vessel owner fails to respond adequately to an oil spill and will hire inspectors to monitor the loading and discharging of vessels.  Citigroup also has represented that it will have in place specific policies and procedures for the storage of oil… The Board believes that Citigroup has the managerial expertise and internal control framework to manage the risks of taking and making delivery of physical commodities… For these reasons, and based on Citigroup’s policies and procedures for monitoring and controlling the risks of Commodity Trading Activities, the Board concludes that consummation of the proposal does not pose a substantial risk to the safety and soundness of depository institutions or the financial system generally and can reasonably be expected to produce benefits to the public that outweigh any potential adverse effects.”

Voting in favor of this unprecedented action was then Federal Reserve Chairman Alan Greenspan as well as current Chairman, Ben Bernanke.

Once Citigroup obtained its waiver, more waivers followed in subsequent years to other major Wall Street firms. Even foreign firms operating in the U.S. received waivers.

Also expected to testify at the hearing is Timothy Weiner, Global Risk Manager for Commodities and Metals at MillerCoors LLC. Weiner is expected to speak to the negative impacts on beer can manufacturing since Wall Street gained ownership of aluminum storage facilities.

Yesterday, Reuters reported that the U.S. Commodity Futures Trading Commission (CFTC) issued an order to various Wall Street firms to preserve emails, documents and instant messages from the last three years in relation to their metal warehousing activities. Such a notice typically signals a major investigation is underway.