Three well known figures on Wall Street find themselves entangled in NYU’s mortgage-gate, exactly one decade after their roles were scrutinized in the biggest New York Stock Exchange scandal since the Senate hearings of the early 1930s exposed the shady dealings of its members. 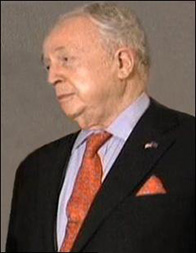 Martin Lipton, Chair of NYU for the Past 15 Years

In 2003, Wall Street super-lawyer, Martin Lipton, was advising his friend, Richard (Dick) Grasso, CEO of the New York Stock Exchange, on a massive compensation plan while simultaneously serving as counsel to the Stock Exchange’s committee on governance and as Chairman of its Legal Advisory Committee.

Joining Lipton in the unpleasant public spotlight was Kenneth Langone, Chair of the Exchange’s Compensation Committee, which had awarded Grasso $130 million in compensation and benefits for the three-year period of 2000 through 2002. That sum represented 99 percent of the Exchange’s net income for those three years according to then New York State Attorney General Eliot Spitzer in a court filing.

Members of the Compensation Committee included executives of the very firms regulated by the Exchange who had excellent reasons to want to curry favors with Grasso. Laurence D. Fink, CEO of the money management firm, BlackRock, was one of the members of the Compensation Committee.  At the time this was playing out, the New York Stock Exchange was a not-for-profit institution subsidized by the taxpayer.

A few days before Labor Day in 2003 (timed to dampen media reaction), the Board of the Exchange issued a press release indicating it had paid a lump sum of $139.5 million to Grasso. Shortly thereafter, the Board learned that Grasso was owed another $48 million under his 2003 contract, which Lipton, according to an internal review, said “had been earned by Grasso and was legally his.”

Patrick Collins III, a floor trader, led a petition to oust management and together with other stock exchange members filed a complaint against Lipton with a legal disciplinary committee. Grasso resigned at the request of the Board and John Reed, a former Chairman of Citigroup, was brought in to clean up the Board and impose new governance controls. The law firm, Winston & Strawn, issued a detailed report of the matter, confirming Spitzer’s findings that Grasso’s pay had been unreasonable. Winston & Strawn had this to say on the impact to the NYSE’s brand and goodwill:

“As a result of the excessive compensation to Grasso, many have called into question the NYSE’s governance practices and other aspects of the NYSE’s operations. The NYSE has also been the subject of inquiry on these issues from the SEC and has been widely criticized in the media and various public forums. According to a number of directors we interviewed, this has tended to erode the confidence and trust that listed companies and investors have in the NYSE, which harms the NYSE’s brand and goodwill and, ultimately, can be detrimental to the NYSE’s financial well being and its purpose as an organization.”

Spitzer sued Grasso and Langone on May 24, 2004, charging Grasso with unreasonable compensation from a not-for-profit corporation and Langone for breach of his fiduciary duty for not informing the full board on the details of Grasso’s compensation.  During the court battles and swirling scandal, Langone had this to say to Fortune Magazine’s Peter Elkind in 2004:

“They got the wrong fucking guy. I’m nuts, I’m rich, and boy, do I love a fight. I’m going to make them shit in their pants. When I get through with these fucking captains of industry, they’re going to wish they were in a Cuisinart — at high speed. If Grasso gives back a fucking nickel, I’ll never talk to him again.” 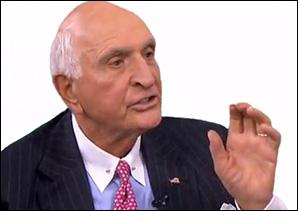 After a four year court battle of ups and downs, the lawsuit was dismissed by the New York State Appellate Division on July 1, 2008 on the basis that the New York Stock Exchange had now become a for-profit entity.

Lipton chaired the Board of Trustees of NYU in 2003; both Langone and Grasso served on the NYU Board at the time.

Flash forward to 2013. New York University – a nonprofit subsidized by the taxpayer – finds itself in the sharp glare of accusations that it is financing obscene perks for its President, John Sexton, as well as to a praetorian guard of his supporters. The perks include obscene pay deals, forgivable loans on primary residences and below market interest rates on mortgages to finance vacation homes in the Hamptons, Fire Island and tony towns in Connecticut. Senator Chuck Grassley has opened an inquiry into the matter and has demanded documents on the loans and pay deals. Grassley’s interest grew out of the Senate confirmation hearing of Jack Lew for U.S. Treasury Secretary. Lew had been on the receiving end of forgivable mortgage loans at NYU as its Chief Operating Officer. The NYU chapter of the American Association of University Professors has filed a detailed referral on the matter with the New York State Attorney General’s Charities Bureau.

All of this is occurring with Lipton chairing the Board of Trustees at NYU (a post he has remarkably held, uninterrupted, for the past 15 years) and Kenneth Langone and Laurence Fink serving as Vice Chairs on NYU’s Board. Langone and Fink also serve as Co-Chairs of the NYU Langone Medical Center. In 2010, a unit of NYU bought the Dean of the Medical Center, Robert Grossman, a $6.15 million condo to live in and, as of August 2011, was paying him $3,488,960 in annual compensation.

Lipton is taking the same position as he did with Grasso: the pay and perks are justifiable. In response to the revelations last week that NYU President John Sexton was summering in a luxurious Fire Island beach house, situated on a 3-lot parcel courtesy of NYU (in addition to two well-appointed apartments in Manhattan it makes available to him), and a revelation in the New York Times that Sexton was paying .19 percent on one of his NYU mortgages, Lipton had this to say in a letter to the editor at the New York Times:

“N.Y.U.’s loan programs have been, are and will remain a legitimate, appropriate and successful part of attracting, retaining and compensating top scholars and innovative academic leaders. The board remains wholly committed to continuing the mission of sustaining the academic momentum that has brought N.Y.U. so far. We are wholly confident in N.Y.U.’s president, John Sexton, whose own innovative leadership has done so much at the law school and the university to maintain the university’s upward trajectory.” 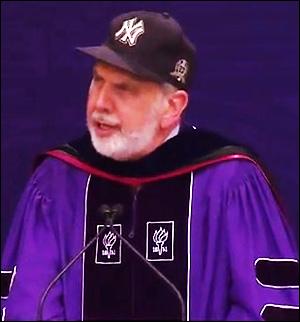 A large swath of the public and faculty do not agree with Lipton. So far, five schools at NYU have given Sexton a no-confidence vote in the following sequence: March 15, the faculty of the School of Arts and Science, NYU’s largest school, turned out a no-confidence vote; May 3, the Gallatin School of Individualized Study; May 9, the Steinhardt School of Culture, Education, and Human Development; Tisch Asia faculty voted no-confidence on May 10 with the Tisch School of the Arts faculty in New York following suit on May 21.

There was something of a snap public survey in the comment section of the article at the New York Times last Tuesday, July 18, with 473 readers commenting. Most were outraged. Beth from Chicago wrote: “I have sacrificed tremendously – giving up vacations and more – so my daughter can go to that school. It is outrageous that NYU is giving these administrators forgivable loans for vacation homes. How can they live in luxury on the backs of their students and the parents that sacrifice for them?”

Last year, Newsweek ranked NYU fourth in the least affordable school category. It now costs roughly a quarter of a million dollars to get a four-year degree at NYU with room and board.

Michael Rectenwald, a Master Teacher at the Liberal Studies Program at NYU, explained the dichotomy at NYU, writing on his blog at LegitGov.org last week: “Reading these reports might lead one to believe that NYU is home to a coddled, handsomely rewarded faculty, a knot of wriggling leeches living lavishly on the future debts of its students. However, nothing could be further from the truth. The reports refer to a tiny minority, and utterly miss the conditions attendant upon the vast majority of the faculty at NYU.”

Rectenwald explains that contract faculty, not tenured or tenure track faculty, make up 70 percent of the teaching faculty at NYU. According to Rectenwald, “the average starting salary for a full-time contract faculty member is an estimated $60,000 to $65,000 per year. The average per-course compensation for part-time contract faculty is roughly $5,000. A member of the latter group, if ‘lucky’ enough to be offered them, might teach eight courses a year and accrue around $40,000 a year.” Without discounted housing, that amounts to considerably less than a living wage in New York City, says Rectenwald.

According to NYU’s tax filings, Sexton is set to receive an annual pension of $800,000 per year. That equates to approximately $10 million of the nonprofit’s assets going into an immediate annuity. Thus far, NYU has refused to turn over to Senator Grassley the employment agreements containing the details of pay, bonuses and forgivable loans, forcing his staff to review the documents and take notes but not allowing them to make copies. According to Martin Dorph, a finance executive at NYU, the University has made 168 loans to faculty and administrators, totaling at least $72 million.

In a recent message to colleagues, Professor David Ruben, the former and founding Director of NYU in London and Emeritus Professor of Philosophy in the University of London, gave this warning:

“I believe that NYU is in crisis. Faculty recruitment and retention in NY will suffer. A full time faculty member in the US searching for a post would think twice about putting him or herself in the midst of such a maelstrom. And as for student recruitment, how many parents are happy paying top tuition dollars that they know will go to line the pockets of Team Sexton?”

The Grasso brouhaha at the New York Stock Exchange began on August 27, 2003. Less than a month later, Grasso was gone. It’s now three months since the first NYU school handed down its no-confidence vote. Revelation after revelation has come out since the beginning of this year depicting an out of control governance body at NYU. And yet, Martin Lipton is confident the University need not change course. The question that arises is, whose job is it to monitor Martin Lipton?