Yesterday, New York State Attorney General Eric Schneiderman said his office would bring suit against Bank of America and Wells Fargo for “flagrant” violations of last year’s National Mortgage Settlement – a deal signed onto by 49 state attorneys general which promised to reform the shady mortgage servicing practices of five of the largest mortgage lenders in the U.S.

The question that arises is why the Monitor of the National Mortgage Settlement had not already brought a lawsuit in Federal Court to stop the violations.

During his press conference yesterday announcing the lawsuit, Schneiderman said his office has logged 210 complaints against Wells Fargo for violations of the settlement and 129 involving Bank of America. Those figures, however, are dwarfed by the findings of Joseph A. Smith, Jr., the man put in charge of monitoring the settlement and bringing enforcement actions to the Federal District Court in Washington, D.C. when serial violations occur. In his February 13, 2013 report, Smith reported receiving 5,763 complaints from consumers from May 2012 through February 1, 2013 and 600 complaints from advocates such as legal aid attorneys.

Even more troubling, the pace of complaints had skyrocketed by 34 percent, rising from an average of 550 per month to 830 complaints per month more recently.

In a stunning sign of a practice and pattern in flagrant violation of the terms of the settlement, out of the 5,763 consumer complaints, Bank of America was named in 2,762 or 48 percent of the time. Wells Fargo was named in 1,280 complaints. The other three banks that were parties to the settlement received complaints as follows: JPMorgan Chase (892), Citigroup (489) and Ally (340).

Rather than seeking a court remedy, Smith states in his report that he “engaged the banks to address these complaints and will continue to use this feedback to inform my oversight responsibilities.”

Apparently, Smith did not see the need for court intervention despite the fact that the violations were the same as those the settlement promised to bring to an end against long suffering borrowers. Smith lists the following ongoing violations: 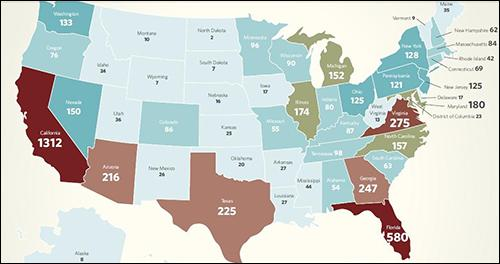