IRS Sleuths Were on the Right Track: Big Tobacco Created Tea Party in 1994 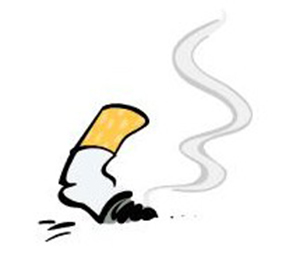 On February 25, 2013, James Hepburn, writing at Daily Kos, made the emphatic assertion in a headline that “Big Tobacco Had Nothing to Do With Tea Party Formation.” That is likely to be the one headline that will haunt Mr. Hepburn to his grave.

I decided to follow in the treacherous footsteps of the IRS and engaged in that unforgiveable sin: I targeted the “tea party” as a key word search at the legacy tobacco document archive.  Resting quietly in the archive is full blown proof that Big Tobacco directly created multiple Tea Parties in 1994 as push back against a planned increase in the Federal Excise Tax (FET) on cigarettes.

In fact, Big Tobacco not only created the Tea Party, it has promoted it over decades, pumped millions into marketing it, and pulled it out of its magic hat every time it needed to produce an overnight, spontaneous “grassroots” movement.

Hepburn was nit-picking an article at Huffington Post by Brendan DeMelle that characterized  an exhaustive study by researchers at the University of California, San Francisco (UCSF) as confirming that the “Tea Party Was Created By Big Tobacco.” Hepburn writes: “This is unfortunate because one, it isn’t true, and two, it overshadows the true origins of the Tea Party which is still largely unknown and far more interesting.”

But direct links to Big Tobacco do exist as a simple search through the trove of tobacco documents obtained in court battles prove. On June 2, 1994, the Associated Press wrote: “Kentucky farmers, taking a cue from the Boston Tea Party, will pitch sulks of tobacco into the Kentucky River next week to show their disgust with efforts by President Clinton and others to raise federal tobacco taxes. About 3,000 growers and their families are expected….” The Associated Press reported that the Council for Burley Tobacco was sponsoring the demonstration.

But that wasn’t who actually was behind the event. In a March 14, 1995 memo from Brian Waddle of the Jack Guthrie & Associates public relations firm, Waddle reveals that his client, the New York City division of Philip Morris under the supervision of Jay Poole, a Vice President of Philip Morris, had “orchestrated” the protest.  Waddle writes:

“We’ve had tremendous success over the years in staging events to increase public debate and to generate coverage on the excise tax issue. Last year, we orchestrated ‘The Kentucky Tobacco Party,’ a rally and re-enactment of the Boston Tea Party at our state’s capitol on behalf of growers to protest the proposed FET [Federal Excise Tax] increase. Nearly 4,000 farmers attended the event which resulted in hundreds of stories across the country, including placement with The New York Times, USA Today, the CBS Evening News, CNN, PBS and many others. We were also the front-page story of every daily and weekly newspaper in the state of Kentucky.”

The same year, on August 2, 1994, 400 tobacco growers and warehousemen staged a Tea Party in Greenville, Tennessee, throwing bales of tobacco into a creek. The event was widely covered by local broadcast media and the Associated Press.

(Dumping tobacco into rivers and creeks? And this is supposed to be good public relations? What part of marine life ecosystems don’t these tobacco people understand?)

An unsigned memorandum dated September 2, 1994 from public relations firm Ramhurst revealed that R.J. Reynolds was behind the Greenville demonstration.

The memo says it will summarize activities undertaken as part of the Federal Excise Tax effort, noting:

“We received more favorable coverage from the ‘lost jobs, displaced farmer’ argument than any other. From the early meetings and accompanying publicity (400 growers in Greenville, NC, 600 in Danville, VA, Fairness for Farmers rally at the state capitol in TN) to the recent spate of ‘get-tough’ media hits (tea party in KY, tractor rally in VA, tea party in TN, tobacco burning in SC) there has been an ongoing effort to keep this story in the news. There’s no way tobacco congressman (sic) can miss the activity level (and the intensity) of this key constituency group.”

According to the UCSF researchers, Ramhurst was formed in 1993 with support from R.J. Reynolds  and was run by former RJR smokers’ rights group coordinators, James Ellis and Doug Goodyear.  By 1994, Ramhurst was executing various programs related to the tobacco company’s national “grassroots” program.

Now that this is all cleared up, maybe we can get meaningful hearings in Congress.