The Price of Gold and the Consumer’s Fiscal Cliff 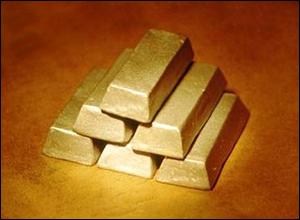 There is one thing that sets apart all traders on Wall Street: those who sat behind computer terminals on Wall Street on October 19, 1987 and those who didn’t. On that day, a stock market bubble that had been building for years popped in one trading day, shaving 508 points off the Dow for a decline of 22 percent.

On Wall Street they call this a “capitulation,” when market perception hits a wall of reality on high volume and big price declines.

Big volume and big price declines occurred in the price of gold this month on April 12 and April 15, marking the biggest two day decline in gold in 30 years, but failing to erase enough of the price run up since 2007 to be considered the capitulation stage. During the two day span, gold lost $203 an ounce. Gold has made up some lost ground since then but the price action of gold on those two days is part of a much larger story – actually a debate.

The debate goes like this: will the Fed’s money pumping machinery deliver the ravages of inflation or will the ravages of debt deleveraging deliver deflation. Gold is declining because those in the latter camp are winning the debate right now. Gold is considered a hedge against inflation; when the inflation premise loses its luster, so does gold.

A few moments ago, the Commerce Department announced that the U.S. GDP grew by a less than expected 2.5 percent in the first quarter. Averaged with last quarter’s .4 percent increase, the U.S. racked up an anemic 1.45 percent GDP in the last six months; hardly enough to fuel inflationary pressures.

Adding weight to the deflation camp is a report that came out of the Federal Reserve Bank of New York this month. Called “The Financial Crisis at the Kitchen Table: Trends in Household Debt and Credit,” by Meta Brown, Andrew Haughwout, Donghoon Lee, and Wilbert van der Klaauw, the study shows that while the U.S. consumer has made some headway in deleveraging, there is still a tough road ahead.

According to the study, on March 31, 1999 consumers owed about $4.6 trillion to creditors. Nine years later, by the third quarter of 2008, at the peak of the crisis, consumer debt had exploded to $12.7 trillion; an increase of 170 percent. Mortgage debt accounted for more than 70 percent of the increase, while other forms of consumer debt also rose sharply, nearly doubling from $1.4 trillion to $2.7 trillion.

The bad news is we have yet to see serious deleveraging. According to the report, “between 2008 and 2010, households switched from borrowing to repaying, resulting in a nearly $500 billion reduction in annual consumer cash flows from debt between the precrisis period and 2010.” The total reduction in consumer indebtedness since the end of the third quarter of 2008 has been $1.4 trillion, but a significant part of that stems from banks writing off bad debts. From a total consumer debt balance of $12.7 trillion at the peak in the third-quarter 2008, consumer debt is still an alarming $11.3 trillion as of September 30, 2012.

There is companion evidence that corporations see a slump in the offing. According to recent data from the Federal Reserve, U.S. companies are stemming their borrowing from the largest banks. Outstanding loans declined 9 percent in the first half of April, following a tepid rise of 2.7 percent in the first quarter.

Business insiders, such as CEOs and CFOs of the largest corporations have an early window into economic trends as they see daily charts of incoming orders.

All of this is further reason for President Obama to drop his unwise and unsupported proposal to cut Social Security benefits in the future by using the discredited Chained CPI formula. The last thing the U.S. needs right now is a further decline in consumer confidence and trust in its leaders.