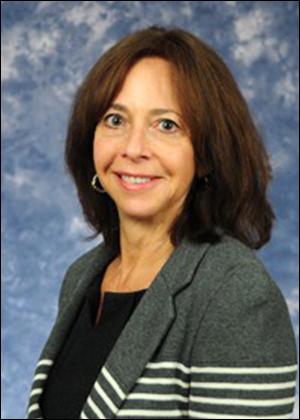 President Obama has promised Americans greater transparency in their government and a crackdown on wrongdoing on Wall Street. What Americans have received instead is a dark curtain drawn around how Federal banking regulators settle cases against Wall Street and zero criminal prosecutions by the U.S. Justice Department against any major Wall Street executive. Both of those realities share a common factor: the powerful Wall Street law firm, Covington & Burling.

On January 9 of this year, it was announced that Julie Williams, the Chief Counsel of the Office of the Comptroller of the Currency (OCC) who had stepped down the prior summer, was taking a job as a Managing Director at Promontory Financial Group. The OCC is the regulator of national banks which, along with the Federal Reserve Board, had announced two days prior that it was abruptly dropping its discredited Independent Foreclosure Review program and instituting a settlement with large banks and mortgage servicers. The Independent Foreclosure Review had racked up $2 billion in fees for the outside consultants hired to do the foreclosure reviews while not one cent had flowed to foreclosure victims.

By February of this year, the OCC and Federal Reserve settlement included 13 large banks and mortgage servicers. It promised to provide more rapid monetary restitution to foreclosure victims. The deal was structured as $3.6 billion in cash and $5.7 billion in soft dollars, such as loan modifications and principal reduction. That deal has turned out to be a sham as well.

As Chief Counsel of the OCC since 1994, Julie Williams had played a key role in crafting the agreement to hire so-called “independent” foreclosure reviewers to root out foreclosure abuse at the banks and servicers. One of the most discredited of those was Promontory Financial Group, the company Williams was now joining in a highly lucrative position.

Promontory had done the foreclosure reviews for Bank of America, Wells Fargo and PNC. In the case of Bank of America, the process was completely discredited by a series of articles by Paul Kiel at ProPublica in the fall and winter of 2012. Bank of America, according to documents revealed by Kiel, had been allowed by its “independent” consultant to hire its own reviewers and perform the bulk of the tests to determine if foreclosure harm had occurred.

Both Williams and the OCC knew all of this on January 9, 2013 when Williams accepted her high paying job at Promontory.  Just five days later, on January 14, 2013, the OCC announced that Williams’ replacement as Chief Counsel would be none other than Amy Friend, a Managing Director at Promontory.

Why would the OCC, which under its new chief, Thomas Curry, was attempting to restore its lost credibility as a serious Federal bank regulator, hire as its Chief Counsel someone from one of its discredited “independent” consultants?

Eric Holder, the current Attorney General of the Justice Department, also came from Covington & Burling. Lanny Breuer, the head of the criminal division of the Justice Department came from Covington and returned there as a Vice Chairman on March 28 of this year. Both Holder and Breuer have been heavily criticized for failing to prosecute Wall Street executives during their reign at the DOJ.

A Senate hearing last Thursday revealed that both the OCC and Federal Reserve had allowed the banks themselves, not the so-called independent consultants, to calculate the number of borrowers that were exposed to potential foreclosure abuse and place them into categories for monetary relief that ran from a few hundred dollars up to $125,000. Eighty percent of the 4 million borrowers were placed in categories to receive less than $1,000. The language that allowed this to happen was in the actual amended consent order issued by the OCC and Federal Reserve.

This Wednesday, another Senate hearing exposed the fact that the $5.7 billion in soft dollar relief promised to the victims of foreclosure abuse could easily become a measly $12 million under a structure that allows the banks to reduce a mortgage by as little as $1,000 and claim the full amount of the mortgage balance, for example, $500,000, as credit toward meeting the soft dollar obligation. Senator Merkley called the plan “a fictitious form of accounting and a structure that incentivizes the bypassing of working Americans in this whole process.”

The language in the amended consent orders that allows this to happen reads as follows:

“By no later than January 7, 2015, the Bank shall provide loss mitigation or other foreclosure prevention actions (‘Foreclosure Prevention’) in the amount of $___________. [A different figure was included for each of the 13 banks.] The Bank’s Foreclosure Prevention actions shall be in addition to, and shall not be used to fulfill, the Bank’s consumer relief obligations under the NMS [National Mortgage Settlement – an earlier settlement program]…The Bank shall receive credit for the following Foreclosure Prevention actions set forth in the NMS: (a) first lien modifications; (b) second lien modifications; and (c) short sales/deeds-in-lieu of foreclosure, using the types of creditable activity set forth in the NMS, provided that crediting for purposes of this Amendment to the Consent Order will be based on the unpaid principal balance of the loan. For purposes of this Amendment to the Consent Order, there are no maximum or minimum restrictions on the amount of any particular activity that is creditable. [Italic emphasis added.]

There is only one conclusion to be drawn from all of this. Wall Street’s lawyers were allowed to write their own consent orders and settlement agreements, select and directly pay their own conflicted consultants to carry out the charade, and now install a new Chief Counsel at their primary regulator who worked for a firm that played a key role in this travesty of justice.

We are no longer looking at the benignly named “regulatory capture.” We are looking at wholesale fraud against the American people, aided and abetted by our own Federal government.