Have you ever landed a new job with a private employer who bought you a $1.3 million house and paid you a bigger salary than your boss. Did you ever have an employment contract that called for awarding you a bonus of $940,000 if you could somehow advance yourself from shepherding an insolvent bank to a “full time high level position with the U.S. government or regulatory body.” How about getting a deal where your company will leverage your investment in a Cayman Islands fund by chipping in $2 for every $1 you put in and let you keep all the winnings. Did you ever refinance a mortgage loan, take out $352,195 in new cash and not have to pay a legally mandated mortgage recording tax?

I don’t know of anyone in America who has these kinds of skeletons popping out of their closets daily except  the one man that President Obama continues to support for a “full time high level position” on one of the highest perches in America: his nominee, Jack Lew, for U.S. Treasury Secretary.

The Treasury Department is not some little nickel and dime operation where screaming conflicts and funny money games in your past don’t matter. It’s the Federal agency that collects the Nation’s taxes, pays the Nation’s bills, prints our currency and oversees the stability of the financial system. (And if the past is prologue, it can run the Nation into deep debt throwing money at insolvent institutions on Wall Street.) If you don’t have trust and confidence in the man running the U.S. Treasury Department, you don’t have trust and confidence in anything to do with money in America. If you follow some excruciatingly bad advice and nominate a man who can’t pass the smell test from the get-go, have the good sense to yank the nomination before your reputation follows that of the nominee.

Max Baucus, Chairman of the Senate Finance Committee, needs to stop pretending that it’s a few rogue Republican Senators who have a problem with Jack Lew. It’s everybody, left right and center, who has taken a close look at this man’s past.

Let’s start with that $1.3 million house purchase in the Riverdale section of the Bronx on August 22, 2001. Lew was coming out of the Federal government and a residence in Potomac, Maryland and taking an administrative job at New York University – a nonprofit institution subsidized by the taxpayer. Lew had never worked for NYU before and thus had no track record with them.  Why would NYU buy this man and his family a $1.3 million home? Lew has tried to characterize this as a housing allowance.

I reviewed the document filed with the New York City property records department. On August 22, 2001, the New York University Law School Foundation gave Lew and his wife a $1.3 million mortgage so that they could buy this luxurious stone home with 4,584 square feet of living space in an upscale neighborhood in the Bronx.

In Lew’s own written words, responding to written questions from Senator Chuck Grassley, this loan was to be forgiven in equal installments over five years and the interest on the loan was being reimbursed to Lew in an annual payment.

If your mortgage is being forgiven in its entirety and your interest on the mortgage is being reimbursed – this is not a loan. You are being handed a $1.3 million home in an upscale neighborhood in the Bronx as long as you remain with your employer for a paltry five years. As we previously reported, Citigroup took over this loan which had a large, as yet unexplained, balance at the end of Lew’s five years with NYU. However, Lew reports he received “severance” when he voluntarily left NYU. The “severance” may have been the final installment of the forgivable loan. Any further clarifications by Lew on this matter have yet to be made public by the Senate Finance committee.

The large NYU mortgage was taken over by Citigroup in 2007, modified in 2010 and again on January 14 of this year, just four days after Lew was nominated for Treasury Secretary. The loan currently enjoys a 3.625 percent rate of interest.

One can understand Citigroup’s pursuit of people in full time high level positions in the U.S. government; at one point it had former President Gerald Ford, former Treasury Secretary Robert Rubin, and former CIA Director John Deutch on its Board at the same time. The question is, why would a nonprofit institution of higher education take endowment funds from its school of law foundation and buy an employee a $1.3 million home while allowing tuition rates to skyrocket? Why not simply pay Lew’s rent or give him one of the multitude of apartments NYU owns in lower Manhattan? What is the motive and who authorized this obscene perk to a man just being hired?

It turns out that the Wall Street cartel has oozed itself (like that 1950s sci-fi movie The Blob) into every nook and cranny of New York life, including the Board of Directors of New York University. During Lew’s employment at NYU, the Board of Directors was chaired by Martin Lipton, a partner at law firm Wachtell, Lipton, Rosen & Katz. Lipton was the go-to guy for Citigroup chief Sandy Weill when he or his colleagues were facing fraud charges. Weill, the poster boy for obscene pay, left the company a billionaire. Two years later in 2008, the company collapsed with the U.S. taxpayer forced to insert a life support tube to the tune of $2.5 trillion dollars including equity, asset guarantees and loans from the Federal Reserve.

Also on the NYU Board was Maurice (Hank) Greenberg, the former Chairman and CEO of AIG which also collapsed into the arms of the U.S. taxpayer, requiring a $182 billion bailout. In 2006, AIG paid $1.64 billion to settle federal and state probes into fraudulent activities. In 2010, the company settled a shareholders lawsuit for $725 million that accused it of accounting fraud and stock price manipulation. In 2009, Greenberg settled SEC fraud charges against him related to AIG for $15 million; now he’s suing the U.S. Government because he doesn’t think the bailout was generous enough to shareholders like himself.

There were other illustrious Wall Street characters on the NYU Board: Richard (Dick) Grasso, the former Chairman and CEO of the New York Stock Exchange, which back then was a nonprofit organization. Eliot Spitzer, then New York State Attorney General, sued Grasso for helping himself to $187 million in compensation, violating non profit law in New York State according to Spitzer. (The case was eventually dismissed when the New York Stock Exchange became a for profit corporation under reasoning by the Court that taxpayers shouldn’t be funding a potential windfall for private shareholders.)

Also on the NYU Board at that time was Alan Greenberg, Chair of the Executive Committee of Bear Stearns, the first Wall Street firm to collapse in 2008. The Board also included Ken Langone, who had been sued by Eliot Spitzer for turning a blind eye to Grasso’s compensation rip-off as Chair of the New York Stock Exchange Compensation Committee at the time Grasso’s outrageous pay plan was approved.

According to a report dated December 2012, Lipton is still Chairing the NYU Board; Langone is still on the Board and has a medical center named after him; Hank Greenberg is currently listed as a “Life Trustee”; Citigroup is funding a “Leadership and Ethics Program” at the University. You can’t make this stuff up. 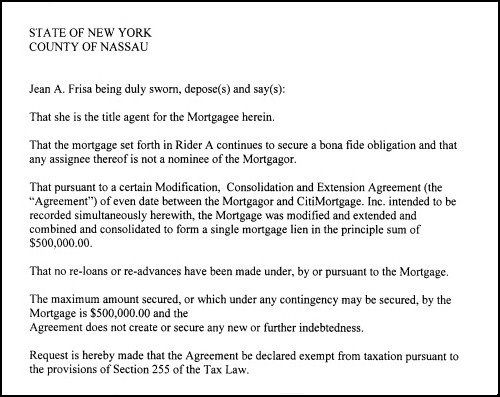