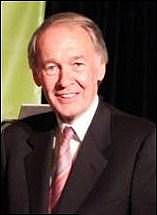 Congressman Edward Markey (D-Massachusetts) sent a letter to the Securities and Exchange Commission (SEC) last week, asking it to use its inherent authority to limit the use of High Frequency Trading. Markey called the practice a “clear and present danger to the stability and safety of our markets” and said “its use should be curtailed immediately.” He noted that Congress had already given the SEC the power to ban this practice. (See full text of letter at link below.)

High Frequency Trading (HFT) is a technique used by sophisticated Wall Street firms and hedge funds using algorithms to buy and sell stocks on exchanges in a fraction of a second, or as Markey put it in his letter, “thousands of times faster than a human can breathe or even think.”

Markey details for the SEC a system that has effectively consumed the marketplace, pushed out the individual investor, and has left a risky, highly volatile market prone to the vagaries of fast, fickle money.

In his letter to the SEC, Markey makes reference to a speech given in 2010 by Andrew G. Haldane, the Executive Director of Financial Stability for the Bank of England. (Full speech at link below.) Haldane had noted that in 2010, high frequency trading firms accounted for 70 percent of equities trading in the U.S. The context of that statement in the speech by Haldane is as follows:

“Warren Buffett told Berkshire Hathaway investors in 1988 ‘our favourite holding period is forever.’ But for an increasing fraction of the financial world, the favoured investment horizon seems to be whenever.

“A number of structural factors help account for these trends, some of them positive. Transactions costs in equity markets have fallen significantly. This has encouraged growth in a particular class of investor — high-frequency traders (HFTs). While HFTs are not new, their speed of execution has undergone a quantum leap. A decade ago, the execution interval for HFTs was seconds. Advances in technology mean today’s HFTs operate in milli- or micro-seconds. Tomorrow’s may operate in nano-seconds.

Markey noted that trading volume is half of what it was prior to the financial crisis and said “there is a real risk that algorithmic trading is making investors hesitant to re-enter the equity market because they fear that the entire game is rigged.”

Where would investors get such an idea – that the market is rigged against them?  The May 6, 2010 Flash Crash which caused a 998-point bungee jump on the Dow Jones Industrial Average is the most notable example but other examples abound: the failure of the U.S. Department of Justice to criminally prosecute any titans at the major Wall Street firms; news that Wall Street and its European counterparts created a cartel to rig Libor interest rates for years while using that rigged benchmark to set rates on mortgages to consumers and swap deals with municipalities all over America; that news of more Wall Street corruption occurs almost daily.

As I read Markey’s letter, I thought of the remark Roger Moore had made about giving up skiing because of the snowboarders. The aging former star of the James Bond movies told the British newspaper, The People, that “I have stopped skiing because I’m nervous about all the snowboarders. I’ve been hit by a couple. It’s really knocked my confidence. It’s much more difficult getting up at my age.”

The baby boomers and elderly who previously invested on Wall Street have a similar problem. They’ve been knocked around so much and in so many different ways by Wall Street that the risk is too great to return. And for those who have retired, like Moore said of falling, it would be too difficult to get back on their feet if they suffered more losses at the hands of Wall Street’s rigged games.