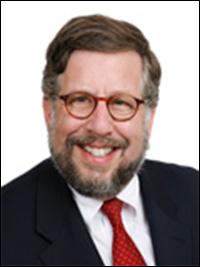 Geoffrey Aronow, Named as the New General Counsel of the SEC

On Monday, the Obama administration gave the press the following stories to convey to their readers: the nomination of former Republican Senator Chuck Hagel for Secretary of Defense; the nomination of John Brennan as Director of the CIA; $20 billion in foreclosure settlements with 11 banks with scant details provided; and the appointment of Geoffrey Aronow as the General Counsel of the SEC.

On a heavy news day, corporate business media frequently travel as a herd of elephants with their trunks wrapped securely around the tail of the fellow in front.  Thus, when it came to reporting the new top lawyer at the SEC, corporate business media led with the fact that Aronow had been the former head of enforcement at another regulator – the Commodity Futures Trading Commission (CFTC).

As it turns out, Aronow’s days at the CFTC consisted of a four-year post from 1995 to 1999.  Before and after that time, he has been a corporate lawyer representing people and companies who are the subject of enforcement actions by Wall Street regulators. Before joining the CFTC, Aronow was a partner at Arnold & Porter from 1988 to 1995.  He rejoined the firm after leaving the CFTC and worked there from 1999 to 2004 when he joined Heller Ehrman LLP.  He worked at Heller Ehrman from 2004 to 2008 when he left to become a partner in the Washington D.C. office of Bingham McCutchen LLP in August 2008. Aronow has been a partner at Bingham McCutchen since 2008.

Aronow has been representing a unit of one of the big four accounting firms, KPMG, in one of the most critical and controversial matters currently before the SEC.  Last month the SEC charged the Chinese affiliates of the big four accounting firms, Deloitte, Ernst & Young, KPMG, PwC as well as a unit of accounting firm BDO with violating the US Securities Exchange Act and the Sarbanes-Oxley Act. The laws require foreign public accounting firms to provide the SEC with their work papers involving any US-traded company when requested to do so by the SEC.  The firms refused to comply with U.S. law on the basis that it conflicts with Chinese law which prohibits foreigners from gaining access to accounting work papers, effectively eliminating the ability of the SEC to sleuth out accounting frauds by Chinese companies.

This is no small matter as evidence of massive accounting frauds on the part of Chinese companies is escalating.  Since 2006, the SEC has been stripping the SEC registration status of dozens of Chinese firms that were issuing false financial statements or failing to file the legally required accounting reports with the SEC.  Frequently, those Chinese companies were represented by the Chinese affiliates of the big four accounting firms.  Deregistrations eliminate the ability of the Chinese firms to trade on U.S. exchanges.  (Most of the companies were trading on Nasdaq.)  The SEC has already deregistered four dozen firms and has investigations pending against dozens more.

Aronow’s law firm is not just any law firm where the big four accounting firms are concerned.  According to Bingham McCutchen’s web site, it views itself as “accountants’ lawyers.” The firm’s Accountant Defense Practice Group “represents the largest national accounting firms and their personnel in matters touching upon virtually every aspect of the accounting industry, and we have done so for decades,” reads the web site.

The SEC has taken the big four accounting firms to court over their refusal to turn over the accounting documents. The matter has been called an “accounting Armageddon.”  If the new General Counsel of the SEC decides to pursue the lawsuit, the result could be the delisting of all Chinese stocks currently listed on U.S. stock exchanges and sanctions and fines against the accounting firms.  That’s not such a fanciful outcome according to accounting experts.

Aronow’s recent engagement with KPMG on this matter, his law firm’s extensive and long-tenured position as counsel to the big four accounting firms who are deeply vested in this matter, render Aronow a deeply conflicted and highly unsuitable candidate to restore investor trust at the SEC.  His name should be withdrawn immediately.