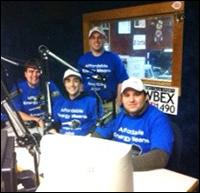 California Grassroots Mobilization is the third firm linked to Nathan Sproul which was registered with a Secretary of State by a subsidiary of the foreign corporation, Wolters Kluwer – a sprawling conglomerate based in Amsterdam, the capital of the Netherlands, with operations in 35 foreign countries.  Why Wolters Kluwer is fronting for Sproul and why a foreign corporation has been involved in the 2006 mid-terms, and the 2008 and 2012 U.S. Presidential elections should rouse the FBI and Justice Department from their perpetual slumber on anything that doesn’t involve a man in a turban.

California Grassroots Mobilization shows Meghan Cox, Nathan Sproul’s partner in Lincoln Strategy Group, as a “member” on its registration with the Secretary of State in Arizona with a residential condo near Sproul’s office as its address.  The company was first registered in California in 2006 with no ability to trace it to Sproul when thousands of falsified voter registrations turned up in the state.

According to records at the California Secretary of State, the California Republican Party paid California Grassroots Mobilization over $2.4 million between May 2006 and July 2007, including the eye popping amounts of $393,941.24 on November 2, 2006 and $431,022.76 on November 10, 2006.  The November 10 amount, the largest of the payments, did not show up until after the November 7 election, when 33 Senate seats were being contested.

According to LinkedIn profiles of people who have worked for Nathan Sproul and Meghan Cox groups, they were “political operatives,” seamlessly moving between a Republican candidate’s campaign, voter registration and work for a monster coal lobby group called American Coalition for Clean Coal Electricity (ACCCE), a compilation of 34 of the largest electricity generators, coal producers and vendors.

A spokeswoman for ACCCE, Lisa Camoosa Miller, confirms that both Cox and Sproul “did subcontract work for our primary advocacy and grassroots consultant, who was at the time the Hawthorn Group. They were hired to visit rallies and events to distribute hats and t-shirts (Coal=Jobs), to staff our mobile classroom and to sign up attendees who were interested in being members of our grassroots efforts.”

While the Sproul name is now synonymous with voter registration fraud allegations, the Hawthorn name is linked to more than a dozen forged letters sent to Congress in 2009 using the name of actual groups for seniors, veterans and civil rights organizations to lobby against the passage of the Waxman-Markey climate bill.  The scam was detected and traced to the work of Donner & Associates, a firm hired by the Hawthorn Group which was working on behalf of ACCCE. The Sierra Club responded with an advertisement reading: “When Dirty-Energy Washington Lobbyists couldn’t get any real-life supporters to defeat comprehensive clean energy and climate legislation, they made them up instead.”

In 2008, anticipating climate legislation, ACCCE spent over $38 million in ad campaigns and $10.4 million on federal lobbying according to the Center for Responsive Politics.  But Miller says the workers signed up by Cox and Sproul did no lobbying.  An online job profile posted by Vince Surace Jr. calls that into question.

One of the astroturf groups was called America’s Power Army.  It was ostensibly to be a 225,000-strong citizen group so enthralled with coal that members would just volunteer to dedicate their life to spreading the good word about “clean coal.”  Surace says in his profile that he worked for Lincoln Strategy Group, where Sproul and Cox are partners, under a contract from November 2008 to September 2009 as a “political operative,” for America’s Power Army, “visiting community leaders, Mayors, Governors, media….” Other workers say their job was to turn out at town hall meetings attended by members of Congress and ask questions that intimated support for the coal industry. Some watchdog organizations say that is a clear form of lobbying and the individuals should have registered as lobbyists.

In this amazing interview by “news” director, Mike Smith, at WKKJ FM radio in Chillicothe, Ohio, Tarascio and three other men working for ACCCE are depicted as working for a “cause” to educate voters.  The on-line story reads:

“A group of individuals representing the American Coalition for Clean Coal Electricity are also on the campaign trail — educating voters of how important coal will be to our nation’s future.

“Four individuals from the organization stopped by our studios Friday to talk about their cause. Scott Howard is from Colorado, Alex Tarascio of Oregon, Tim Ross from Coshocton, Ohio and Josh Cockerell of Florida.”

Only if you click on the audio tape can you see the word “advertisement” blink across the screen for a subliminal second. The radio station is owned by Clear Channel Media and Entertainment, whose parent company is owned by Mitt Romney’s former employer, Bain Capital Partners, LLC along with Thomas H. Lee Partners, L.P. According to Clear Channel’s web site, there are over 850 Clear Channel radio stations reaching more than 110 million listeners every week. Employees of Bain & Company and Bain Capital have contributed over $390,000 to Romney’s campaign according to the Center for Responsive Politics.

By using an agent nominee, Sproul’s name and office address were completely shielded from public disclosure through the Secretary of State’s office.  It was the first rate investigative work of Greg Flynn of BlueNC, Lee Fang of The Nation, and Brad Friedman of The Brad Blog who tracked down the web of connections that led to Sproul and have since been confirmed.

There is a fourth firm tied to Sproul that is registered with the Secretary of State in Delaware, Issue Advocacy Partners LLC.  Multiple calls to that office could not unleash anything further than the date of registration, April 20, 2012, and the location, 1000 N. West Street, Suite 1000, Wilmington, Delaware, most likely the address of its agent nominee.  According to the Secretary of State’s office, no information is given out on limited liability companies.  Welcome to the Cayman Islands.

What Greg Flynn tracked down through on-line help wanted ads, is that Issue Advocacy Partners was actively working for Sproul despite announcements by the Republican National Committee that it had terminated the services of Strategic Allied Consulting once fraudulent voter registration forms emerged across Florida and improprieties in other states. According to the Los Angeles Times, Issue Advocacy Partners was also paid $500,000 by the Wisconsin Republican Party for work during the recall race of Governor Scott Walker.

The $2.4 million paid to California Grassroots Mobilization by the California Republican Party adds to the $1.2 million it paid to Grassroots Outreach since 2008, bringing the tally to Sproul related firms to $3.6 million in the last four years, just in California. That doesn’t include funds from corporations and wealthy individuals who funneled more millions to the groups.

According to the Washington Post, “Sproul and firms linked to him have been paid $21.2 million by the Republican Party, its candidates and affiliated interest groups over the past nine years.”  That figure is likely understated by the $2.4 million that flowed to California Grassroots Mobilization since the ties to Sproul were not heretofore known.

What has the ranking Democrats in Congress rightfully outraged is that the Republican National Committee and state Republican parties continued to funnel money to Sproul through firms using identities untraceable to Sproul, despite an egregious pattern of fraud allegations in 2004, 2006, 2008 and now again in 2012.  Allegations ranged from deceptively re-registering Democrats and Independents as Republicans, shredding Democratic registration forms, to current charges of registering dead people, using fake addresses to re-register voters with the potential to disenfranchise legitimate voters when they show up at the polls.

Last Thursday, a Pennsylvania man who had previously worked for Sproul, Colin Small, was arrested after being caught dumping completed voter registration forms into a dumpster in Harrisonburg, Virginia.  Yesterday, that matter was accepted for investigation by the Virginia Attorney General, Ken Cuccinelli II.

On Tuesday, three House Democrats from Virginia  sent a letter to U.S. Attorney General, Eric Holder, seeking an investigation by the Justice Department.  The letter was sent by Jim Moran, Bobby Scott, and Gerry Connolly and noted that their request for an inquiry was prompted by the fact that the Sproul operations now face “more than 200 allegations of voter registration fraud including registration of the deceased.”