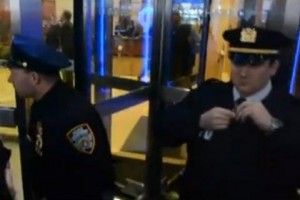 Members of the New York City Council and participants in the Occupy Wall Street protests filed a lawsuit in Federal Court on April 29, chronicling an out of control New York City Police Department that is systematically crushing civil rights and quashing dissent through brutal force, lies, cover-ups and attempting to block both mainstream media and citizen journalists from covering the illegal acts.

A stunning video reminiscent of brutal dictator regimes that documents the police brutality and crackdown on peaceful protestors was included in the exhibits provided to the court.  The video can be viewed here:

The lawsuit charges the Mayor of New York City, Michael Bloomberg, and Police Commissioner, Raymond Kelly, with conspiring with private corporations to suppress the constitutional rights of citizens.  JPMorgan Chase is named as a defendant in the lawsuit and one of the co-conspirators for illegally blocking access to a public plaza.

Despite the lawsuit, the NYPD was out in force in front of JPMorgan Chase today as protestors held a demonstration in front of the bank. 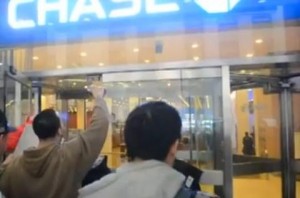