The Other John in the MF Global Story 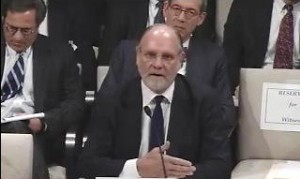 Jon Corzine, former CEO of MF Global, the financial firm that collapsed with a $1.6 billion hole in customer accounts, has wealth, a top criminal attorney, and political clout in Washington.  But there’s another lesser known John in the MF Global story who is proving himself to be a tenacious thorn in the side of the former U.S. Senator and Governor from New Jersey.

John Roe has what Jon Corzine should fear most: he’s an industry executive and former insider at the predecessor firm of MF Global — Refco, Inc. — and understands how its accounting technology works.  He’s not buying the “official” story that $1.6 billion of customer money just innocently fell into the wrong hands during the last week of the firm’s existence. 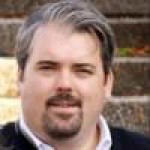 Since MF Global filed for Chapter 11 bankruptcy on October 31, 2011, Roe has led a whirlwind assault on Corzine’s version of events and the Wall Street power players who hoped to pocket customer funds with no questions asked.

Roe quickly co-founded the Commodity Customer Coalition with attorney James Koutoulas, a nonprofit which is advocating in the courts and public arena on behalf of over 8,000 customers of MF Global.

In an April 2, 2012 letter to U.S. Attorney Eric Holder, U.S. Attorneys General for the Chicago and New York districts where MF Global maintained offices, and members of the Senate and House committees investigating the collapse, Roe wrote that there was “intent to commit an actual fraud…”

“Our assertion that intent to commit an actual fraud occurred in the MF Global collapse centers on the combination of two different sets of transfers. Documents obtained by the CCC show that in the final week of October 2011, MF Global converted customer wire transfer requests to payments by check. At the same time, MF Global sent wire transfers to counterparties from that same customer segregated account to satisfy proprietary obligations. Specifically, we are referring to a wire transfer of $200 million from MF Global’s customer segregated account to a proprietary MF Global account held by JPMorgan in the UK. This account in London was overdrawn by $175 million. At the same time MF Global was wiring this money to its creditors out of customer segregated funds, it was sending money by check to customers seeking withdrawal of their funds, despite the fact that customers asked for wire transfers and MF Global’s standard practice was to send customers their funds by wire. These activities—paying creditors quickly while returning customer funds as slowly as possible—provide strong evidence that MF Global knew or should have known that it was sending customer funds (not excess segregated funds) to its creditors in its final days.”

Roe gets some evidentiary backup to this assertion from an internal document that has surfaced.  Just eighteen days before MF Global filed for bankruptcy, its top fiduciary departments prepared a hypothetical death spiral scenario titled “Break the Glass.” The document mapped out a playbook of how the firm should respond if its debt was downgraded by the ratings agencies.  The following statement appears in the document:

“How quickly do we want to send cash back to clients, what is the message if we do not send immediately, what is the strategy if we want to keep the customer and wait until the storm passes…”

The checks mailed to customers bounced because they were received after the firm had filed for bankruptcy and the bank accounts were frozen.

JPMorgan Chase has also come into Roe’s cross hairs for still holding on to customer funds six months after the firm failed.  On April 23, 2012, Roe and Koutoulas filed a letter with the same investigators who had received the April 2 letter, calling out JPMorgan Chase’s “pattern and practice of improperly using customer funds.”  The two wrote:

“In terms of relief, the CCC first requests that U.S. Government officials demand that JPMorgan Chase disgorge all MF Global customer property immediately. Second, given JPMorgan Chase’s apparent business pattern and practice of improperly using customer segregated funds—as evidenced by the recent CFTC nominal fine of $20 million for similar misconduct in Lehman —the CCC requests that lawmakers and the regulatory agencies work together to implement a ‘three strikes rule’ for corporate bad actors like JPMorgan Chase because the current nominal fines are viewed as simply a cost of doing business rather than a legal deterrent.”

Also on April 23, 2012, Roe wrote to the U.S. Senate Banking Committee to question the conduct of Louis J. Freeh, the former FBI director who was appointed as Trustee for MF Global’s parent holding company.  Roe believes the Chapter 11 bankruptcy should be converted to a Chapter 7 to prevent it from becoming a windfall for Wall Street lawyers.

Roe wrote the following to the Senate Banking Committee:

“Chapter 11 permits MF Global’s creditors to pay for their legal expenses out of the estate of MFGH. Two of those creditors are the two largest banks in the United States. While they receive the benefit of having assets of MFGH pay for their legal expenses, customers of MF Global have to pay their own way. If recoveries of MFGI customers are available at the holding company, as the SIPA Trustee now contends, the net effect of this will be that misappropriated customer property of farmers and ranchers pays for the legal expenses of large banks and financial intuitions. The legions of professionals now billing the assets of the MFGH estate will amount to a plundering of MFGI’s customer assets. The chilling effect this result would have on financial markets in the US cannot be overstated. A conversion to Chapter 7 corrects this patently unfair use of the bankruptcy laws for the direct financial benefit of ‘too big to fail’ banks who received taxpayer assistance in 2008.”

While MF Global remains a black hole of opacity in many respects, it’s safe to assume that were it not for John Roe and James Koutoulas, both customers and the public would have far less clarity on the largest Wall Street collapse since Lehman Brothers.