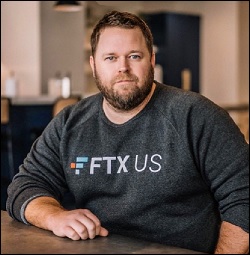 Daniel Friedberg, a former attorney at the collapsed crypto exchange, FTX, has filed a heart-stopping declaration today with the U.S. bankruptcy court in Delaware. He is effectively accusing one of the oldest law firms in America, Sullivan & Cromwell (S&C), of engaging in a fraudulent scheme in the FTX bankruptcy case. Friedberg further alleges that this fraudulent conspiracy was helped from the inside of FTX by S&C’s former law partner, Ryne Miller.

According to new management at FTX, at least $8 billion of customer funds are missing, with the bulk of the money illegally diverted for use by Alameda Research, a hedge fund owned by the former co-founder and CEO of FTX, Sam Bankman-Fried, who has pleaded not-guilty to 8 criminal felony counts brought by the U.S. Department of Justice. Two of his top lieutenants, Caroline Ellison and Gary Wang, have pleaded guilty and are cooperating with prosecutors.

But none of the prior objections can hold a candle to the breathtaking charges being made by Friedberg. In one section of Friedberg’s declaration involving former S&C law partner, Ryne Miller, Friedberg writes as follow:

“After being hired, Mr. Miller came to me and asked if he could engage Sullivan & Cromwell, LLP (‘S&C’) as counsel for the Debtors. I responded that as general counsel, it was his role to generally approve outside counsel for FTX.US.

“Mr. Miller informed me that it was very important for him personally to channel a lot of business to S&C as he wanted to return there as a partner after his stint at the Debtors. This bothered me very much and I told him that his job was to only hire the best outside counsel for the job, and that his allegiance was now to the Debtors and not S&C. This continued to be a problem throughout his work at the Debtors as further described below.

“Mr. Miller quickly engaged S&C on many matters for FTX.US and S&C acted as primary counsel for FTX.US, FTX Derivatives (formerly Ledger X) which was a subsidiary of FTX.US (‘LedgerX’), and Emergent (an entity owned by Sam that invested in Robinhood shares). S&C also acted as personal counsel to Nishad [Nishad Singh, an FTX executive] and Sam….”

Later in the filing, Friedberg makes even bolder allegations, writing:

“On November 7, 2023, certain FTX personnel including Sam informed certain executives in the Bahamas of the existence of an $8 billion customer deficit with respect to FTX International.

“The FTX International general counsel contacted me by zoom to inform me of this shocking development.

“Prior to this disclosure, I had no idea of any customer deficit. It was not my job as regulatory counsel to conduct a customer proof of reserves; indeed, I would have no idea how to do this. I relied on the executives, the finance team, and the auditors, and believed that the customer assets were fully funded on a 1:1 basis as advertised to the customers.

“I was in the New York office of FTX.US at the time and went to Ryne Miller to inform him of the development. Mr. Miller was already aware of the development and said that he was busy contacting ‘all the billionaires that he knew’ to provide emergency financing to cover the customer deficit.

“I explained to Mr. Miller that he had to review his ethical obligations before continuing to represent FTX.US under such circumstances, and soliciting financing under the circumstances might conflict with his ethical duties. He dismissed my concerns and remained optimistic about helping Sam get future financing.

“I reviewed my ethical obligations that evening and felt that there was substantial risk that I would be used to further additional fraud in connection with the additional investment efforts if I stayed on. In addition, I no longer trusted Sam, Gary, or Nishad, and did not think that I could proceed under such circumstances.

“I therefore tendered my resignation the following day.

“A day or two later, I had a final call with Ryne Miller as I was concerned about the direction of the companies. This was after CZ of Binance [a crypto exchange competitor] had announced that he was abandoning the purchase of the Debtors and it looked like bankruptcy was the only answer for the FTX International Group and the Alameda Group.

“On that call, I first informed Mr. Miller that we had been counseled by all our other law firms that the bankruptcy filings of FTX International Group and the Alameda Group should occur outside the United States, and likely in Bahamas or Europe. This was in part because of the unnecessary expense of the US bankruptcy system, the situs of the primary regulator, as well as the fact that creditors of the FTX International Group were outside the United States, amongst other legal issues.

“Mr. Miller told me that the bankruptcy filings of FTX International Group, the Alameda Group, and the FTX.US Group had to be in the United States because otherwise S&C couldn’t do the job.

“I then told Mr. Miller that FTX.US should not file bankruptcy at all until it was certain that there were insufficient assets at FTX.US. Indeed, the tech team checked the wallets and had told the FTX International general counsel at the time of the disclosure of the customer deficit that FTX.US was not affected. I told Mr. Miller that the FTX.US crypto exchange needed to be retained if at all possible and sold as a going concern to allow the preferred shareholders to be paid back. Mr. Miller stated that he needed to include FTX.US as part of the bankruptcy because FTX.US had the cash to pay S&C its retainer. Without this retainer from FTX.US, S&C wouldn’t file. I told him that it wasn’t proper for FTX.US to pay for the expenses of the bankruptcy of FTX International Group or the Alameda Group.

“Mr. Miller informed me that S&C was installing ‘S&C’s guy’ to run all the companies. [That refers to John J. Ray III who has been put in the post of CEO of the FTX group of companies and has appointed a new Board of Directors.] I told Mr. Miller that S&C was not the proper law firm to select because of the claims and conflicts, as well as the exorbitant costs of the firm. Mr. Miller told me that there was over $200 million cash in LedgerX and that he was going to send these funds to S&C, and that bankruptcy legal costs were therefore not a problem.

“I was horrified at this response and started to try to remind him of his ethical obligations and that he was stealing further funds from customers, but he hung up the phone on me and terminated the call….”

If that is not enough to take one’s breath away, Friedberg goes on to provide a chart of the legal causes of action that could be leveled against the various separate business entities of FTX to demonstrate why it was improper for the new CEO and Sullivan & Cromwell to lump all of these companies together as one pot of money. Friedberg writes:

“Based on advice of counsel, each of these groups were intended to be separated. For example, the FTX International exchange was operated from a server housed in Japan, while the FTX.US exchange was operated from a server in Virginia. The wallets and assets of FTX International and FTX.US were separated in these different instances. There are conflicting claims that arise between each of these entities as set forth below, and each of these groups deserve separate independent counsel as described in the chart below. Note that the chart below raises just a few of the myriad of conflicts between the group entities requiring separate counsel.”

“Each of these groups have different creditor classes which each deserve separate legal representation as well as separate creditor committees.

“S&C represented all of these groups simultaneously without proper conflict waiver. S&C also represented Sam and Nishad personally. The lawyers in this important bankruptcy proceeding should be independent and not have a history of representing all of the various groups and the principals at one time….”

Sullivan & Cromwell did provide a document previously to the court that confirmed that Sam Bankman-Fried and Nishad Singh were former clients of the firm.

Next, Friedberg goes on to detail the claims that creditors would likely have against Sullivan & Cromwell, which should disqualify it from serving as lead counsel. Friedberg writes in part:

“The first claim involves a breach of ethical obligations and overbilling by S&C during their representation of Alameda in its credit bid in the Voyager bankruptcy.

“At the time that this Voyager credit bid matter commenced, S&C sent me their retention letter which I signed with respect to that particular matter. Regretfully, I did not fully read the exhibit to the letter. S&C was our prior counsel and I did not imagine that they would try to slip something in the engagement letter. I was proved to be wrong.

“S&C represented Alameda for a few months on this matter without tendering a bill. I saw that there were an unnecessary number of S&C lawyers working on the matter, and assumed that it would be a high bill, and expected a cost of $500,000. This sounds like a shocking fee but this would be normal for S&C.

“Andrew Dietrich [Dietderich] sent me a bill for $6.5 million as a flat fee for the entire matter and stated that the engagement letter I had signed provided for ‘value billing’ and this was a $1 billion transaction. I was absolutely shocked and told him that we only pay by the hour.

“To be clear, Alameda engaged S&C to place a bid on assets in a bankruptcy that took a few months and they charged $6.5 million for the matter!

“I later learned that Ryne Miller authorized payment of $2.5 million to S&C for the matter.”

Friedberg also lists what he alleges are numerous false statements made to the court by Sullivan & Cromwell partners. For example, he writes the following about law partner Andrew Dietderich:

“In paragraph 5 of the Dietderich Supplemental Declaration, Mr. Dietderich states that Mr. Ray was the one who decided to file the Debtors for Chapter 11 protection. As stated above, S&C and Ryne Miller selected this route and chose ‘their guy’ to run it….”

Friedberg closes this bombshell by indicating that he expects to be targeted by S&C for making these allegations and declares under penalty of perjury that his statements are truthful.