Citigroup’s Role in “Flash Crash” in Europe Yesterday Is Reminiscent of Its “Dr. Evil” Trade in 2004 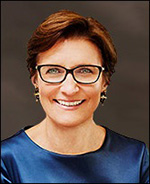 Yesterday the international newswire, Reuters, broke the story that the U.S. megabank, Citigroup, was responsible for a flash crash that plunged Sweden’s benchmark index, the OMX, by 8 percent at its low. The index later recovered to close with a loss of just under 2 percent. The plunge caused a rapid ripple effect that briefly spread to other European stock markets.

Trading volume in Europe was lower than normal yesterday because the London Stock Exchange was closed for a banking holiday. (As detailed below, Citigroup previously exploited a low volume day in August 2004 in the European bond market.)

Citigroup has confirmed its role in yesterday’s flash crash, releasing the following statement on Monday:

“This morning one of our traders made an error when inputting a transaction. Within minutes, we identified the error and corrected it.”

El Pais, a leading newspaper in Spain, reported that “European stock markets as a whole lost over €300 billion as a result of the so-called Nordic flash crash.” That’s the equivalent of approximately $315.5 billion – not an insignificant chunk of change.

Adding further intrigue to the situation is a statement from the U.S. stock market operator, Nasdaq, which also operates the stock exchange in Sweden, that it did not see any reason to cancel trades that occurred during the event.

To put that another way, Citigroup, with a notorious history of abusive market behavior, causes losses of more than $300 billion, which could have triggered previously-entered stop-loss orders which locked in the losses to investors, and Nasdaq plans to let those erroneously-triggered orders stand.

Adding further to the intrigue, Bloomberg News reported that the trader responsible for the “error,” is employed at a London trading desk at Citigroup. The London trading desk of Citigroup was bailed out by the Federal Reserve during and after the 2008 financial crisis according to an audit conducted by Government Accountability Office, the auditors for Congress.

This so-called “error” yesterday by Citigroup would be a lot more believable were it not for Citigroup’s past history – which includes an uncannily similar episode in 2004 which Citigroup’s traders code-named the “Dr. Evil” trade. The trade exploited a weakness in electronic bond trading during a low volume day in August. Citigroup traders placed sell orders for billions of dollars of bonds within a matter of seconds, driving down prices, then bought the bonds back at the lower prices, earning significant profits in the process. Citigroup was fined $26 million in 2005 by Europe’s Financial Services Authority for the Dr. Evil trades.

Dr. Evil was not the first time that Citigroup used a code name for an unseemly maneuver. Citigroup staffers created another code name, “Buca Nero” – Italian for “Black Hole” – for an accounting maneuver it used to make debt appear to be an investment at the debt-strapped Italian dairy giant, Parmalat. The company collapsed in 2003 in what was then Europe’s largest bankruptcy.

In 2005 Citigroup settled charges with the Securities and Exchange Commission for $101 million for helping the infamous energy company, Enron, inflate its cash flows and under report its debts. Also in 2005, Citigroup settled with private litigants for $2 billion over its role in the bankruptcy of Enron.

In the leadup to Wall Street’s financial collapse in 2008, Citigroup had been creating Structured Investment Vehicles (SIVs) and using them to move its toxic subprime debt off its balance sheet. The problem was that those SIVs contractually promised to provide liquidity to buyers of the SIVs’ commercial paper (which was quietly residing in big-name mutual funds in the U.S.) if there were no other buyers who wanted to roll over that commercial paper. That meant that Citigroup, in providing those liquidity puts, had to put this toxic subprime debt back on its own balance sheet during the financial crisis of 2008 and take massive losses. Citigroup’s stock went to 99 cents in 2009 as it was receiving the largest taxpayer bailout in U.S. history.

While all of the above was going on, Sandy Weill, the Chairman and CEO of Citigroup, had amassed a fortune from the bank through a technique that compensation expert Graef “Bud” Crystal called the Count Dracula stock option plan. You couldn’t kill it; not even with a silver bullet. Nor could you prosecute it, because Citigroup’s crony Board of Directors regularly signed off on it.

The plan worked as follows: every time Weill exercised one set of stock options, he received a reload of approximately the same number of options. By the time Weill stepped down as CEO in 2003, he had received over $1 billion in compensation, the majority of it coming from his reloading stock options. (Weill remained as Chairman of Citigroup until 2006.) One day after stepping down as CEO, Citigroup’s Board of Directors allowed Weill to sell back to the corporation 5.6 million shares of his stock for $264 million. Citigroup’s Board negotiated the fixed price at $47.14 for all of Weill’s shares.

While shareholders are still licking their wounds from Weill’s robber-baron leadership of Citigroup, Weill is living a billionaire’s high life.

Procter & Gamble is in a lot of hands. Because of its historic strong performance and stability, it’s owned by a lot of conservative mutual funds.  It would be beneficial to someone wanting to conduct a bear raid on the market on May 6 to knock out all those trailing stop loss orders on Procter & Gamble and pick up a tidy quick profit.  (A stop loss order is when one wishes to place a limit on how far down one wants a stock price to go before it is automatically sold.  That order stays in place for weeks or months or even years until the stock reaches that price and then is executed on the next tick.  Unfortunately, on May 6, the next tick could have been many points below the last tick.) Stop loss orders also serve to slow down plunging stock prices because they cause trades to be printed at each of these various price levels, offering a chance for new buyers to come in at these prices.  Once these are knocked off, there’s a big air pocket in a plunging market.

According to reports of time and sales, around 2:45 p.m. when the massive market disruption got underway, Procter & Gamble traded at $59.66.  It had opened the day at $61.91.  About a minute later, it was trading at $57.36, then $53.51, then it hit a liquidity air pocket and plunged to print a trade at $39.37.  This created panic in the market.  If one of the most conservative stocks can hit a 36 percent downdraft, some traders thought a major news event was happening outside.  Liquidity hit a wall.   In an eight minute span, the Dow lost $700 billion and saw a cumulative decline of 998.5 points or 9.2 percent before turning on a dime and moving in the opposite direction. It closed the day down 3.2 percent.

Aggravating the liquidity crunch on May 6 was the fact that the New York Stock Exchange, where Procter & Gamble is listed, paused trading momentarily to let humans on the floor of the exchange attempt to find buying support.  That pause sent trades off to the world of electronic exchanges which now make up the bulk of all trading in the U.S.  The New York Stock Exchange has only a 25 percent market share in its own listed stocks.  The cowboys of capitalism command the rest.

To underscore how dramatic and unprecedented the trading in Procter & Gamble was on May 6, I reflected back to the day I sat behind a Wall Street terminal and watched the market lose 22.6 percent in one day.  That day was October 19, 1987.  That was more than twice the percentage drop at the worst market point on May 6.  And yet, Procter & Gamble lost only 28 percent at its worst point in 1987 versus 36 percent on May 6 when the overall market was down less than 10 percent.

When a bear raid knocks out these stop loss speed bumps on Dow components like Procter & Gamble and 3M (it lost 21 percent at its worst point), the New York Stock Exchange pauses trading momentarily and trades are left to the feckless electronic exchanges, proprietary trading desks of the bailout boys (big Wall Street firms) and high frequency traders.  This is like hitting an air pocket at 30,000 feet, then opening the cockpit door to find out no one is inside and the plane is on autopilot as the plane goes into a nose dive.

But sell orders in individual Dow component stocks were not the only problem on May 6.  There was extensive selling in the Standard and Poor’s 500 futures contract known as the E-Mini.  Futures can be purchased on much greater margin giving bear raiders a bigger bang for their buck.  According to testimony from Gary Gensler, Chairman of the Commodity Futures Trading Commission before the House Subcommittee on Capital Markets, Insurance and Government Sponsored Enterprises yesterday, one trader “entered the market at around 2:32 and finished trading by around 2:51.  The trader had a short futures position that represented on average nine percent of the volume traded during that period.  The trader sold on the way down and continued to do so even as the price level recovered.  This trader and others have executed hedging strategies of similar size previously.”  That last sentence may be ignoring the reality that this was no ordinary day: the gauge of fear in the market, the VIX, had spiked over the past two days; there was intense fear of Greece defaulting on its debt and stresses in the credit markets were being reflected in rising yields on junk bonds.

Cumulatively, mom and pop investors lost many millions of dollars on their stop loss orders from this free fall on May 6. Only those trades occurring between 2:40 and 3 pm that were 60 percent or more away from the market are being cancelled.  That means the losses in Procter & Gamble and dozens of other stocks are real losses for those who got stopped out and real profits for those on the other side of the trade.