FBI Raids and Subpoenas Have Been Occurring on Wall Street. What’s Up? 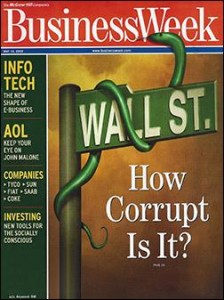 Reuters reported yesterday that the Justice Department’s probe is “part of a wide-ranging investigation into short-sellers and hedge funds focused on suspected coordinated manipulative trading, according to two people familiar with the matter.” Reuters also reported that “dozens” of subpoenas have been issued to various firms since early last year.

Of particular interest to Wall Street On Parade was a report on December 10 by Reuters which indicated that trading activity in the shares of GSX Techedu was in the cross hairs of the Justice Department because both Muddy Waters and Citron Research had circulated negative research on the company.

If GSX Techedu, a Chinese online tutoring firm, is being probed, we can assure you that more than short-sellers need to be under investigation by the Justice Department. (The company has changed its name to Gaotu Techedu.)

GSX Techedu was one of the stocks that had been purchased in huge quantities by Archegos Capital Management before Archegos blew itself up in March of last year. Archegos was using tricked-up derivative contracts provided by major Wall Street firms that allowed it to hide its ownership interests in various stocks and obtain massive amounts of margin loans provided by the same Wall Street firms. (See our report: Archegos: Wall Street Was Effectively Giving 85 Percent Margin Loans on Concentrated Stock Positions – Thwarting the Fed’s Reg T and Its Own Margin Rules.)

The market value for all six megabanks’ holdings in GSX Techedu was more than $3 billion as of December 31, 2020.

What was completely insane about these sophisticated Wall Street banks holding such a sizeable position in GSX Techedu as of December 31, 2020 was that on April 14, 2020 Citron Research had published a 34-page report calling the company “The Most Blatant Chinese Stock Fraud since 2011.” On May 18, 2020 Muddy Waters had released a 25-page detailed report on GSX Techedu which sized up the company as follows:

Both reports offered compelling evidence for their charges of fraud.

But after the detailed reports of a fraudulent operation were published, instead of the share price collapsing, it actually soared from about $30 a share to over $100. That doesn’t sound like manipulation by short-sellers who should be under investigation.

The share price of GSX Techedu did crash when Archegos blew up in late March 2021, because Wall Street firms had to liquidate all of the stock positions they had leveraged up on behalf of Archegos. Under its new name, Gaotu Techedu, the company’s share price closed at $2.47 yesterday. It has traded in a range of $1.55 to $2.50 since December.

This raises the question, if GSX Techedu was, indeed, a fraud at the time Citron Research and Muddy Waters published their reports, why didn’t these megabanks on Wall Street catch it when they did their due diligence as underwriters? If the company was not a fraud, why have Muddy Waters and Citron Research not been forced to retract their published reports, which remain online for anybody to read?

We will be watching this investigation closely.

Editor’s Update: A typo has been corrected in the fourth paragraph up from the bottom. Archegos collapsed in March of 2021, not 2020.