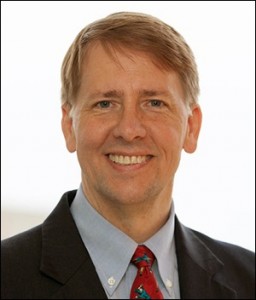 Progressives are waiting with bated breath to see if President Joe Biden will show more moxie than former President Barack Obama when it comes to Wall Street regulation. So far, the record has been nothing short of bizarre. See here and here.

When it came to Wall Street, Obama was all talk and no show. One gift to Wall Street that has been all but forgotten by progressives is that Obama was mandated under Section 1108 of the Dodd-Frank financial reform legislation of 2010 to appoint the very first Vice Chairman for Supervision of banks at the Federal Reserve. Instead, Obama served out his two terms as President without ever filling that mandated post.

It was not until the Presidency of Donald Trump in 2017 – seven years after the passage of Dodd-Frank – that Randal Quarles was appointed the very first Vice Chairman for Supervision at the Fed. Quarles was a disaster in terms of loosening regulations on the Wall Street mega banks instead of doing his job and prudently supervising them.

Now Quarles’ term as Vice Chairman for Supervision is over and Biden is expected to shortly nominate a new person to the post, which requires Senate confirmation.

The Wall Street Journal reported on Tuesday that Biden is considering Richard Cordray, the first director of the Consumer Financial Protection Bureau (CFPB) – a man and a Bureau that right-wing Republicans have battled against since the agency was created under the Dodd-Frank Act. During the 2015 Republican Presidential debates, a right-wing group even ran an ad comparing the CFPB to a “commie” group – preposterously claiming that its job was to deny loans and mortgages to regular folks.

Mega banks on Wall Street are particularly hostile to the fact that the CFPB allows consumers who have been victimized by financial firms, even where small sums of money are involved, to file a complaint and receive a timely response. Wall Street also dislikes the fact that these complaints go into a permanent database, which can be mined by the press and prosecutors looking for patterns of fraud.

Cordray is the former Attorney General of Ohio, a position in which he demonstrated courage and integrity in going after corrupt actors, as he also did at the CFPB. That’s reason enough for Wall Street to try to derail his nomination to lead bank supervision at the Fed.

Senator Sherrod Brown, the Chair of the Senate Banking Committee that will hold the confirmation hearing for the next nominee, confirmed to the Wall Street Journal that Cordray is one of the people under consideration by President Biden.

Fortunately for Cordray, Jeb Hensarling is no longer in Congress. There was no member of Congress who bullied the CFPB and Cordray more than Hensarling, the Republican Chair of the House Financial Services Committee when the House was last in Republican hands. Hensarling’s largest donors for his 2016 political campaign were Wall Street firms and trade associations. In February 2017, the Wall Street Journal ran an opinion piece by Hensarling with the headline: “How We’ll Stop a Rogue Federal Agency: Congress can defund Elizabeth Warren’s unaccountable and unconstitutional CFPB.” (Senator Elizabeth Warren had been instrumental in designing the original structure of the CFPB in the face of fierce opposition from Wall Street.)

When Hensarling left Congress in 2019, he announced he was joining (wait for it) mega Wall Street bank UBS as Executive Vice Chairman for the Americas region.

If, through some miracle, Cordray is nominated and confirmed, one thing he is expected to put an end to is the Fed’s rubber-stamping of mega bank mergers. See The Fed Has Approved 3,576 Bank Mergers in 15-1/2 Years; Denied Zero. One Business Day after President Biden’s Executive Order Warns Against Bank Concentration, the Fed Approves Another Bank Merger.