Death on Alec Baldwin Set with Colt .45 to Be Investigated by Law Firm Whose Partners Investigated Kennedy Assassination, Lehman Bankruptcy and Citigroup Settlement 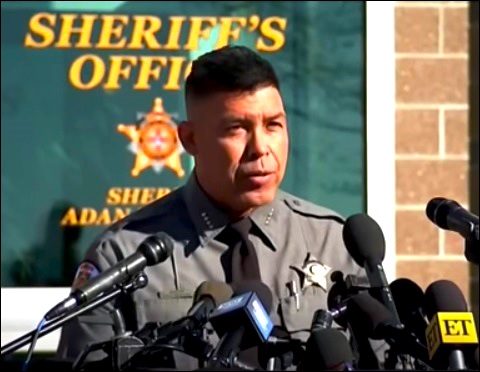 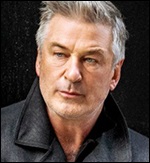 Reuters reported on Wednesday that Alec Baldwin and other producers of the low-budget western film, “Rust,” have hired the high-priced law firm, Jenner & Block, to investigate the fatal shooting of cinematographer Halyna Hutchins during a rehearsal on the set.

The producers circulated a memo to the movie crew about the hiring of Jenner & Block the night before the Santa Fe Sheriff’s Department was scheduled to hold a press conference and announce its current findings. (See YouTube video below for the full press conference.)

During that press conference, Sheriff Adan Mendoza revealed that a real gun, a Colt .45 revolver, was being used by Alec Baldwin at the time of the shooting. Mendoza said the gun had fired a live single round that killed Hutchins and then the bullet embedded itself into the shoulder of Director Joel Souza. (Souza was injured but survived.)

Mendoza said that the Sheriff’s office has the spent shell casing that was fired from the gun and “the actual lead projectile that was fired has been recovered from the shoulder of Mr. Souza.” The lead projectile was turned over to the Sheriff’s office directly by the medical personnel who removed it from Souza’s shoulder, the Sheriff said. Mendoza added that “We have recovered what we believe to be possible additional live rounds on set.”

The hiring of Jenner & Block sends a signal that the film producers understand that serious litigation for negligence and/or a wrongful death suit may easily eclipse the reported budget for the film of $7 million to $8 million.

Jenner & Block’s Anton (Tony) Valukas served as examiner in the Lehman Brothers bankruptcy and billed $38 million, according to court records, to complete a 2200-page report on what had led to Lehman’s failure. In 2014, Valukas also conducted an investigation for Jenner & Block’s long-time client, General Motors, into a faulty ignition system that led to at least 13 deaths.

As part of the $7 billion settlement, Citigroup was to provide $2.5 billion in consumer relief. The settlement was extremely flexible on the forms that consumer relief could take. It included: loan modifications, refinancing, down payment and closing cost assistance for refinancing, and donations to organizations helping communities in redevelopment and provision of affordable rental housing.

Jenner & Block’s Perrelli agreed to be the independent monitor to make sure that Citigroup made good on the $2.5 billion in consumer relief. (Citigroup had collapsed during the 2008 financial crisis. Instead of filing for bankruptcy like Lehman, it was secretly propped up with $2.5 trillion in cumulative loans from the Federal Reserve from December 2007 to July 2010.) In a report in November of last year, Perrelli wrote:

“In my thirteenth and final report as Monitor over Citigroup’s July 11, 2014 Settlement Agreement with the Department of Justice (DOJ) and the five Settling States (California, Delaware, Illinois, Massachusetts, and New York), I am pleased to confirm that Citi has satisfactorily discharged its obligations under the Settlement Agreement.”

The most high-profile assignment a law partner at the law firm has received was when Albert Jenner was chosen as Senior Counsel to the Warren Commission to assist in the investigation of the assassination of President John F. Kennedy, who died on November 22, 1963.

There is a common thread between a gunshot death with live ammunition on  a movie set, the gunshot death of the President of the United States in an open convertible riding through the streets of Dallas, and Lehman and Citigroup collapsing in 2008. That common thread is negligent oversight by the people in charge.

Law360 has reported that Jenner & Block law partner, Brandon Fox, will lead the investigation of the gunshot death on the set of “Rust.” 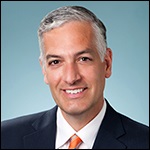 According to Jenner & Block’s website, Fox serves as managing partner of the firm’s Los Angeles office and co-chair of its Investigations, Compliance, and Defense Practice. The firm notes that Fox “has represented companies and individuals in complex litigation and white-collar matters in federal and state court and before regulatory bodies. He has led internal investigations for clients in Foreign Corrupt Practices Act (FCPA), securities fraud, workplace safety, health care fraud, money laundering, and other matters.”