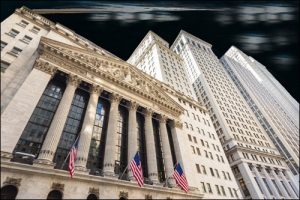 According to their latest 13F form filings with the Securities and Exchange Commission, as of March 31, 2021 the U.S. mega banks on Wall Street held a staggering $6.56 billion in three Chinese education stocks that just had their business model put through a shredder by the Chinese Communist Party. As of yesterday’s close, that $6.56 billion is now worth about 90 percent less than it was on March 31. Depending on just when these mega banks started panic dumping their positions, their losses could be substantial.

All three Chinese companies provide private education services to students in China and all three companies are listed on the New York Stock Exchange. Their business prospects have now become severely limited by Chinese mandate. Regulations issued over the weekend by China’s Ministry of Education now bar these private tutoring and online education platforms from making profits from the core curriculum taught in schools in China, from capital raising, and from being traded on foreign stock exchanges.

Our first thought was that this might be another Archegos type of debacle where the banks were reporting the stock positions on their own 13F forms while the shares were actually owned via derivatives by hedge funds. But according to the 13F forms, the banks hold the sole voting power in the vast majority of these shares.

In addition to the U.S. banks listed here, foreign banks also had significant amounts of exposure as of their 13F filings on March 31, 2021.