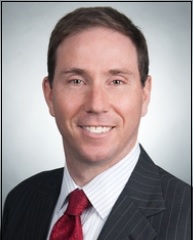 The lawsuit also names a swaps trade association, the International Swaps and Derivatives Association (ISDA), as a defendant, noting that a “majority of ISDA’s board members” are employed by the bank defendants. The lawsuit characterizes ISDA as a “front organization.” Two other companies involved in the allegedly rigged Credit Default Swap protocol are also named: Creditex and Markit. The lawsuit draws attention to the fact that “Until mid-2014, Markit was majority-owned and controlled by a consortium of approximately 16 investment banks,” including each of the bank defendants (along with HSBC and UBS) who sat on its board of directors.

As fascinating as the details of the alleged price fixing are in the lawsuit, equally fascinating is the name of the outside law firm that is representing the plaintiff, the New Mexico State Investment Council. That law firm is Kirby McInerney, which has a history of representing whistleblowers in frauds committed by Wall Street miscreants. The law firm’s name jumped out at us because the extremely intimate and comprehensive details of how this alleged fraud was conducted, as outlined in the lawsuit, sounds uncannily like the work of an insider who is now blowing the whistle.

The general outline of the conspiracy is described as follows in the lawsuit:

“Since 2005, the Wall Street banks that comprise the major dealers of credit default swaps (‘CDS’) have been engaged in a conspiracy to manipulate the CDS ‘final auction price,’ the benchmark price used to value all CDS contracts market-wide at settlement. The final auction price is generated through an auction process that was introduced to the market by the Dealers in 2005. The Dealers – Bank of America/Merrill Lynch, Barclays, BNP Paribas, Citi, Credit Suisse, Deutsche Bank, Goldman Sachs, JPMorgan, Morgan Stanley, and RBS…have implemented this conspiracy by using their power over the CDS auction process to rig the CDS auctions and produce a (typically) supra-competitively low CDS final auction price. Working with three entities over which the Dealers yield significant power and influence – Creditex, ISDA, and Markit (together, with the Dealers, the Defendants) – the Dealers’ conspiracy has yielded them billions of dollars in cartel profits at the expense of non-dealer market participants like Plaintiff and the putative Class members.”

One has to hope that the federal judge overseeing the case has a strong skill set in mathematics or statistical analysis because the lawsuit includes actual formulas that were used to compile a statistical regression analysis that found the following:

“Plaintiff’s regression shows – to a statistically significant degree – that the dominant Dealer’s initial market submission predicts the other Dealers’ limit order submissions, even after controlling for every variable that an economically rational CDS trader would rely on in forming his or her limit order. This substantiates the core finding of Plaintiff’s analysis: that the dominant Dealer is communicating its initial market submission to the other Dealers, and the other Dealers are coordinating their own submissions around that information. The findings of Plaintiff’s statistical analysis are corroborated by facts that Plaintiff has uncovered concerning several mechanisms the Dealers have used to share pricing and commercially sensitive client information in the run-up to the CDS auctions.”

Of course, one of those mechanisms would be improper conduct on the Bloomberg terminal. (See Why Was Libor Rate Rigging Committed Over the Bloomberg Terminal.)

The lawsuit outlines part of the alleged anti-trust actions as follows:

“First, thanks to a back-door in the Bloomberg terminal messaging service that is the primary communication and trading mechanism for Wall Street institutions, it is a practice for the Dealers to actually check one another’s real-time CDS and bond pricing on Bloomberg, even though they are supposed to be prohibited from doing so.

“Third, because clients must submit their physical settlement requests and limit orders in any auction through the Dealers, the Dealers learn confidential client information and ‘front-run’ their clients’ submissions into the auction, thereby protecting the Dealers’ preferred supra-competitive final auction price. (Front-running is a trading practice where traders place orders on behalf of their firms in advance of an anticipated client transaction.)

Most Wall Street veterans believe that the Commodity Futures Trading Commission and the Securities and Exchange Commission exercise oversight of the Credit Default Swap market, along with all other derivatives. But the lawsuit delivers this shocking revelation: “The CDS auction process slips through this patchwork of regulatory oversight. The auction is the settlement mechanism for single-name, index, and mixed swaps, but the auction process itself is not a swap, and no single regulator has ever asserted oversight or regulatory authority over the CDS auction process. The result is a regulatory failure that overlooks the CDS auctions and the anti-competitive conduct that takes place within them.”

Even the former U.S. Treasury Secretary, Tim Geithner, who had previously been the crony President of the New York Fed, makes a cameo appearance in the lawsuit. According to the lawsuit, the banks approached Geithner during the 2008 financial crisis, while he was President of the New York Fed, and told him that they would “incorporate the auction process that the Dealers and Creditex had created into the standardized contracts that are used to trade CDS.”

The mega banks on Wall Street have been operating for years like an organized crime cartel. In fact, in some of their past anti-trust activities, their traders even called themselves “The Cartel” and “The Mafia” in online chat forums. Unfortunately, no amount of felony charges wrapped with a bow in deferred prosecution agreements by the U.S. Department of Justice has slowed these serial crimes on Wall Street.

The anti-trust behavior extends to the top echelons of these banks. Bloomberg News reporters Greg Farrell and Keri Geiger reported in 2016 that the top lawyers of the Wall Street mega banks had been meeting secretly for two decades with their counterparts at international banks. At the 2016 May meeting at a posh hotel in Versailles, the following were among the big bank lawyers: Gregory Palm, General Counsel of Goldman Sachs; Stephen Cutler of JPMorgan (a former Director of Enforcement at the SEC); Gary Lynch of Bank of America (also a former Director of Enforcement at the SEC); Morgan Stanley’s Eric Grossman; Citigroup’s Rohan Weerasinghe; Markus Diethelm of UBS Group AG; Richard Walker of Deutsche Bank (again, a former Director of Enforcement at the SEC); Robert Hoyt of Barclays; Romeo Cerutti of Credit Suisse Group AG; David Fein of Standard Chartered; Stuart Levey of HSBC Holdings; and Georges Dirani of BNP Paribas SA.

Notice that the majority of these banks are the same banks that are named in this lawsuit.

Lawyers listed for the Plaintiff in the current lawsuit are: Cholla Khoury, Assistant Attorney General in the New Mexico Attorney General’s office and Director of the Consumer and Environmental Protection Division; and David E. Kovel and Thomas Popejoy of Kirby McInerney LLP.

The legal action is styled as a class action and seeks to represent: