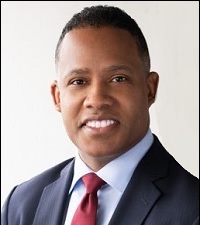 It’s starting to look very swampy again in the nation’s capitol. President Biden pushed forward a law partner from the law firm that notoriously represented Donald Trump and the Trump Organization on tax matters for 15 years, right up to January of this year, to be the head of the Criminal Division of the U.S. Department of Justice. Astonishingly, on Tuesday, the Senate confirmed that nominee, Kenneth A. Polite, for the position.

The Trump Organization and its CFO, Allen Weisselberg, were indicted earlier this month on tax evasion charges.

Polite, a law partner with Morgan, Lewis & Bockius, will now preside over the criminal division of DOJ, which holds the reins on whether to bring criminal charges against the well-connected and powerful in corporate America – his law firm’s former clients, and more than likely, his future clients if past precedent is any gauge. That doesn’t ensure confidence among the American people, nor does the history of Morgan, Lewis & Bockius.

Another law partner at Morgan, Lewis & Bockius, Sheri Dillon, shared the stage with President-Elect Donald Trump on January 11, 2017 as one of his legal and tax advisors. This is what she told the American people that day: (Play close attention to her statement that “conflicts of interest laws simply do not apply to the president….”)

“President-elect Trump wants the American public to rest assured that all of his efforts are directed to pursuing the people’s business and not his own. To that end, as he explained a few moments ago, he directed me and my colleagues at the law firm Morgan Lewis and Bockius to design a structure for his business empire that will completely isolate him from the management of the company.

“He further instructed that we build in protections that will assure the American people the decisions he makes and the actions that he takes as president are for their benefit and not to support his financial interests.

“As he said, he’s voluntarily taking this on. The conflicts of interest laws simply do not apply to the president or the vice president and they are not required to separate themselves from their financial assets.”

On August 24 of last year, New York State Attorney General Letitia James sued Dillon and Morgan Lewis, along with the Trump Organization and Eric Trump, because they had not fully complied with her subpoenas.

James told the court in her filing that her office was investigating “whether the Trump Organization and Donald J. Trump” had “improperly inflated the value of Mr. Trump’s assets on annual financial statements in order to secure loans and obtain economic and tax benefits.”

According to the court filing, Dillon had given “sworn testimony on August 11, 2020” in the matter but had “declined to answer numerous questions” when “no privilege could plausibly attach – going so far as to refuse to answer questions about basic facts necessary to determine if a privilege could even arise.”

As for Morgan Lewis, the Attorney General told the court that the law firm was “similarly withholding thousands of communications on claims of privilege that fail because the communications reflect principally a business – not a legal – function.”

In January of this year, Judge Arthur Engoron ruled that Morgan Lewis had to turn over those business-related communications and documents.

This is not the only area in which Morgan, Lewis & Bockius was tied to the Trump administration. In 2018, Trump selected John Ring, another law partner at Morgan Lewis, to Chair the National Labor Relations Board (NLRB). The NLRB oversees union elections and disputes between corporate employers, workers and unions. The Labor and Working-Class History Association describes Morgan Lewis as anti-union, writing as follows:

“In the 1980s and 1990s, Morgan Lewis was one of only five big law firms boycotted by students at prominent law schools throughout the nation for its involvement in ‘union-busting activities.’ The firm’s extensive battles with organized labor include the infamous 1981 PATCO [Professional Air Traffic Controllers] strike; the 1993-1994 baseball strike; the 2009-2010 efforts to oppose bank worker organizing in the wake of the financial crisis; the 2019 General Motors strike; and its key role in advising McDonald’s on how to defeat both unionization and the Fight for 15 campaign for higher wages, in which it required franchise managers to sign confidentiality agreements, keeping secret Morgan Lewis’s union avoidance. Morgan Lewis has also been accused of ‘union-busting’ by the American Postal Workers Union, and in 2020, Morgan Lewis attorneys helped the Philadelphia Museum of Art conduct a robust anti-union campaign.”

On February 28, President Biden posted a video to his Twitter page as Amazon workers in Alabama were voting on whether to unionize. He said this in the video:

“Workers in Alabama – and all across America – are voting on whether to organize a union in their workplace. It’s a vitally important choice – one that should be made without intimidation or threats by employers. Every worker should have a free and fair choice to join a union.”

The Amazon warehouse workers voted to reject the union. Amazon was represented by – wait for it – Morgan Lewis.

The Obama administration disgraced itself through the failure of Attorney General Eric Holder and his criminal chief, Lanny Breuer, to prosecute the titans on Wall Street for their roles in the financial crash of 2008, even after criminal referrals were made to the Department of Justice by the Financial Crisis Inquiry Commission. Both Holder and Breuer hailed from the corporate law firm, Covington & Burling, which had fronted for Big Tobacco for decades. Both Holder and Breuer returned to their highly-paid positions as partners at Covington & Burling after they left the Justice Department.

If Biden hopes to earn the respect and trust of Americans, he’s going to have to do far better than the Obama administration did when it comes to reining in corporate crime.