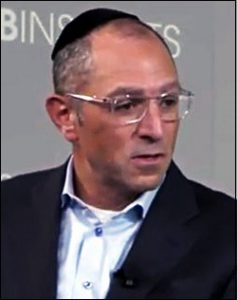 The Paycheck Protection Program (PPP) was authorized by Congress under the CARES Act and is being overseen by the Small Business Administration (SBA). The goal of the PPP program is to make 1 percent interest loans to small businesses experiencing hardship from the coronavirus crisis and then forgive the loans if the businesses keep their employees on the payroll.

Even though the loans are guaranteed against losses by the SBA, the Federal Reserve launched its own program, called the Paycheck Protection Program Liquidity Facility, to reimburse lenders who make these loans. So far, the Fed has reimbursed $57 billion of these loans as of June 10, out of total loans approved by the SBA of more than $500 billion.

Wells Fargo has approximately 250,000 employees. According to the Federal Deposit Insurance Corporation (FDIC) it has 5,444 branches in 40 states in the U.S. The FDIC also reports that the bank holds $1.4 trillion in deposits. The bank is 168 years old. According to a statement from Wells Fargo on Monday to CNBC, it has made $10.2 billion in Paycheck Protection Program (PPP) loans. That’s in line with what other large banks have done in the PPP program. The Fed’s transaction data for its PPP reimbursements do not show any PPP reimbursements to Wells Fargo.

In December of last year, Antoine Gara, a finance writer and associate editor at Forbes, unraveled some of the mystery around this peculiar little bank. Gara described Cross River Bank’s headquarters’ office in Fort Lee, New Jersey as follows:

“Cross River is not a typical community bank. There are no tellers here, or ATMs or safe deposit boxes. Instead there are 175 bank staffers and traders stuffed elbow to jowl into about 23,000 square feet, peering into hundreds of computer monitors—often stacked three per desk. There are startup touches—a kitchenette stocked with LaCroix sparkling water, gourmet coffee and a game room.

“Cross River is on a lending tear. It is underwriting loans at the rate of more than $1 billion a month—some $30 billion worth in just nine years. But unlike in banks of yesteryear, virtually all Cross River’s lending officers aren’t human beings. They are apps. Cross River’s loans originate mostly from 15 or so buzzy venture-capital-backed financial technology startups, so-called fintechs, that go by names like Affirm, Best Egg, Upgrade, Upstart and LendingUSA. The fintechs provide the customers; Cross River provides the licenses and infrastructure. It holds 10% to 20% of each loan it issues, and the massive volume of fintech loans has propelled Cross River to $2 billion in assets, up from $100 million a decade ago.”

The U.S. currently has the worst unemployment crisis since the Great Depression. The PPP program is a critical component in keeping small businesses alive and giving struggling workers a paycheck. Do we really want banks without human lending officers deciding who gets billions of dollars from this taxpayer-funded program?

In 2018 the FDIC found that Cross River Bank “engaged in unsafe or unsound banking practices by failing to ensure an adequate compliance management system was in place….” The FDIC fined the bank $641,750 and made it contribute to a $20 million restitution fund to reimburse harmed consumers.

On Monday, Democratic members of the House of Representatives Select Subcommittee on the Coronavirus Crisis sent letters to the U.S. Treasury Department, the SBA, and eight of the largest U.S. banks, requesting documents on the loans that were made under the PPP program.

The letter to JPMorgan Chase read in part:

“When Congress passed the Coronavirus Aid, Relief, and Economic Security (CARES) Act with strong bipartisan support, we intended to provide urgent relief to small businesses that otherwise could be forced to lay off employees or shut down. The CARES Act specifically encouraged SBA to issue guidance ‘to ensure that the processing and disbursement of covered loans prioritizes small business concerns and entities in underserved and rural markets,’ including businesses owned by veterans, members of the military, socially and economically disadvantaged individuals, and women.

“Media reports indicate that some large lenders apparently created a two-tier system for processing PPP loan applications. The banks’ wealthiest clients had access to a personalized application process that ensured their applications were processed first. Other applicants had to use poor-performing electronic portals, faced significant processing delays, and sometimes needed to find another lender to consider their application. One report found that JPMorgan Chase ‘provided loans to virtually all of its commercial banking customers’ that sought PPP loans ‘while the lender’s smallest customers were almost entirely shut out.’ ”

We think the same members of Congress might want to send a letter to Cross River Bank Chairman and CEO, Gilles Gade, and find out exactly what kind of due diligence was done in the issuance of $5.3 billion in PPP loans in a two month period.