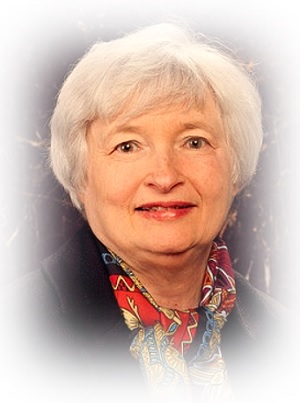 Bulls on Wall Street were likely nonplussed at former Fed Chair Janet Yellen as her interview progressed on CNBC today. It was like she woke up from a terrible nightmare, threw on a little lipstick and dialed into CNBC to share her horrifying vision with an already shell-shocked public. The fact that Yellen chose to do this at a time when the Dow was up over 1,000 points and providing a few rays of sunshine made it all the more remarkable.

Yellen said the economy had taken a “huge, unprecedented, devastating hit.” One of those adjectives might have been enough for a seasoned economist. Yellen dropped the breathtaking tidbit that second quarter GDP could see a contraction of 30 percent. She then ran through a gut-wrenching laundry list of what could go wrong on the road to trying to get a V-shaped recovery, mentioning the following potential roadblocks: “…if households have run down their savings and had to dip into retirement savings, or are behind on their bills, and have higher debt and lower wealth, their spending patterns are not likely to go back to what they were…I’m afraid we will see bankruptcies….”

Yellen said there are worse letters to describe the type of recovery we may get and “L” is not the worst of them.

Despite the fact that the Fed has been forced to pump out more than $6 trillion to Wall Street’s trading houses (which own the biggest banks in New York) in the four months before there were any coronavirus cases in the U.S., Yellen repeated the official delusional mantra that “we have a strong, well capitalized banking system.” She added that “we’re seeing the benefits of that.”

Yellen didn’t name any of those benefits and the benefits certainly cannot be seen in the stability of the mega banks’ share prices or their willingness to lend in the repo market.

Yellen also said that she thought “stress testing has been a tremendously important innovation.” That’s despite the fact that multiple federal agencies have said the Fed is doing the stress tests all wrong and not measuring where the real risks reside.

Asked if the Fed should be buying stocks, Yellen said the Fed is not legally allowed to buy stocks, that it’s restricted to buying government debt and agency debt that has government backing. Yellen isn’t, apparently, on top of the more recent “innovations” at the Fed. The Fed announced on March 23 that it would be allowing the New York Fed to buy corporate bonds under a facility to be known as the Primary Market Corporate Credit Facility. The strategy is, apparently, to buy up all of those BBB-rated investment grade bonds before they turn to junk-rated on the books of the mega Wall Street banks and cause a credit downgrade of the banks themselves.

Yellen also didn’t mention that the Fed is already taking stocks and toxic waste known as Collateralized Debt Obligations (CDOs) and Collateralized Loan Obligations (CLOs) as collateral for making loans to Wall Street’s trading houses at ¼ of one percent interest under one of its new emergency lending programs known as the Primary Dealer Credit Facility (PDCF).

The interview with Yellen was done while she sat at home in front of her bookcase – which was peculiarly sparse. We couldn’t make out the titles of all of the books but we could read the spine of three books. One of the books was Bob Woodward’s “Fear” about the presidency of Donald Trump. John Diaz of the San Francisco Chronicle wrote this in his review of the book:

“Fear is Woodward at his best, the quintessential investigative reporter with an eye for detail and an uncanny ability to get key players to ensure that their perspective is etched into history. Its timing could not be more critical for a nation exhausted by tweets and spin, and trying to assess the danger to democracy posed by a presidency that shatters its norms and demeans its institutions.”

Another title on the shelf could not have been more ironic. It was “Keeping at It: The Quest for Sound Money and Good Government” by former Fed Chair Paul Volcker, who died on December 8 of last year. The publisher’s description of the book says Volcker “found his model for competent and ethical governance in his father, the town manager of Teaneck, NJ, who instilled Volcker’s dedication to absolute integrity and his ‘three verities’ of stable prices, sound finance, and good government.”

The third book we could make out was “American Dialogue: The Founders and Us” by Joseph Ellis. It was one of the founders, James Madison, who warned his fellow citizens about the ability to create money out of thin air. Madison said this:

“History records that the money changers have used every form of abuse, intrigue, deceit, and violent means possible to maintain their control over governments by controlling money and it’s issuance.”