Where Are the Hundreds of Billions in Loans from the Fed Actually Going on Wall Street? 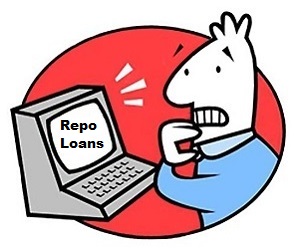 No one can say with any certainty where the hundreds of billions of dollars that the Federal Reserve has been pumping into Wall Street since September 17 are actually ending up. The Fed is not releasing the names of which of its primary dealers (securities firms) are taking the lion’s share of the loans nor does anyone know if those borrowers are making further loans with the money (which is a core purpose of a central bank’s lender of last resort function) or simply plugging a whole in their own leaky boat. Astonishingly, Congress has yet to call a hearing to ask these critical questions.

Let’s say, hypothetically, that there is a bank with a large, interconnected footprint on Wall Street that’s in trouble and on top of that there’s a big hedge fund taking on water and listing on its side. The New York Fed (one of the 12 regional banks in the Federal Reserve system) in that situation might be expected to call all of the big lenders on Wall Street to a secret meeting at its offices and “suggest” (much like a consigliere makes a “suggestion”) that they bail out these entities for the good of the markets and financial system.

Could that really happen? Here’s a paragraph from a Wall Street Journal report dated September 25, 1998:

The Long-Term Capital hedge fund was a five-year old firm with two Nobel laureates on board that fed exotic mathematical formulas into computers that then spit out the rationale for taking on insane levels of leveraged derivative bets. It all blew up spectacularly, of course.

Alan Greenspan, the Chairman of the Federal Reserve Board of Governors at the time, would later tell Congress that the decision to convene that meeting was done “on the judgment of the officials at the Federal Reserve Bank of New York.” In other words, the New York Fed typically believes it needs no outside approvals for its actions when it comes to Wall Street.

Fast forward to another crisis in September 2008, this time with a big, teetering investment bank. The Wall Street Journal reported on September 13, 2008:

In the case of Lehman, a solution was not obtained and the investment bank filed bankruptcy on September 15, 2008, bringing on the next leg of what would become the worst financial crisis since the Great Depression.

Last week Reuters’ David Henry reported that JPMorgan Chase may have contributed to the dangerous spike in overnight lending rates on September 17 by withdrawing liquidity from the system. The loss of liquidity triggered the New York Fed’s operation to pump billions of dollars of overnight and term loans into Wall Street each week since then. Henry wrote:

The move by JPMorgan Chase, whose Chairman and CEO, Jamie Dimon, is the only person at the helm of a major Wall Street bank to have come through the 2007-2008 financial crisis, suggests that the bank is “getting closer to home” with its money, as the former CEO of Goldman Sachs, Lloyd Blankfein, phrased it during the last financial crisis.

This would not be the first time that JPMorgan Chase put its own interests ahead of the not so subtle nudges of the New York Fed.

According to the Financial Crisis Inquiry Commission (FCIC), the body created by Congress to deliver the official report on the causes and events of the 2007-2008 crisis era, JPMorgan Chase demanded large sums of cash collateral to protect itself from a potential Lehman Brothers collapse just days before Lehman’s bankruptcy filing on September 15, 2008. The report explains:

“…JP Morgan demanded that Lehman post another $5 billion in cash ‘by the opening of business tomorrow in New York’; if it didn’t, JP Morgan would ‘exercise our right to decline to extend credit to you.’ JP Morgan CEO Dimon, President Black, and CRO Zubrow had first made the demand in a phone call earlier that evening to Lehman CEO Fuld, [Lehman] CFO Ian Lowitt, and [Lehman] Treasurer Paolo Tonucci. Tonucci told the JP Morgan executives on the call that Lehman could not meet the demand. Dimon said Lehman’s difficulties in coming up with the money were not JP Morgan’s problem, Tonucci told the FCIC. ‘They just wanted the cash. We made the point that it’s too much cash to mobilize. There was no give on that. Again, they said ‘that’s not our problem, we just want the cash.’ When Tonucci asked what would keep JP Morgan from asking for $10 billion tomorrow, Dimon replied, ‘Nothing, maybe we will.’ ”

As a major clearing bank offering services around the globe, no financial institution would be in a better position than JPMorgan Chase to see money outflows, warning signals, and a need to get its own liquidity “closer to home.”