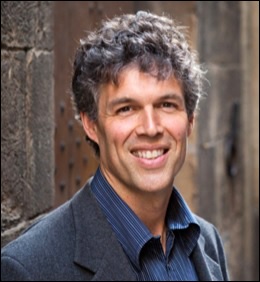 Tom Mueller, Author of Crisis of Conscience: Whistleblowing in an Age of Fraud

Tom Mueller’s new book, Crisis of Conscience: Whistleblowing in an Age of Fraud is being released today by Riverhead Books, an imprint of Penguin Random House. It’s packed with seven years of research and inspiring personal interviews.

Despite its initially intimidating 600-page heft, it’s an enticing read as it connects the dots to how a country like the United States, founded on the premise of “equal justice under law,” as engraved on the front of the U.S. Supreme Court, has become a “banana republic” with only whistleblowers’ pockets stuffed with crinkled documents or secret tape recordings all that stand between resuscitating our democracy or a complete collapse into oligarchy.

Mueller builds an incontrovertible case that the United States has become a dystopian society where almost every government entity that a citizen would typically turn to for redress over a lawless act has been corrupted by greed, pay to play, revolving doors, political bribes, or self-dealing. Adding poignant authenticity to this premise, the book arrives at a time when the highest elected official (President Donald Trump) and the highest law enforcement officer (Attorney General William Barr) are under a serious House of Representatives inquiry based on documents provided by a whistleblower.

Many of the courageous whistleblowers who experienced hardships and made great personal sacrifices to expose insidious corruption within the leadership of Wall Street’s top cop, the Securities and Exchange Commission, make an appearance in Mueller’s book. Those include SEC attorneys Gary Aguirre, Darcy Flynn, and James Kidney. Dick Bowen’s whistleblowing role at Citigroup is also insightfully covered.

But this is not a book just about the insidious, serial, criminal enterprises on Wall Street, where the Justice Department prosecutes the low-hanging fruit while leaving the top bank executives unharmed. This book shows that from our appellate court judges to the executive suites of our largest corporations to the U.S. Attorney General’s office, fraud is now being rationalized as simply part of the profit-seeking business model.

To experience the full power of Mueller’s book, we recommend reading the Epilogue first. We are particularly partial to this passage:

“When Americans encounter such behavior in foreign lands, most call it corruption. When they see fabulously wealthy foreigners assuming state powers to enrich themselves and their inner circle, placing their offspring in positions of unwarranted authority, they brand these people oligarchs or dictators, and their children princelings. Yet in Trump’s America – in our America over the last quarter century – this same behavior has routinely been justified with pragmatic talk of free markets, deregulation, costs and benefits, and of running government like a business. We’ve dubbed our homegrown oligarchs billionaires, and now name buildings and libraries after them, let them secrete their wealth in offshore tax havens, allow them to pay politicians unlimited funds to buy access and push through the fiscal ‘reforms’ and government downsizing they cherish, to buy sports teams for which they build new stadiums with taxpayer money, complete with sky boxes from which they can look down upon the taxpaying multitudes. And many of us revere these homegrown oligarchs as paragons of the American Dream.”

Like Wall Street On Parade, Mueller is honest about the indisputable fact that this unprecedented level of corruption has been sustained under both Democratic and Republican administrations. Elsewhere in the Epilogue Mueller writes:

“Bill Clinton, the beneficiary of a booming economy, traded the historic Democratic voter base, the working middle classes, for the Wall Street financial class. George W. Bush seized on the nation’s disorientation and moral numbness after 9/11 to bypass the traditional channels and conventions of government, embracing illegal wars, torture, assassination, kidnapping and domestic spying as tools of state, and allowing contractors to construct a parasitic shadow government whose unprecedented war profiteering and gross corruption it became unpatriotic, even treasonous, to challenge.”

And then there is Barack Obama, whose presidency mainstream media is rarely inclined to question. Not Mueller. He correctly notes this:

“The control of wealth over politics has grown increasingly naked and unapologetic. Even self-described liberal politicians no longer trouble to disguise their ties of cash, friendship and common worldview with the barons of finance. Barack Obama matter-of-factly took his largest campaign contributions from Wall Street, and chose Wall Street bankers and lawyers to re-regulate the industry after 2008, with the predictable result that nothing changed. Now, in retirement, he accepts $400,000 speaking fees from Wall Street banks and kite surfs with billionaires, bounties that smack of payment for services rendered.”

As Americans witnessed firsthand in 2008 in the greatest financial collapse since the Great Depression of the 1930s, this level of unbridled and government-sanctioned/administered corruption produces apocalyptic economic outcomes.

The U.S. central bank, the Federal Reserve, has also fallen into the hands of the oligarchs (a/k/a billionaires) as evidenced by the $100 billion a day it is funneling to unnamed Wall Street banks with no questions being asked by Congress.

Every engaged American who genuinely cares about the country they will be leaving to their children and grandchildren should buy Mueller’s book and read it carefully, along with Nomi Prins’ Collusion: How Central Bankers Rigged the World. Knowledge is power and when every other avenue of redress has a road block in front of it, immerse yourself in knowledge. Power will follow.