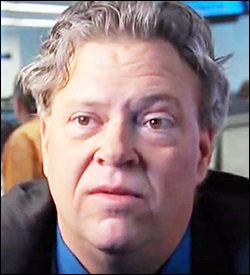 Mark Pittman was the Bloomberg News reporter responsible for the Bloomberg lawsuit against the Federal Reserve seeking the names of the banks and their share of the trillions of dollars that the Fed was secretly funneling to them during the financial crisis. Pittman had already shared in a Gerald Loeb award for Bloomberg’s five-part series, “Wall Street’s Faustian Bargain,” and many felt he was a lock for a Pulitzer. But one week before Federal Reserve Chairman Ben Bernanke was to sit for his Senate Confirmation hearing on his reappointment to another term as Fed Chairman, Pittman died of a heart attack at age 52 on November 25, 2009.

At the time of Pittman’s death, the Fed was still refusing to release the details of its secret loans, despite losing its court battle at the Federal District Court. The appellate court decision against the Fed would not come until March 19, 2010, four months after Pittman’s death. Even then, the Fed did not release the data. First it asked for a rehearing by the Second Circuit Court of Appeals. When that was rejected, a Wall Street consortium of banks, that were the recipients of the trillions of dollars in secret loans, appealed the case to the U.S. Supreme Court. That appeal failed as well and the Fed was forced to release its data in 2011. When all of its bailout programs were tallied up, the tab came to a staggering, cumulative $29 trillion – all transacted without the involvement or awareness of anyone elected to office by the American people. Congress remained in the dark throughout this period as trillions of dollars were sluiced to Wall Street, foreign banks, insolvent banks, even hedge funds that were shorting (betting against) the market.

Now the Fed has turned on its unaccountable money spigot to Wall Street once again and is attempting to pass it off as part of its normal open market operations –  keeping Congress and the American people in the dark. To date, the Fed has refused to name which Wall Street firms are taking the hundreds of billions of dollars in revolving loans and how much each is receiving.

We thought it would be helpful to our readers to see the similarities between what the Fed is now doing and what it was doing when Mark Pittman tried to follow its trail of secrecy. To our shock and dismay, many of Pittman’s articles that we found referenced in academic journals about the Fed have been purged from Bloomberg News. (We asked Bloomberg via email to explain its removal of these articles but have yet to hear back. We’ll update this article should we receive a response.)

On September 29, 2008 Pittman authored a piece titled “Goldman, Merrill Collect Billions After Fed’s AIG Bailout Loans.” We could not locate that article at Bloomberg but we did find it on Senator Bernie Sanders’ website. That article explained how the AIG bailout was really a bailout of the big Wall Street banks that had used AIG as a derivatives counterparty to effectively short the subprime mortgage market. As the Fed bailout money went in the front door of AIG, it quickly went out the backdoor to meet its obligations to the big Wall Street banks on the derivative contracts.

On November 10, 2008 Pittman and his colleagues, Bob Ivry and Alison Fitzgerald, wrote an article headlined “Fed Defies Transparency Aim in Refusal to Disclose.” Again, we could not locate that article at Bloomberg News but we found a Google cache of it at Yonkers Tribune. That article reports as follows:

“The Federal Reserve is refusing to identify the recipients of almost $2 trillion of emergency loans from American taxpayers or the troubled assets the central bank is accepting as collateral.

“Fed Chairman Ben S. Bernanke and Treasury Secretary Henry Paulson said in September they would comply with congressional demands for transparency in a $700 billion bailout of the banking system. Two months later, as the Fed lends far more than that in separate rescue programs that didn’t require approval by Congress, Americans have no idea where their money is going or what securities the banks are pledging in return.”

On December 7, 2008, Pittman authored the article “Wall Street’s Toxic Export.” Again, it appears to be missing from Bloomberg News but we located it at the Seattle Times where it was apparently syndicated at the time. In that article, Pittman wrote this:

“The bundling of consumer loans and home mortgages into packages of securities — a process known as securitization — was the biggest U.S. export business of the 21st century. More than $27 trillion of these securities have been sold since 2001, according to the Securities Industry Financial Markets Association, an industry-trade group. That’s almost twice last year’s U.S. gross domestic product of $13.8 trillion.

“The growth over the past decade was made possible by overseas banks, which saw the profits U.S. financial institutions were making and coveted the made-in-America technology. Wall Street obliged, with disastrous results: two-thirds of a trillion dollars in bank losses, about 40 percent of them outside the U.S.”

On April 16, 2009, Pittman was at it again, writing that the “Fed Shrouding $2 Trillion in Bank Loans in Secrecy.” We could not locate this article at Bloomberg News but it shows up at a website called DSL Reports. In that article, Bernanke is quoted as calling what ends up to be a $29 trillion bailout of Wall Street’s corrupted banks “a strictly temporary measure to create expansionary support in the economy.” The “temporary” measure lasted from December 2007 to at least July 2010 according to an audit of the Fed released in July 2011 by the Government Accountability Office.

Numerous other articles from Pittman during the crisis have likewise gone missing at Bloomberg News.

Pittman’s untimely death brought to a halt what would likely have been the most revealing details of how Wall Street banks colluded to create the subprime instruments that would crash the U.S. housing market and how they were then able to use the Bloomberg data terminal to make short bets against those very same instruments, seeking out the worst securitizations that were doomed to fail.

He explained in brief how the Bloomberg terminal had assisted him thus far in his reporting in an interview with Ryan Chittum at Columbia Journalism Review’s “The Audit” in February 2009. Six months later Pittman was dead. The exchange went like this:

TA [The Audit]: How does the Bloomberg terminal inform your reporting or help you find leads?

MP [Mark Pittman]: Well, I’ll give you an example. The first best story that I did about this—I’m gonna brag about this—was in June of ‘07. It said that subprime bonds are failing and they’re failing at an alarming rate, and they’re going up a lot, and they all need to be downgraded. The ratings companies aren’t following their own criteria for what makes a bond a certain rating. I did that through data that’s available on the Bloomberg. We’ve got a function called DQRP, which gives you delinquency reports on every RMBS, dividing it up by category. So you can pick the worst bonds with the worst stuff and you can divide it up by rating—all kinds of sorting. Nobody has that but us.

TA: I didn’t even know that capability was out there.

MP: Hell yes, man. And it works. Then you can pull up each individual bond and you’ve got a complete description of its geographic reach—how much is in California, all kinds of great stuff. What a weapon! And if you know how to use it, it works pretty well.

We have yet to hear a voice like Mark Pittman’s rise up from the business press today to demand transparency on the hundreds of billions of dollars that the Fed, through the same Federal Reserve Bank of New York that sluiced the bulk of the money to Wall Street in the last crisis, is doing today behind the backs of the American people.