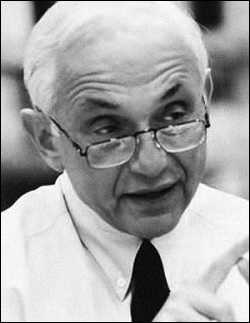 The Chairman and CEO of L Brands, Leslie (Les) Wexner, came out yesterday with a statement accusing Jeffrey Epstein of swindling “vast sums of money” from Wexner and his family. L Brands is the parent of retail chains Victoria’s Secret, Bath and Body Works, and Pink. Epstein is the accused sex trafficker and assaulter of dozens of underage girls who has mansions in multiple locations but is currently occupying an 8′ x 8′ jail cell in Manhattan while he awaits trial.

Pretty much anyone who was closely connected to Epstein is under some form of investigation, including his sex trafficking co-conspirators who solicited underage girls for him; the Palm Beach County Sheriff’s office that allowed his private limo and driver to pick him up six days a week from his jail cell for a so-called daily 12-hour “work release” program following his previous indictment a decade ago for soliciting sex from a minor; and his private jet pilots who ostensibly facilitated the sex trafficking of underage girls across multiple continents.

And because Epstein was closely tied to Wexner and L Brands prior to 2007, the independent directors on the L Brands Board of Directors have hired an outside law firm to conduct a review.

One of the areas the law firm will undoubtedly want to look into is the role that Epstein played in a company called The New Albany Company. According to L Brands most recent proxy statement filed in May with the Securities and Exchange Commission, The New Albany Company may have some potentially problematic related party transactions. The proxy reveals this:

“The Company [L Brands] is engaged in several projects designed to increase our speed and agility in producing products that satisfy our customers. In the case of our beauty, personal care and home fragrance businesses, the development of supplier facilities in close proximity to our headquarters and distribution facilities in central Ohio has been an integral part of capturing the many business benefits of speed and agility. The New Albany Company, a business beneficially owned by Mr. and Mrs. Wexner, is in the business of developing real estate, including industrial parks, and has sold land (and may in the future sell land) to certain vendors or third party developers in connection with the continuing development of an industrial park focused on the foregoing business categories in New Albany, Ohio. The Audit Committee monitors such vendor and third party transactions on an ongoing basis to assure that they are in the best interests of the Company and its stockholders generally.”

Adding to further concerns, Wexner’s wife Abigail sits on the L Brands Board and has been there for more than two decades. L Brands is a publicly traded company subject to SEC rules and regulation.

According to a 2002 report in New York Magazine, Epstein was closely intertwined in The New Albany Company. Reporter Landon Thomas Jr. writes as follows:

“New Albany was a lush sprawl of farmland on the outskirts of Columbus that Wexner, starting in 1988, turned into a rich village of multimillion-dollar Georgian homes surrounding a Jack Nicklaus–designed golf course. It was a massive development project, financed largely by Wexner himself. Epstein was a general partner in the real-estate holding company, called New Albany Property, despite putting only a few million dollars of capital into the project.”

Clearly, there is a lot more to this story than the public has learned thus far.

JPMorgan and Sidley Austin Were Involved in the Mysterious $6.7 Billion Company Chaired by Jeffrey Epstein