Citigroup Is the Latest Casualty in Wall Street’s Trading Nightmare 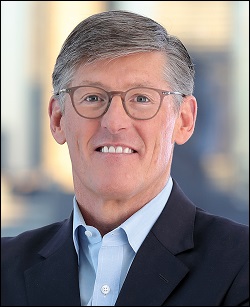 Here’s how to sum up the stock (equity) trading slowdown on Wall Street in one sentence: there are too many trading firms chasing too few investors wanting to trade. Wall Street has spent tens of billions of dollars over the past decade jazzing up its artificial intelligence/micro-second trading technology and too little time building confidence among the American people that Wall Street is a safe place to handle investment savings. The average American has moved the stock allocation portion of their portfolio to low-cost, passive index funds because of the risks and high fees in Wall Street’s proprietary funds. Hedge funds are now sitting on their hands as they bleed assets, shell-shocked from attempting to trade a market that can flip on a dime with each new Tweet from the President of the United States.

That follows the July 7 news from Deutsche Bank that it was trimming 18,000 jobs over the next three years and completely exiting its stock trading business.

In March, Kevin Dugan at the New York Post reported that Goldman Sachs was laying off workers, including some traders in its equities trading unit.

Stock trading revenues at the bank holding companies on Wall Street bounced back sharply in the first quarter of this year to $9.2 billion according to OCC data but there has obviously been a renewed struggle in the second quarter.

There was a day when Wall Street was all about stock trading. Today, under the universal banking model, no one has a clue why Wall Street exists. It’s a jumble of trillions of dollars in derivatives, secretive Dark Pool trading of their own stock, stock buybacks to artificially juice earnings, algorithms, indecipherable prospectuses on securitized subprime debt, revolving doors to Washington, multi-billion dollar settlements and non-prosecution agreements with the Justice Department, and a lot of billionaires in corner offices.