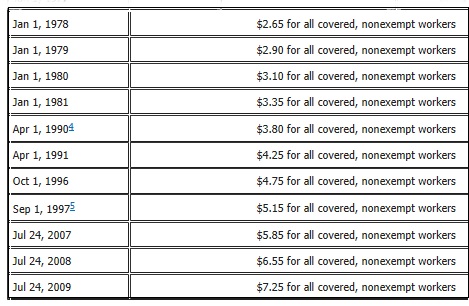 Calling 20 and 30 percent credit card interest rates “extortion and loan sharking,” Senator Bernie Sanders and Congresswoman Alexandria Ocasio-Cortez yesterday introduced the ‘‘Loan Shark Prevention Act’’ which would set a Federal cap of 15 percent on interest rates that can be charged to consumers.

In introducing the new legislation, Sanders and Ocasio-Cortez singled out the mega Wall Street banks, writing the following in a white paper they released simultaneously with the proposed legislation:

“Despite the fact that banks can borrow money today at less than 2.5 percent from the Federal Reserve, the median credit card interest rate today for consumers is an astounding 21.36 percent…

“Jamie Dimon, the CEO of JP Morgan Chase, is now worth $1.4 billion after his bank got a taxpayer bailout of more than $400 billion during the financial crisis…

“The American people are sick and tired of being ripped off by the same financial institutions that they bailed out ten years ago.”

Why so many Americans have been forced into these loan sharking interest rates can be best illustrated by the two charts above. According to the Federal Reserve, consumer credit outstanding (both revolving and nonrevolving credit) has grown from $2.5 trillion in 2009 to $4 trillion today. During the same time period, the Federal minimum wage hasn’t budged: it has remained static at $7.25. Some states have enacted laws which have raised the minimum wage but none of these are enough to keep families from being forced into credit card debt traps when a medical emergency arises or the primary wage earner loses a job.

In the webcast (see video below) that Sanders and Ocasio-Cortez released to explain why the nation needs a Federal usury law, Ocasio-Cortez told the story of one of her constituents who had to borrow $40,000 from a bank in 2006 to pay for cancer treatments for his mother in order to keep her alive. The bank charged him over 20 percent interest but he was able to make his payments of $800 a month on time. Then the financial crisis hit in 2008 and he lost his job and fell behind on the payments. Without telling him, the bank sold off his loan to a debt servicer that sued him in court. It wasn’t until his wages were being garnished at his new job that he learned he would have to repay $53,000 on his original $40,000 loan, on which he had already repaid $28,000.

Compare how that struggling American was treated versus the $29 trillion that the Federal Reserve secretly funneled to the same banks that were charging their customers over 20 percent interest on credit cards during the financial crisis. In one of the Fed’s lending programs, the Primary Dealer Credit Facility (PDCF), it funneled 64 percent of its loans to just three mega Wall Street banks. Citigroup, Morgan Stanley and Merrill Lynch received $5.7 trillion of the PDCF’s $8.95 trillion in loans. Their mean interest rate was 1.065 percent.

In their white paper, Sanders and Ocasio-Cortez explain how the U.S. ended up with such draconian consumer interest rates. They write:

“But, those state interest-rate caps were obliterated by a 1978 Supreme Court decision (Marquette National Bank v. First of Omaha Service Corp), which concluded that national banks could charge whatever interest rate they wanted if they moved to a state without a usury law. So most of these companies moved to South Dakota or Delaware with no interest rate caps, allowing them to charge people in Vermont or Kansas interest rates of 20 or 30 percent. That is unacceptable. Under this plan, the disastrous Marquette Supreme Court decision would be repealed.”

You can be certain that lobbyists for those mega banks on Wall Street had their hand in repealing the usury laws in the U.S. It’s nothing less than an outrage and scandal that members of Congress haven’t come together in all these years to cap consumer interest rates as they have undoubtedly also heard from their constituents about the humanitarian crisis this is having on families across the nation. Clearly, 15 percent is still too high a rate for struggling consumers but it shows pragmatism on the part of Sanders and Ocasio-Cortez: they’d have no hope of the legislation ever passing if they went for a lower rate.