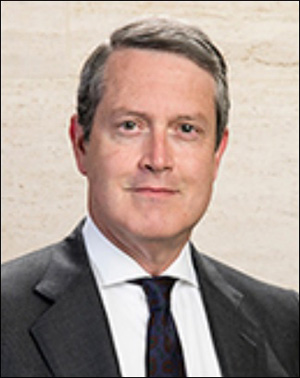 Randal Quarles, Vice Chair for Supervision at the Federal Reserve

What the United States desperately needs is less Financial Stability Reports and actual financial stability – rather than the Wall Street Casino in drag as Federally-insured banks.

Another reason the Fed may want its own Financial Stability Report is to create the illusion that things have dramatically changed in the structure of the Wall Street mega banks since the financial collapse of 2008 when the Fed secretly funneled $29 trillion into the collapsing hulks of the mega banks it was supposed to be prudently regulating, in order to prop them back up. In fact, very little has materially changed since 2008. The mega banks are bigger than they were in 2008; the mega banks are still paying the ratings agencies to rate toxic debt; the Volcker Rule has been rendered meaningless by the banks simply calling proprietary trading a hedging function; the mega banks are still trading the stock of their own bank in their own Dark Pools, potentially manipulating their share prices; and the hundreds of trillions of dollars in derivatives, which the public was assured under Dodd-Frank financial reform legislation would be moving out of the darkness onto exchanges or central clearing houses, remain largely in the dark as private contracts of unknown terms between the bank and an unknown counterparty.

As we will explain in a moment, derivatives played a central role in the financial collapse of 2008. In its recent Financial Stability Report, the Federal Reserve has moved from illusion to outright lying about the state of derivatives at the mega banks.

The Fed first correctly notes that at the time of the 2008 financial collapse “Over-the-counter derivatives markets were largely opaque. And banks, especially the largest banks, had taken on significant risks without maintaining resources sufficient to absorb potential losses.” But then the Fed goes on to deliver this monstrous falsehood, implying that 60 percent of derivatives at the mega banks have moved out of the darkness and are now centrally cleared. The Fed writes:

“Central clearing of derivatives and securities transactions has grown over the past several decades—both in absolute terms and relative to the size of financial markets. Since the financial crisis, global regulatory efforts have contributed to this growth by encouraging and, in some cases, mandating central clearing of over-the-counter derivatives. By some estimates, the percentage of such activity that is centrally cleared now exceeds 60 percent.”

What’s the point of this lie by the Fed? It is obviously to make the behemoth Wall Street bank holding companies that it oversees appear to be much safer than they really are in order to placate regulators in Europe, Asia and elsewhere.

The official Federal tabulator of how many derivatives remain “bilateral,” or private contracts between a bank and another party (also called over-the-counter or OTC), and how many are centrally-cleared, is the Office of the Comptroller of the Currency (OCC). The OCC puts out a quarterly report with that data. In its most recent report for the quarter ending December 31, 2018, it showed that just 39.8 percent of the derivative contracts at the mega Wall Street banks were being centrally-cleared – that’s almost eight years after Dodd-Frank became the law of the land. (We should also note that just five Wall Street bank holding companies control 86 percent of the $232.7 trillion in notional derivatives at all banks according to the OCC’s latest report. Those bank holding companies are: JPMorgan Chase, Citigroup, Goldman Sachs Group, Morgan Stanley and Bank of America.)

The graph below is from the latest OCC report and if you look at the figures in the last column it shows that essentially no progress has been made since 2015 in moving these derivatives out of the dark shadows and onto a central clearing platform. Even worse, as the graph shows, more than 70 percent of the most dangerous of these derivatives, credit default swaps, are not being centrally cleared.

According to the official report from the Financial Crisis Inquiry Commission, which was statutorily mandated to examine the financial collapse, derivatives played a central role in the crash. The report summarized its findings as follows:

“We conclude over-the-counter derivatives contributed significantly to this crisis. The enactment of legislation in 2000 to ban the regulation by both the federal and state governments of over-the-counter (OTC) derivatives was a key turning point in the march toward the financial crisis…without any oversight, OTC derivatives rapidly spiraled out of control and out of sight, growing to $673 trillion [globally] in notional amount. This report explains the uncontrolled leverage; lack of transparency, capital, and collateral requirements; speculation; interconnections among firms; and concentrations of risk in this market. OTC derivatives contributed to the crisis in three significant ways.

“First, one type of derivative—credit default swaps (CDS)—fueled the mortgage securitization pipeline. CDS were sold to investors to protect against the default or decline in value of mortgage-related securities backed by risky loans. Companies sold protection—to the tune of $79 billion, in AIG’s case—to investors in these newfangled mortgage securities, helping to launch and expand the market and, in turn, to further fuel the housing bubble.

“Second, CDS were essential to the creation of synthetic CDOs. These synthetic CDOs were merely bets on the performance of real mortgage-related securities. They amplified the losses from the collapse of the housing bubble by allowing multiple bets on the same securities and helped spread them throughout the financial system. Goldman Sachs alone packaged and sold $73 billion in synthetic CDOs from July 1, 2004, to May 31, 2007…

Randal Quarles was sworn in as Vice Chair for Supervision of the bank holding companies at the Federal Reserve on October 13, 2017. That post was also created for the first time under the Dodd-Frank financial reform legislation. Quarles also Chairs the Financial Stability Board, the international body that monitors and makes recommendations on regulations for the global financial system. Quarles is a Yale Law grad who spent a total of 15 years at the Big Law firm of Davis Polk & Wardwell, where the mega Wall Street bank, JPMorgan Chase, has been its client since the late 19th Century. Quarles also spent more than 6 years at the private equity powerhouse, The Carlyle Group. In between those stints, he has been in and out of various positions at the U.S. Treasury.

Quarles will be one of the Federal regulators testifying today on just how they are supervising the big banks at a 10 a.m. hearing before the House Financial Services Committee. Let’s hope that this Committee bores down to the critical issues that are genuinely putting the nation at risk of another epic financial crisis.