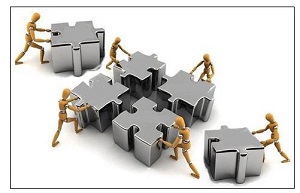 Lily Tomlin once famously said “No matter how cynical you get, it is impossible to keep up.” When it comes to Wall Street, that particularly rings true. Just take the case of what happened to the trading of Boeing’s stock by Dark Pools the week after the second crash of its new 737 Max 8 jet in a nose-down dive on March 10.

The biggest Wall Street banks are (insanely) allowed by Federal regulators to own and operate unregulated quasi stock exchanges called Dark Pools where they trade New York Stock Exchange and Nasdaq listed stocks between themselves, in the dark. The only speck of sunshine comes three weeks after the trading when the banks’ self-regulator, FINRA, posts totals for the week for each Dark Pool. There is no information on who’s on the buy and sell side or what time of day or day of the week the trades occurred. Adding to the darkness, a number of banks have more than one Dark Pool. For all the public knows, one bank could be on both the buy and sell side of the same trade – artificially boosting the price of the stock if it has a buy rating on it or artificially tanking the stock price if it has an underperform, or the very rare, sell rating on it.

On Sunday, March 10, 2019 a Boeing 737 Max 8 operated by Ethiopian Airlines Group crashed minutes after takeoff, killing all 157 people on board. That followed a similar crash of a 737 Max 8 on October 29, 2018 by a Lions Air flight in Jakarta, Indonesia that killed all 189 passengers and crew on board when it plunged into the sea shortly after takeoff.

According to FINRA data, all Dark Pools cumulatively traded 791 percent more Boeing stock during the week of the crash than the week prior. The number of individual Dark Pool trades went from 16,225 the week prior to the crash to 127,746 the week after the March 10 crash.

We looked at all four weeks prior to the March 10 Boeing crash. Dark Pool trading in Boeing’s stock had been equally muted compared to the week after the crash.

There is another important aspect to this story. Boeing is one of the 30 stocks that make up the Dow Jones Industrial Average, the most closely watched stock market index in the world. To many people, “the Dow” is the U.S. stock market.

Boeing is not only a Dow 30 component, but it is the most expensive stock in the Dow – by far. That matters a lot to how good or how bad the Dow looks because the Dow Jones Industrial Average just happens to be a price-weighted index.

A price-weighted stock index weights its stock components in proportion to their price per share. Under this system, stocks with higher prices receive a greater weight in the index, regardless of the market capitalization of the company or the number of shares outstanding. In other words, if Boeing’s stock is going up by a lot, the Dow Jones Industrial Average can show a healthy increase, even if other Dow components are going down.

Both President Donald Trump and Wall Street want the Dow Jones Industrial Average to look healthy. A healthy stock market will help Trump’s reelection bid. Trump has repeatedly bragged on his Twitter page about how he’s responsible for the good stock market. Just this past Sunday, he Tweeted that the stock market could have been up another 5,000 to 10,000 points were it not for the Fed’s tightening of interest rates.

Wall Street’s serially charged mega banks also want the Dow to keep Trump, Congress and the public in happy spirits so that they can continue to get Trump to gut Federal regulations and the Federal agencies that look at their myriad dark trading and accounting practices and their private justice system called mandatory (or binding) arbitration that locks both customers and employees out of the nation’s courts.

What the public needs desperately at this point in time is for two more of those curious university professors to emerge and examine Dark Pool trading as they did in the 90s to expose the Nasdaq price-fixing. Were it not for Professors William Christie of Vanderbilt University and Paul Schultz of Ohio State, the mega Wall Street banks would still be running a price-fixing cartel on Nasdaq.

Today, the SEC simply slaps a few knuckles at the Dark Pools and levies minuscule fines while letting the highly suspicious activity continue, including the outrageous activity of Wall Street mega banks trading the shares of their own company stock.

The Silence on Wall Street’s Dark Pools Is Deafening

What Was JPMorgan Doing in its Dark Pools During the 2,000-Point Plunge Week?