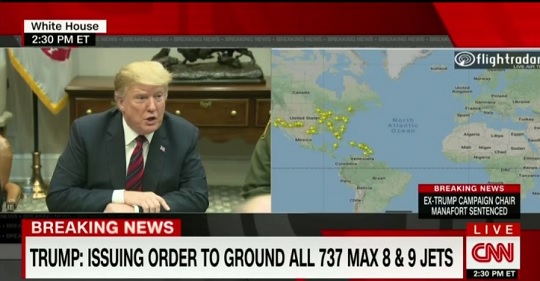 A crony Federal regulator, or one perceived to be captured by the industry it polices, will eventually doom consumer confidence in the products and services of the industry to which it provides oversight.

President Obama appointed Mary Jo White to serve as his Securities and Exchange Commission Chair for the final term of his presidency. White and her husband both worked for large law firms that together had represented every major Wall Street bank – the same ones that had created the largest financial collapse since the Great Depression in 2008. White’s supervision of Wall Street was so derelict that Senator Elizabeth Warren sent her a scathing 13-page critique of her performance.

Warren called out the SEC’s practice of settling the vast majority of cases without requiring meaningful admissions of guilt and White’s repeated recusals from investigations because of her prior employment (and her husband’s current employment) at law firms representing Wall Street. The New York Times reported in 2015 that the conflicts of White and her husband had resulted in her recusing herself “from more than four dozen enforcement investigations.” Although White had represented to Congress in a written letter that she would be retiring from her law firm upon confirmation as SEC Chair, she went back to that law firm, Debevoise & Plimpton, and now leads its Strategic Crisis Response and Solutions Group.

After its grossly negligent oversight of Wall Street going into the epic financial crash of 2008, Congress gave the Federal Reserve an increased supervisory role in the Dodd-Frank financial reform legislation of 2010. But during the entire two terms of Obama’s presidency, he never appointed a Vice President for Supervision of the banks at the Fed as he was required to do under the law. Instead, he allowed the Fed to outsource supervision to the crony folks at the New York Fed. The President of the New York Fed at the time of the crash, Tim Geithner, was elevated by Obama to be his Treasury Secretary and to sit at the head of the Financial Stability Oversight Council, a new body created under the Dodd-Frank legislation to, ostensibly, provide a further layer of oversight to the big banks.

Trump has carried on Obama’s tradition, putting Jay Clayton in as head of the SEC. As we previously reported, Clayton had represented 8 of the 10 largest Wall Street firms in the three years prior to his nomination.

Even an SEC career lawyer and a New York Fed bank examiner have blown the whistle on how the leadership of these “watchdogs” have caved to pressure from Wall Street.

The public has been repulsed by Wall Street’s ongoing serial crimes and its lapdog regulators. Wall Street today ranks as one of the least trusted industries in America. Two of the biggest banks on Wall Street, both more than a hundred years old, have become felons for the first time in their century of existence. JPMorgan became a double-count felon in 2014 over its role in the Bernie Madoff Ponzi scheme and a single-count felon again in 2015 for its role in the rigging of foreign currency exchange trading. Citigroup became a felon in 2015 in the Forex matter. Both banks pleaded guilty to the counts brought by the U.S. Department of Justice.

Wall Street is one of the most important industries in America and trust in it has been vastly diminished around the world and by consumers at home. Now, the question becomes will another critical U.S. industry fall victim to a crony regulator.

Early last year, media reported that President Trump was considering his personal pilot, John Dunkin, to head the Federal Aviation Administration (FAA) – an agency with 45,000 employees and a $17.5 billion budget. When Trump received pushback from members of Congress, that idea was dropped. Since then, the job has been filled on an acting basis by Dan Elwell, who had previously worked for Airlines for America, a lobbying organization.

Since Sunday, Boeing’s reputation seems to be following the trajectory of Wall Street – in no small part because the FAA didn’t immediately ground its 737 Max airplanes in the U.S. after one operated by the Ethiopian Airlines Group crashed minutes after takeoff on Sunday, March 10, killing all 157 people on board. That followed an eerily similar crash on October 29, 2018 by a Lions Air flight in Jakarta, Indonesia that killed all 189 passengers and crew on board when it plunged into the sea shortly after takeoff.

Instead of immediately grounding the 737 Max, on Monday, March 11, according to CNBC, the FAA told international airlines that the 737 Max remained airworthy. But also on Monday, both the Civil Aviation Administration in China and Indonesia regulators grounded the 737 Max in their countries.

On Tuesday, in a major embarrassment to the FAA, considering what it had said just the day before, the European Union Aviation Safety Agency grounded the 737 Max across Europe. The ban included suspending all foreign airlines from operating the jet into, within, or out of the European Union. In other words, it didn’t want the plane over its cities, buildings or people.

On Wednesday, March 13, Canada banned the 737 Max planes, citing similarities between the Ethiopian and Lion Air crashes. There were 45 countries that had banned the plane before the FAA decided to act yesterday.

According to FAA data, there are 74 such planes registered in the U.S. and a worldwide fleet of 387. Boeing, however, is desperate to limit the damage to the plane’s reputation because it has about $600 billion in orders for approximately 5,000 of that model plane.

Since closing at $422.54 last Friday, Boeing’s stock has lost approximately $26 billion in the market value of its shares, trading intraday this morning at $374.

All of this is proving, once again, that deregulation and crony regulators are not good for business but, instead, undermine the public’s confidence that is vital to sustaining America’s competitive edge.