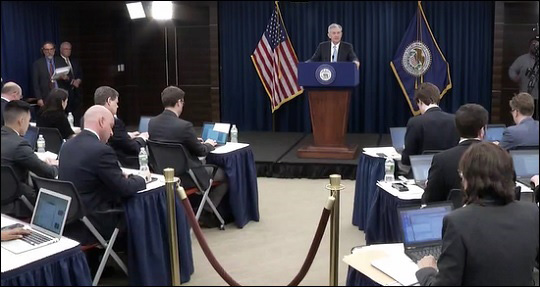 Jerome (Jay) Powell, Chair of the Federal Reserve Board of Governors, Speaks at a Press Conference Following FOMC Announcement on March 20, 2019

The real drama in the market yesterday was not the 2:00 p.m. release of the Federal Open Market Committee (FOMC) statement to hold rates steady but what happened about twenty minutes into the press conference that began at 2:30 p.m. when Fed Chairman Jerome (Jay) Powell began to answer questions from an intrepid group of reporters. The youthful, fresh-scrubbed faces from well-known media outlets presented a paradoxical contrast to the gritty questions they lobbed at the man who clearly understood that losing his cool could tank the stock market.

But despite Powell’s calm exterior, the stock market didn’t like the questions or the responses from Powell. Opacity is treasured by the masters of today’s stock market. Too much transparency or honesty sends hedge funds and dark pools running for the safety of Treasury notes. Not only did the Dow Jones Industrial Average begin a sharp descent about 24 minutes into the press conference (see chart below) but so did each of the five largest Wall Street bank stocks: JPMorgan Chase, Bank of America, Citigroup, Goldman Sachs, and Morgan Stanley.

So exactly who were these truth-seeking reporters and what was the nature of the uncomfortable questions they asked? 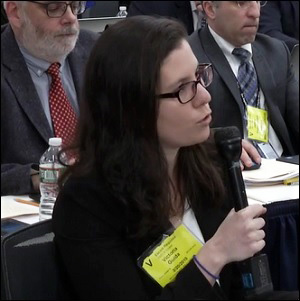 About twenty minutes into the press conference, Victoria Guida, a reporter from Politico, voiced some of the same concerns that Wall Street On Parade expressed on March 12 regarding the fact that the Fed had rushed through a rule change that effectively said that the Federal Reserve Bank of New York’s bank examiners could not flunk the mega Wall Street banks on their stress tests even if there were serious lapses in risk management like failing to report and/or control money laundering, insider trading, bribery, or market rigging. That’s a big gift to the behemoth Wall Street banks who are currently under investigations for money laundering and market rigging.

Guida asked: “How do you respond to criticism that the Fed’s recent move to remove the qualitative objection to CCAR [acronym for the stress test] makes it less transparent to the general public?” Guida also noted that the decision had not been unanimous – that one Fed Governor, Lael Brainard, had dissented.

Powell said that the big Wall Street banks that are subject to the stress tests had made “significant progress” and are much better today at the capital planning process. Astute Fed watchers likely surmised that all Powell was going to do was dodge any substantive answer to this important question and quickly pivot to the next query. (See our report: Three Federal Studies Show Fed’s Stress Tests of Big Banks Are Just a Placebo.) 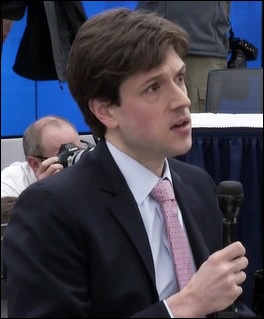 A query or two later came Nick Timiraos of the Wall Street Journal who implied the stock market might be in another bubble along the lines that led to the epic dot.com crash in 2000. Timiraos asked: “In 1998 the Fed eased policy in a way that some say may have avoided a recession, others say may have helped fuel the Nasdaq’s tech stock bubble. And financial conditions have eased considerably this year since the policy pivot that you made clear in January. The S&P, for example, is just 3 percent below last summer’s peak. So, I wonder, does this episode from 20 years ago bear at all on your thinking today about the risks posed by rising asset values in an environment of a shallower policy path?”

Powell answered that it is a very different environment today because the Fed is publishing reports and monitoring things. It should be noted that the greatest financial crash since the Great Depression occurred in 2008 – when the Fed was also monitoring things and publishing reports. And since researchers at the Federal government’s own agencies don’t think the Fed is properly conducting the stress tests, exactly how are we in a very different environment today? (See Market Bubble? 5 Tech Stocks Go From $1.88 Trillion to $3.4 Trillion in Less than 3 Years.) 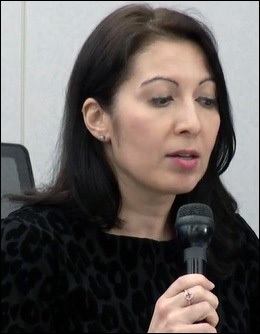 Donna Borak, Reporter for CNN, Asks About the Alarming Growth of the U.S. National Debt at Fed Press Conference on March 20, 2019

Another squirmy moment for Powell came when Donna Borak, reporter for CNN, asked about the alarming growth of the U.S. national debt. Borak explained that in President Trump’s budget for 2020 there was an estimate that the national debt could grow to over $31 trillion by 2029. Borak wanted to know how alarming that number was to Powell and when would he begin to worry about a possible credit crisis.

The markets wanted Powell to say nothing to see here, move along. Instead, he gave the honest answer that today’s stock market and the big banks (that have every expectation of receiving another taxpayer bailout if they blow themselves up again) do not want to hear. Powell said: “Our debt can’t grow faster than our economy indefinitely and that’s what it’s doing now.”

Then there was another difficult moment when James Politi of the Financial Times asked Powell about the Fed’s announcement yesterday to stop the reduction of its balance sheet on September 30 of this year. (See the Fed’s full statement here.) Politi was able to elicit a hard number from Powell who said that at the end of September when the balance sheet reduction shuts down, the Fed’s balance sheet should be a bit above $3.5 trillion. 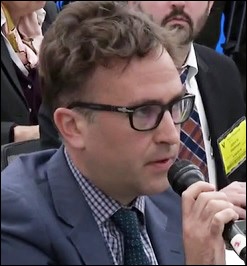 As a result of its massive bond buying programs known as Quantitative Easing (QE1, QE2 and QE3) in the aftermath of the 2008 Wall Street crash, the Fed’s balance sheet had swollen from $914.8 billion at the end of 2007 to $4.5 trillion in 2014 where it hovered for the next three years.

The Fed began to unwind, or to use its phrase “normalize,” its balance sheet in October 2017. According to the Fed’s financial report for February 28, 2018, its balance sheet had only dwindled to $4.393 trillion at that point. It stood at just over $4 trillion in February of this year.

In a press conference on June 13 of last year, Powell mentioned the normalization schedule, stating: “…our program for reducing our balance sheet, which began in October, is proceeding smoothly. Barring a material and unexpected weakening in the outlook, this program will proceed on schedule, and our balance sheet will continue to shrink.”

So has there been a “material and unexpected weakening in the outlook”?  Yesterday Powell opened his press conference with this:

“The U.S. economy is in a good place, and we will continue to use our monetary policy tools to help keep it there.  The jobs market is strong, showing healthier wage gains and prompting many people to join or remain in the workforce.  The unemployment rate is near historic lows, and inflation remains near our 2 percent goal. We continue to expect that the American economy will grow at a solid pace in 2019, although likely slower than the very strong pace of 2018.”

Since Powell said nothing about a material weakening in the outlook, the markets have two scenarios to mull over: The economy is in worse shape than the Fed Chair is willing to reveal to the American people or the Fed Chair has been bullied into being more accommodative as a result of the verbal attacks against him by President Donald Trump.

Neither scenario is comforting to the markets nor should it be to the American people. 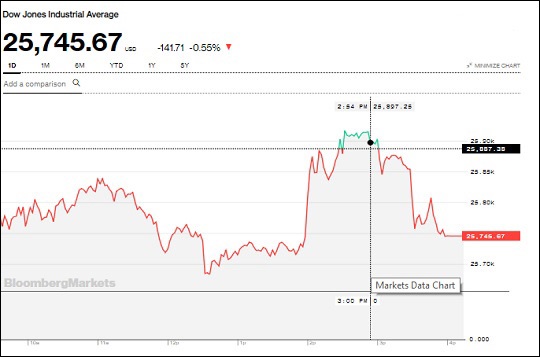