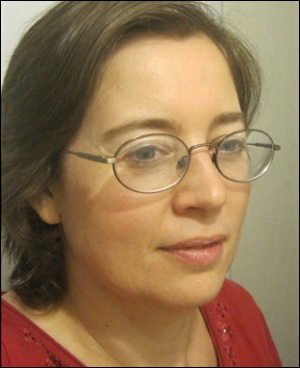 Jenny Brown has cracked the code that few writers, outside of analysts trained by the CIA, have cracked. In her new book scheduled for release on March 1 by PM Press, Birth Strike: The Hidden Fight Over Women’s Work, Brown performs a brilliant forensic examination of the money and people behind the stealth agenda to raise the low birth-rate in the United States. That agenda includes concerted campaigns against abortion, the “morning-after pill” and other forms of contraception. Using exhaustive research, Brown convincingly makes the case that it’s a well-financed corporate agenda implanted in Washington with an end goal of putting more American women in the maternity ward.

It’s not a cultural or religious agenda as many people believe. It’s just about money – corporate profits to be more specific. More babies mean more workers and more workers mean cheaper labor because there is no shortage of supply and thus no bargaining power for higher wages. (In that respect, it’s akin to why corporations spent decades undermining the right to unionize. Without a union, the individual worker has little negotiating power for higher wages, benefits or a shorter work week.)

Brown’s book is a critically important read if you are politically engaged, involved in social justice issues, or simply want a greater understanding of how corporations rule in Washington. It provides a powerful arsenal of facts, figures and historical context while simultaneously offering a fast-paced and fascinating story-telling quality.

The book revolves around these two facts: “A stable population in the developed world requires a birth rate of 2.1 children per woman, enough to replace the woman and her male counterpart. The current birth rate in the United States is estimated at 1.76, considerably below this replacement level,” writes Brown. Equally at issue, the current birth rate has “decreased 16 percent since 1990,” Brown notes.

The stealth agenda to boost the supply of corporate workers by raising the birth rate is not as stealthy as it once was – although it has eluded a lot of feminist writers until now. Brown provides numerous examples of men openly acknowledging the agenda. For example, Brown cites the 2014 book by Steven Philip Kramer of the National Defense University, The Other Population Crisis: What Governments Can Do about Falling Birth Rates, and the 2004 book by Phillip Longman of the New America Foundation, The Empty Cradle: How Falling Birthrates Threaten World Prosperity and What to Do about It. Longman writes: “Capitalism has never flourished except when accompanied by population growth and it is now languishing in those parts of the world (such as Japan, Europe, and the Great Plains of the United States) where population has become stagnant.”

As is typical, the Wall Street Journal has also been churning things up. Brown notes the following:

“ ‘The nation’s falling fertility rate is the root cause of many of our problems. And it’s only getting worse,’ conservative Jonathan Last cautioned in a Wall Street Journal article promoting his 2013 book What to Expect When No One’s Expecting. The Journal followed that with ‘The World’s New Population Time Bomb: Too Few People,’ which warned that the ‘developed world’s working-age population [is] to start declining next year, threatening global growth in the decades ahead.’ ”

Brown muses about the money that the billionaire Koch brothers have poured into anti-abortion and anti-contraception groups. The Kochs own the second largest private corporation in the United States, Koch Industries, which employs roughly 120,000 workers worldwide. The standard explanation is that the Kochs simply want to push the voter base to the right. Brown sees it differently (and we agree), writing that “Certainly voter manipulation is a part of the story, but this explanation has come to overshadow a deeper saga: The age-old battle over control of women’s valuable reproductive labor. Characterizing the current assaults as electoral trickery misses the submerged iceberg of uncompensated reproductive labor from which the rich and powerful have always derived their wealth.”

Brown writes that if we look at it as a “fight over the production of humans — how many, how fast, and at what cost — then it seems likely that employers, as a class, would have an intense interest. They would especially care when they are called upon to put in resources, as they are whenever we demand paid family leave or publicly funded childcare. A higher birth rate does serve an economic goal: An ever-expanding workforce raised with a minimum of public spending and a maximum of women’s unpaid work. Why would employers pay for parental leave if they can push us into maternity for free? Why would corporations pay taxes for a national childcare system if families can be induced to take that burden upon themselves?”

Brown makes it clear to readers that she is not buying into the corporate media proposition that “everyone wants what’s good for all” and that any disagreements are simply differing opinions on how to achieve that goal. Brown reminds us:

“Look at history: Every advance we’ve made was hard fought against an opposition that wanted it stopped. Whether it was independence from the British empire, the end of slavery, two days off on the weekend, a minimum wage, a shorter work week, birth control, voting rights for blacks and women, the right to form a union, women having their own bank accounts, the right to divorce — there were people dead set against it, not because they were misinformed about how great life would be if the change occurred, but because they were actually going to lose something: power, money, prestige, or control. It’s true that some in the oppressed group also opposed the changes, but when the changes came, they discovered they didn’t want to go back, whereas many in the ruling group still yearn for the good old days.”

Brown further reminds readers that it was corporate employers who benefited from the absence of child labor laws, writing: “An abundant supply of children was useful to employers, not just because they were dexterous and inexpensive workers, but because they could drive down the wages of all workers. Children’s lower wages undermined those of their parents, driving a cycle of desperation in families and leading them to send more children out to work.”

In the book, Brown reveals how much better women in other countries have it when it comes to having children, writing that “…the United States is virtually the only country in the world not to provide some form of paid parental leave — fifty countries provide more than six months of paid maternity leave by law, and forty-three countries provide fourteen weeks or more of paid paternity leave.”

There is also ample evidence provided that the decision to have children by parents in the United States is making them poorer than nonparents. Brown notes the “average childcare bill in the U.S. is $9,589 a year,” while in other countries, “childcare is free like public schools.” Quoting from a study, Brown notes that “Child poverty in U.S. two-parent families is six times that of Sweden and seven times that of Finland.”

Brown also, correctly, sees the Republican “pro-family” mantra as a stealth campaign for a higher birth rate on the cheap. Brown writes:

“Most politicians portray themselves as ‘pro-family,’ but none do it more vigorously than conservative Republicans. This might seem ironic, as it is the most loudly pro-family who try to block increases to the minimum wage, cut Head Start childcare and school lunch programs, slash welfare payments for parents and health care for children, oppose any kind of family leave (even unpaid), and generally make life less livable for children and families.

“But it is not just hypocrisy, and it’s worth decoding. What ‘profamily’ really means is families instead of government: Cut government, and put the work on families. And by ‘families’ they mean women, and women’s unpaid labor. Listen to conservative reformers Ross Douthat and Reihan Salam’s vision of a small-government, big-family America: ‘Crafting pro-family policies . . . is not a question of turning back the clock to some lost Ozzie-and-Harriet golden age. . . . Quite the opposite: Precisely because the world has changed, with the demise of lifetime employment and increasing returns to education, strong families are growing ever more important and policies that encourage people to form them and keep them together are ever more necessary.’ ”

The book provides a wealth of ideas for women and grassroots groups to take control of the debate in Washington. Brown is creating a study guide to foster consciousness-raising groups across the country and will be embarking on a national speaking tour. A Kickstarter campaign has been established to help fund the tour and study guide.

Brown is able to write with authority as an organizer for National Women’s Liberation; she was a leader in the grassroots campaign to have the “morning-after pill” available over-the-counter in the U.S. and a plaintiff in the winning lawsuit. She co-authored Women’s Liberation and National Health Care: Confronting the Myth of America and is the author of Without Apology: The Abortion Struggle Now.