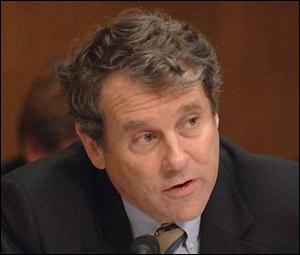 Koch Industries seems to have developed a secret sauce for winning elections. In January 2017 Time Magazine’s Philip Elliott reported that “In seven of the eight up-for-grabs U.S. Senate races last year, the Koch-backed candidate won. In all, Koch-backed candidates at all levels of races prevailed 96% of the time—a record any outside group would covet.”

Now, despite polls showing Ohio Democratic Senator Sherrod Brown with a wide lead against his Republican challenger, U.S. Congressman Jim Renacci, there is reason to worry about what is going on in Ohio.

On April 21 The Australian published an intriguing news article by Michael Owen. It revealed that the South Australian Liberal party leader Steven Marshall (in reality a conservative party as opposed to how we think of liberals in the U.S.) had sent two of his key people to the U.S. state of Ohio “for briefings and negotiations on how to adapt” the i360 voter data technology for Australian elections. Owen notes further that “The South Australian Liberal Party was the first outside the US to use i360 in an election. Party sources say it was critical in defeating Labor for the first time in 16 years.”

What is i360? It’s a vast voter database/data mining/micro-targeting/media buying/door-to-door knocking/phone banking/artificial intelligence business owned by Koch Industries, a fossil fuels conglomerate with more than $100 billion in revenues per year. Koch Industries is known for its anti-climate-science and anti-regulatory agenda. Last November, the watchdog group, Public Citizen, reported that 44 Trump administration officials have been plucked from the Koch big money donor network. (See our recent in-depth reports on i360 for CounterPunch here and here.)

Koch Industries has, for some reason, decided to come out of the closet on its ownership of i360 and is now openly running help wanted advertising for data scientists and other IT professionals to assist it in meddling in the 2018 election. It says in all of these ads that the location of the jobs is in Arlington, Virginia. So if the i360 brainiacs are located in Virginia, why was the South Australian Liberal Party sending folks to Ohio?

We emailed Sascha Meldrum, Director of the South Australian division of the Liberal Party of Australia, who was one of the individuals reported to have visited Ohio to get up to speed on i360. We asked Meldrum who it was she had met with in Ohio. Her first email response asked for the name of the publication for which we were writing our article. After we responded, we got a second email acknowledging that she had visited Ohio “for briefings on i360” but she failed to answer the question we had posed — whom she had met with.

Meldrum has an interesting history. Prior to her current position, she had been in public affairs and strategic communications for the defense sector, including a 5-year stint for Raytheon Australia, an offshoot of the big defense contractor in the United States.

One possible explanation for why someone from Australia would travel 10,000 miles to Ohio is that Ohio Republican Senator Rob Portman heavily relied on help from i360 for his huge win over former Ohio Governor Ted Strickland’s Democratic bid in 2016.

The i360 operation was so proud of its stunning success that it has posted a detailed description of how it achieved victory, writing as follows:

“For grassroots activity, the campaign was one of the most active on i360 Walk and i360 Call having logged more than 6 million voter contacts by the end of the cycle. They also took full advantage of the nimbleness of the i360 analytics team to create custom dashboards quickly, ensuring their team had the most useful data possible at all times. By using all of these i360 solutions, the campaign was able to ensure that all their data and analytics were updated in real time as they gained more information about voters through field work, web and social data, AB/EV returns, and other data sources.

“By working with i360 to onboard the same universes used for grassroots outreach into online digital segments, the campaign could talk to the same voters online with the same level of targeting sophistication as they were offline – ensuring each voter saw only the most optimized message no matter where they were. The same tactic was employed for the TV media buys as well as for traditional mail outreach…” 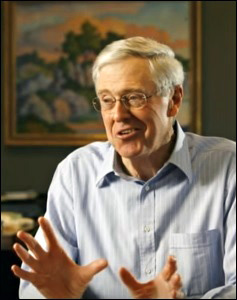 Pardon our skepticism if we don’t think that’s the full extent of the secret sauce. A tax-exempt organization called Freedom Partners, where all but one of its 9-member Board of Directors is a current or former Koch company employee (including its Chair, Mark Holden, who is General Counsel of Koch Industries), was long reported to be the owner of i360. But in April 2017, Charles Koch, CEO, owned up in an internal company newsletter to Koch Industries acquiring i360. He fails to say exactly when this acquisition occurred and we could locate no corporate press release or news article on the matter.

The Super Pac brags on its web site about how these ads took their toll, writing:

“The ads were so effective that Strickland was forced to respond directly to Freedom Partners Action Fund’s claims and even acknowledged in media interviews that the ads had taken their toll. As a result, his lead disappeared and the race shifted dramatically to Portman’s favor. By August, national support for Strickland began to dry up and Portman coasted to the most decisive victory in the nation. As a result of the Action Fund’s early engagement, the organization was able to invest resources in more competitive races during the final stretch of the campaign cycle.”

Could the same thing happen to Senator Sherrod Brown’s campaign? According to Federal Election Commission records, Brown’s Republican opponent, Jim Renacci, has not disbursed any funds from his official campaign committee to i360. However, FEC records do show that the Koch Industries Super Pac (KochPac) is supporting Renacci and made $10,000 in donations to his official campaign committee between March and April of this year. What Freedom Partners’ Super Pac might decide to do in the waning days of this election cycle is anyone’s guess.

According to the Center for Media and Democracy, at the January 2018 political strategy session held semi-annually by Charles Koch and his network of the super wealthy and their front groups, it was announced that the network planned to spend $400 million in the 2018 midterm elections, almost double what it had spent in the 2014 midterms.

By now you are likely asking yourself why Koch Industries is interested in elections in Australia. The answer is that it has significant business interests in Australia, which, like those in the U.S., are tied to greenhouse gas emissions. The Liberal Party of Australia supports a similar anti-regulatory agenda as does the current Republican majority in the U.S. Congress.

You are also likely asking yourself how it can be legal for a multi-national fossil fuels company to be overtly inserting itself into elections in this fashion. The answer is that under our current Republican-controlled three branches of government, anything is legal if you can get away with it.