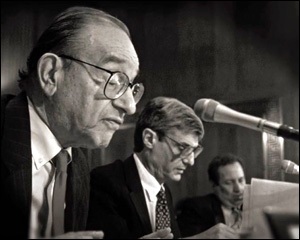 The New York Times published a 1300-word shallow dive into the byzantine, globally-interconnected world of financial derivatives in its print edition yesterday. After years of ignoring this seismic problem since it last blew up the U.S. financial system in 2008, what accounts for the New York Times’ newfound interest? We can sum up its 1300 word article using only three letters – CYA.

What frightened the Times into this foray into the dark web of financial derivatives held by the biggest Wall Street banks was a frightening, 111-page deep dive into the subject by Michael Greenberger, a law professor at the University of Maryland’s Carey School of Law. Greenberger knows a thing or two about derivatives, having previously served from 1997 to 1999 as the Director of the Division of Trading and Markets at the Commodity Futures Trading Commission (CFTC) under its head Brooksley Born. 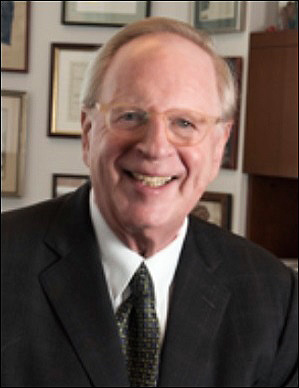 That was the period of time when Born fought to regulate over-the-counter derivatives and was sabotaged in her efforts by President Bill Clinton’s cozy attachment to Wall Street’s power and money and by Wall Street sycophants, Fed Chair Alan Greenspan, Treasury Secretary Robert Rubin and then Deputy Secretary of the Treasury, Larry Summers. Summers would later breeze into Rubin’s slot when Rubin left to join the Board of Citigroup, a major derivatives player. Rubin, who served in a non-management position on the Citigroup Board, would make $120 million in compensation over the next decade, leaving the bank collapsing from its derivatives and off balance sheet debt when he left in 2009. (See Robert Rubin Exorcises Citigroup from His Career in Today’s NYT OpEd.)

Citigroup received the largest taxpayer bailout in global financial history, receiving $45 billion in capital from the U.S. Treasury; the Federal government guaranteed over $300 billion of Citigroup’s assets; the Federal Deposit Insurance Corporation (FDIC) guaranteed $5.75 billion of its senior unsecured debt and $26 billion of its commercial paper and interbank deposits; and the Federal Reserve secretly made a cumulative $2.5 trillion in almost zero interest rate loans to Citigroup from 2007 through at least the middle of 2010, according to an audit by the Government Accountability Office.

Greenberger previously gave a no-holds barred interview about his time at the CFTC to the PBS program Frontline that aired in 2009. (See his interview transcript here and the program video here.) He explains all the warnings that Congress and the regulators had that over-the-counter derivatives were a danger to financial stability and needed to be regulated. He talks about Orange County, California going bankrupt in the early 90s after being “taken to the cleaners” by a Merrill Lynch derivatives salesman. He explains how Bankers Trust ripped off Procter & Gamble and Gibson Greeting Cards with complex derivatives. And he talks about the unprecedented collapse of the hedge fund, Long Term Capital Management (LTCM), after leveraging a $4.4 billion portfolio of derivatives by a factor of 125. The LTCM collapse created so much panic on Wall Street that the big Wall Street banks had to effectively buy up LTCM’s derivatives mess.

But none of this was enough to stop Congress from allowing the over-the-counter derivatives market to remain de-regulated until it blew up Wall Street in 2008. In the Dodd-Frank financial reform legislation of 2010, the CFTC was supposed to assume oversight of this market. But Wall Street has carved out so many loopholes since that time that the derivatives punch bowl is still flowing freely on Wall Street.

In his new report, Greenberger lucidly lays out the case that loose regulation and unchecked derivatives’ concentration have the potential to create another “economic Armageddon.” He concludes his report as follows:

“By their own design, large U.S. bank holding company swaps [derivatives] dealers and their representatives have crafted their own massive loopholes from Dodd-Frank swaps regulations, which they can exercise at their own will. By arranging, negotiating and executing swaps in the U.S. with U.S. personnel and then ‘assigning’ them to their ‘foreign’ newly ‘deguaranteed’ subsidiaries, these swaps dealers have the best of both worlds: swaps execution in the U.S. under the parent bank holding companies’ direct control, but the ability to move the swaps abroad out from under Dodd-Frank. As history has demonstrated all too well, unregulated swaps dealing almost always ultimately leads to extreme economic suffering and then too often to systemic breaks in the world economy, thereby putting U.S. taxpayers, who suffer all the economic distress that recessions bring, in the position of once again being the lender of last resort to these huge U.S. institutions….”

One thing is particularly curious about the New York Times article. The headline over the digital story is: “Decade After Crisis, a $600 Trillion Market Remains Murky to Regulators.” The $600 trillion figure is the notional (face amount) of derivatives. But then, instead of reporting the notional amount of derivatives at Goldman Sachs, JPMorgan Chase and Citigroup in trillions of dollars in the article, which they are, it reports them in billions of dollars, thus making it appear that these banks are holding a miniscule amount of the $600 trillion market, which they are decidedly not. (See related articles below.)

We’d drop the New York Times an email asking for a correction but, as our long-time readers clearly know, we’ve been down that road before without success.