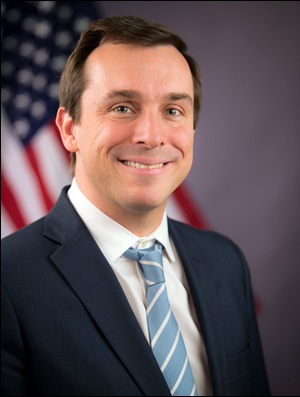 Last Friday, Steven Pearlstein, a Pulitzer Prize-winning business and economics columnist at the Washington Post, penned an in-depth article on the hubris of stock buybacks and the role they are playing in retarding future growth of the U.S. economy as well as fueling the next debt implosion. That dire warning was followed yesterday by equally ominous remarks delivered at the progressive think tank, the Center for American Progress, by newly appointed SEC Commissioner Robert J. Jackson, Jr. (Jackson was appointed by President Trump to fill a Democratic seat on the SEC.)

“Last year, public companies spent more than $800 billion buying back their own shares and, thanks to all the cash freed up by the recent tax bill, Goldman Sachs estimates that share buybacks will surge to $1.2 trillion this year. That comes at a time when share prices are at an all-time high — so companies are buying at the top — and when a growing global economy offers the best opportunity to expand into new products and new markets. This is nothing short of corporate malpractice…

“The most significant and troubling aspect of this buyback boom, however, is that despite record corporate profits and cash flow, at least a third of the shares are being repurchased with borrowed money, bringing the corporate debt to an all-time high, not only in an absolute sense but also in relation to profits, assets and the overall size of the economy…

“A decade ago, in 2008, there was $2.8 trillion in outstanding bonds from U.S. corporations. Today, it’s $5.3 trillion, after the record $1.7 trillion of new bonds issued last year, according to Dealogic, and $500 billion more issued this year.” 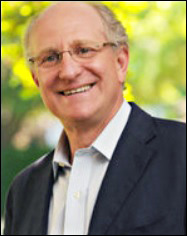 Pearlstein warns further that much of this corporate debt is landing in ETFs, a popular retail product for mom and pop investors, who may decide to run for the exits if things go south. The debt is also landing in Collateralized Loan Obligations (CLOs) which Pearlstein correctly compares to the dodgy subprime mortgage securitizations that blew up in the 2008 financial crisis.

The upshot of all of this says Pearlstein is that “Corporate America, in effect, has transformed itself into one giant leveraged buyout.”

Jackson’s speech yesterday honed in on corporate executives abusing the stock buybacks for personal gain. (Jackson, a former law professor at NYU and Columbia, calls himself a “recovering researcher.” The 28 wonky footnotes he appended to his refreshingly candid speech suggest he’s only part way through the recovery process.)

Jackson says “there is clear evidence that a substantial number of corporate executives today use buybacks as a chance to cash out the shares of the company they received as executive pay,” noting that “in the years leading up to the financial crisis, top executives at Bear Stearns and Lehman Brothers personally cashed out $2.4 billion in stock before the firms collapsed.”

Jackson recommended two needed changes to prevent this legalized insider looting of corporate coffers. He called for “an open comment period to reexamine our rules in this area to make sure they protect American companies, employees, and investors given today’s unprecedented volume of buybacks”; and he said that the Compensation Committee of the company’s Board of Directors should be required to review the degree to which the buyback will be used to optimize an executive’s cash-out haul. (See Jackson’s full speech in the video below.)

Jackson and Pearlstein join numerous others who have been sounding the buyback alarm for years. In his 2015 book, “Killing the Host,” economist Michael Hudson wrote:

“In nature, parasites tend to kill hosts that are dying, using their substance as food for the intruder’s own progeny. The economic analogy takes hold when financial managers use depreciation allowances for stock buybacks or to pay out as dividends instead of replenishing and updating their plant and equipment. Tangible capital investment, research and development and employment are cut back to provide purely financial returns.”

Rana Foroohar also called out buybacks in her 2016 book, “Makers and Takers: The Rise of Finance and the Fall of American Business.” Foroohar looked at Apple’s use of borrowed money to finance buybacks, writing:

Jackson is not the only Federal regulator to sound the alarm on buybacks. In a July 31, 2017 letter to the Chair and Ranking Member of the U.S. Senate Banking Committee, Thomas Hoenig, Vice Chair of the FDIC, warned that the Wall Street megabanks have lied to the public about overly stringent capital rules limiting their ability to lend to consumers and businesses. Hoenig said that what’s really going on is that the 10 largest banks “will distribute, in aggregate, 99 percent of their net income on an annualized basis,” by paying out dividends to shareholders and buying back excessive amounts of their own stock.

Hoenig concluded that the banks are starving the U.S. economy and noted that if “the 10 largest U.S. Bank Holding Companies were to retain a greater share of their earnings earmarked for dividends and share buybacks in 2017 they would be able to increase loans by more than $1 trillion, which is greater than 5 percent of annual U.S. GDP.”

In the age of Trump, it is a hopeful sign that the Washington Post and a new SEC Commissioner are joining other courageous voices in calling for reforming stock buybacks and legalized corporate insider looting.

A Closer Look at Goldman Sachs’ Stance on Share Buybacks

Companies Are Stampeding to Buy Back Their Own Stock: Just Like Before the 2008 Crash