Trump, Bannon and Cambridge Analytica: The Money Trail Leads to the Mercers 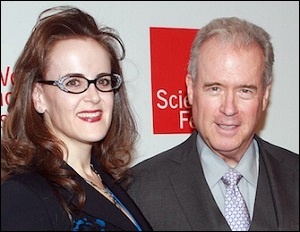 Last evening, the Washington Post reported that Steve Bannon was the individual overseeing the earliest collection of Facebook data for Cambridge Analytica in 2014. The company is under investigation in both the U.S. and U.K. for data mining private information on more than 50 million Facebook users to target voters for the 2016 Trump presidential campaign.

Bannon is the former executive chairman of Breitbart News which also received funding from Mercer. Bannon also served as CEO of Donald Trump’s 2016 presidential campaign and as senior counselor to the 45th president for the first seven months of his term until a falling out last year. Robert Mercer was a large donor to the Trump campaign.

Essentially, whatever Bannon has been connected to since at least 2013, Mercer money has been involved in the effort. Take, for example, the Government Accountability Institute (GAI). It was founded in 2012 by Peter Schweizer and Steve Bannon. Schweitzer is currently listed on its website as its President and Rebekah Mercer, daughter of Robert, is listed as its Chair. Rebekah Mercer played a major role in the Trump campaign and served on the Trump Transition Team’s Executive Committee, which played a major role in selecting cabinet appointees.

According to publicly available records of the Mercer Family Foundation filed with the IRS, GAI received $5,750,000 from the Mercer Family Foundation from 2013 through 2016. Schweizer, the co-founder and current President of GAI, authored the book, Clinton Cash: The Untold Story of How Foreign Governments and Businesses made Bill and Hillary Rich. The book was released in 2015 and dogged Hillary Clinton throughout her presidential run. A documentary, based on the book, was released in 2016 and lists Bannon as a Producer, with Schweizer and Rebekah Mercer as Executive Producers.

The Mercer Family Foundation has also donated millions of dollars to Citizens United, the organization that brought the U.S. Supreme Court case that has unleashed unlimited corporate spending in elections and sent three of its top strategists to run the Donald Trump campaign in its floundering days of 2016.

Bannon was the long-tenured filmmaker for Citizens United, making right-wing propaganda documentaries like “Fire from the Heartland,” a glowing tribute to Michele Bachmann; “The Undefeated,” profiling the rise of Sarah Palin to national prominence and portraying her as the darling of the Tea Party movement; “Generation Zero,” blaming the 2008 financial crash on liberals; “Occupy Unmasked,” characterizing the young people attempting to remove their democracy from the iron grip of the one percent as sinister criminals; and “The Hope and the Change,” showing Democrats’ disillusionment with the campaign promises of Barack Obama, which was, indeed, a valid concern of progressives.

A SuperPac funded by Robert Mercer, Make America Number 1, was also funneling money to Steve Bannon, according to election complaints filed in 2016 by the Campaign Legal Center (CLC). The complaint notes:

“Specifically, CLC’s complaint alleged that Make America Number 1 appeared to have paid compensation to Trump campaign CEO Stephen K. Bannon (now White House chief strategist) via payments to the firms Glittering Steel LLC and Cambridge Analytica, which are incorporated at the same address as Bannon’s consulting firm and closely associated with him. These payments constitute in-kind contributions to Donald J. Trump for President, Inc. from Make America Number 1 in the form of compensation for personal services rendered to the campaign.  U.S.C. § 30101(8)(A)(ii)…

“CLC’s October 6 complaint also described how the data firm ‘Cambridge Analytica’ is registered at the same address as Bannon’s consulting firm, Bannon’s Glittering Steel LLC, and Bannon’s “Breitbart News” holdings, and that Bannon is on Cambridge Analytica’s board, as is Robert Mercer, who funds Make America Number 1.

“Make America Number 1 has paid at least $4,633,876 to Cambridge Analytica since Bannon joined the Trump campaign: $411,763 in August, $886,133 in September, $1,935,980 in October and $1,400,000 between November 1 and November 4. These payments to a firm associated with Bannon provide additional reason to believe that Make America Number 1 may have subsidized the Trump campaign CEO’s compensation.”

Yesterday, the CEO of Cambridge Analytica, Alexander Nix, was suspended by the company as investigations into the operations of the company expand. Britain’s Channel 4 also released a second installment of an undercover video yesterday which captured Nix explaining why U.S. investigators are out of touch with the reality of how political campaigns actually work. Nix said: “They don’t understand because the candidate never, is never involved. He’s told what to do by the campaign team.” The undercover reporter then asks if that means that the candidate is actually just a puppet. Nix replies: “Always.”

Trump as a “puppet” of a billionaire hedge fund manager and heiress daughter would explain a lot. For example, why Trump never took on the huge tax dodge known as “carried interest” that allows hedge fund billionaires to pay a lower tax rate than plumbers and secretaries; why Trump railed against Wall Street during his campaign and then ended up with a slew of Goldman Sachs veterans in key spots in his administration; and why Trump flip-flops so frequently on key policy issues, making his administration appear to be controlled by an invisible hand.