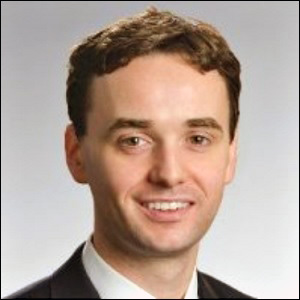 On Saturday, the news broke that Kory Langhofer, counsel to Donald Trump’s transition team known as Trump for America, Inc. (TFA), had sent a 7-page letter to House and Senate Committees stating that Special Counsel Robert Mueller’s office had improperly received “tens of thousands of emails” from the General Services Administration (GSA), a Federal agency, that had been sent or received by members of Trump’s transition team.

Both the GSA and Mueller’s spokesmen denied that there had been anything improper about the turnover of the emails.

Peter Carr, a spokesman for Mueller, said that “When we have obtained emails in the course of our ongoing criminal investigation, we have secured either the account owner’s consent or appropriate criminal process.”

Lenny Loewentritt, a veteran lawyer for the GSA told Buzzfeed that transition team members were told by the GSA that materials “would not be held back in any law enforcement” actions and were also informed that there were a series of agreements between the GSA and the transition team that there would be “no expectation of privacy” because there could be monitoring and auditing of  communication devices provided by the government.

Looking at how the sausage is made during the Presidential transition – the period from election day to inauguration day – is something that should have been criminally investigated long before now. There is certainly a prima facie case that can be made that this is the period when the will of the elected President is replaced by the will of a cartel of lawyers representing multi-national corporations.

These tens of thousands of emails could help to unravel the following:

Why Trump railed against Hillary Clinton’s close ties to Goldman Sachs during his campaign and yet ended up with an administration stuffed with Goldman Sachs veterans in key positions of power, including the U.S. Treasury Secretary Steve Mnuchin and immediate past president of Goldman Sachs, Gary Cohn, who is serving as Director of the National Economic Council and chief economic advisor to Trump;

How the law firm, Jones Day, which represents the largest Wall Street banks like Goldman Sachs, Citigroup, JPMorgan Chase, and Deutsche Bank ended up with a whopping 12 of its law partners moving into the Trump administration. The Jones Day law firm didn’t actually like Trump. Its law partners were big supporters of Hillary Clinton. Bloomberg News reported on March 16 that “…Jones Day’s lawyers contributed only $7,422” to Trump’s campaign, as reported by the Center for Responsive Politics. “That compares with $267,899 given to Hillary Clinton’s campaign,” according to the article.

Why would Donald Trump campaign on an anti-Wall Street message and then appoint a Wall Street crony to head the Securities and Exchange Commission, the top cop on Wall Street? Who exactly was it on Trump’s transition team that selected Jay Clayton, a law partner at Sullivan & Cromwell, to serve as Trump’s SEC Chair. As Wall Street On Parade previously reported, Clayton had represented 8 of the 10 largest Wall Street banks in the past three years. Additionally, Sullivan & Cromwell had represented Goldman Sachs since the late 1800s and Clayton, himself, had served as Goldman’s outside counsel. Clayton’s wife, Gretchen, was at the time of his nomination for SEC Chair, a 17-year veteran of Goldman Sachs, rising to the title of Vice President.

Wall Street On Parade reviewed the records at the Federal Election Commission and reported that “59 of Clayton’s fellow lawyers at the firm made over $900,000 in donations to the Hillary Victory Fund while one lone lawyer, Donald Korb, made two $2700 donations to Trump’s primary and general election campaign. Donations from three other lawyers at the firm, Justin Decamp ($2700), Robert Giuffra ($25,000), and Diane McGimsey ($5,000) to the Trump Victory committee came after Trump was already elected President, according to images of receipts filed with the FEC.”

Wall Street On Parade also reported that “In addition to the more than $900,000 that went to the Hillary Victory Fund, tens of thousands of dollars more were donated by Sullivan & Cromwell lawyers to Hillary Clinton’s main campaign committee, Hillary for America.” Among Hillary’s biggest fans was the Senior Chairman of Sullivan & Cromwell, H. Rodgin (Rodge) Cohen, who donated $285,000 between May and June 2016.

It would appear that the so-called “transition team” is where Wall Street and its legions of high-paid lawyers take over, regardless of whether it’s a Democrat or Republican heading to the Oval Office.

Backing up that theory are the emails that WikiLeaks released from John Podesta’s email account while he was Campaign Chairman for Hillary Clinton in 2016 as well as emails when he was Co-Chairman of President-elect Obama’s transition team in 2008.

The emails showed that Michael Froman, an executive at Citigroup, the disgraced Wall Street bank that was right in the midst of receiving the largest taxpayer bailout in U.S. history, was heading up the decisions of who was going to be in President Obama’s cabinet and subcabinet.

Emails released by WikiLeaks in October 2016 show that President Obama, using the email address of bobama@ameritech.net, was communicating directly with Michael Froman of Citigroup in 2008. Froman was feeding Obama lists of recommended appointments to his cabinet.

As we previously reported:

“In an email from Froman dated October 6, 2008, with Froman using his Citigroup email address of fromanm@citi.com, Hillary Clinton shows up on Froman’s list for Secretary of State or head of the U.S. Department of  Health and Human Services (HHS). In a separate list attached to the email, Eric Holder was recommended for U.S. Attorney General at the Department of Justice or as White House Counsel. (See the email and the attachments here.)  In less than a month after Obama’s election as President on November 4, 2008, Obama had nominated Clinton to be his Secretary of State and Holder as his Attorney General. Despite the unprecedented corruption rooted out on Wall Street by regulators, Holder failed to prosecute any of Wall Street’s top executives for the crimes that led to the greatest financial crash since the Great Depression.”

The PBS program Frontline reported that under Holder’s Justice Department, “There were no subpoenas, no document reviews, no wiretaps” of any major Wall Street bank involved in the 2008 financial collapse.

If television networks news and cable news are to provide a genuine public service to the American people, they will need to connect the dots between the corruption in the Obama transition team and the corruption in the Trump transition team. Only then might Americans begin to comprehend how corporate financing of political campaigns has thoroughly gutted our hope for democracy.