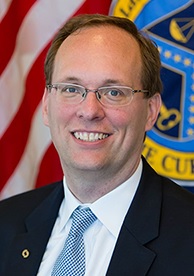 A man holding one of the most important and powerful jobs for keeping the U.S. banking system safe from another epic crash like that of 1929 and 2008 has tongues wagging over the bizarre speech he delivered at the Clearing House Annual Conference last Wednesday in New York.

Keith Noreika is the acting head of the Office of the Comptroller of the Currency (OCC), the Federal agency responsible for supervising national banks and inspecting them for safety and soundness.

What Noreika recommended last Wednesday, however, would make the U.S. banking system significantly more dangerous than it already is. Noreika thinks there is no good reason to prevent giant corporate conglomerates from owning insured depository banks that are backstopped by the U.S. taxpayer. He had this to say in his speech last week:

“The narrative persists to keep commercial interests from owning or having controlling interests in banks, in part, because many view them as ‘public interests’ rather than the ‘private businesses’ they are. In more modern times, this line of reasoning was used to keep companies like Walmart from owning a state-chartered FDIC-insured industrial loan company, while allowing others like Target, to own a credit card bank. The narrative also ignores the fact that banks are subject to a robust regulatory regime to ensure their safety and soundness and compliance meant to protect both markets and consumers.”

Noreika must have spent the last nine years in a coma from which he has just emerged with this insane epiphany. Over the past decade that this Trump appointee has not been paying attention to the failed status of bank supervision, the largest banks in the country have been charged with rigging foreign exchange and interest rate markets, gaming the subprime debt market, fleecing millions of Americans with illegal overcharges and, by the way, collapsing the U.S. economy in 2008 and 2009. Federal regulators allowed the illegal conduct to go on for years without detecting it – think JPMorgan Chase and its regulators allowing Bernie Madoff to launder money through the bank for decades in support of an epic Ponzi scheme. (See JPMorgan and Madoff Were Facilitating Nesting Dolls-Style Frauds Within Frauds.)

Noreika is not some wide-eyed innocent who is simply offering a preposterous position based on naiveté. Prior to his appointment by Trump, Noreika had been a corporate lawyer for the past 10 months at Simpson Thacher & Bartlett LLP. But the real smoking gun is what Noreika did for the 18 years prior to that. He spent those years at Covington & Burling, the law firm that sent multiple lawyers to run the U.S. Justice Department under Obama, including the top post of U.S. Attorney General (Eric Holder) and head of the Criminal Division (Lanny Breuer). The biggest banks were cozy and safe under those two, with no prosecutions for the biggest financial crash since the Great Depression and, according to the PBS program, Frontline, never even had a wiretap or issued a subpoena in pursuit of a criminal case. (Covington & Burling held a corner office open for Holder to return to and Breuer also returned to the firm following his stint at Justice and is now Vice Chair of the firm.)

Covington & Burling has a curious history in landing top dogs at the OCC to oversee bank deregulation. John Dugan, a former bank lobbyist, headed the OCC from 2005 to 2010 – the period leading up to and including the subprime mortgage meltdown, fraudulent foreclosures, robo-signing, the rigged peddling of mortgage-backed securitizations and the largest taxpayer bailout of banks in U.S. history.

Before Dugan, another Covington & Burling partner, Eugene Ludwig, was appointed by President Bill Clinton to head the OCC from 1993 to 1998. That was the period leading up to the repeal of the Glass-Steagall Act in 1999. As a result of that repeal, commercial banks were allowed to merge with Wall Street investment banks, creating today’s era of “too-big-to-fail” banking behemoths.

Ludwig’s testimony to the U.S. House of Representatives on March 5, 1997 sounds an awful lot like the nonsense that Noreika was spewing in New York last Wednesday. Ludwig had this to say:

“…we should not let an unsupported hypothesis that banks enjoy a subsidy dissuade us from pursuing financial modernization. And we should not let an unsupported hypothesis dissuade us from adhering to a fundamental principle that should underlie modernization: Financial institutions need the freedom to manage their activities and structure their operations in a way that best suits their needs and the needs of their customers. Allowing these institutions to engage in new activities on the one hand but imposing an artificial structure on the other will impede rather than promote safety and soundness. It will not limit any more effectively their use of the alleged subsidy, even if the subsidy actually existed. And it will impose substantial costs and inefficiencies on the financial services industry that limit the industry’s ability to prosper, to serve America’s consumers and communities, and to compete in the global marketplace.”

Citigroup was one of the corporate conglomerates that resulted from the repeal of the Glass-Steagall Act. This is how we described its condition on November 28, 2008 – despite what Noreika calls a “robust regulatory regime”:

“Citigroup’s five-day death spiral last week was surreal. I know 20-something newlyweds who have better financial backup plans than this global banking giant.  On Monday came the Town Hall meeting with employees to announce the sacking of 52,000 workers.  (Aren’t Town Hall meetings supposed to instill confidence?) On Tuesday came the announcement of Citigroup losing 53 per cent of an internal hedge fund’s money in a month and bringing $17 billion of assets that had been hiding out in the Cayman Islands back onto its balance sheet.  Wednesday brought the cheery news that a law firm was alleging that Citigroup peddled something called the MAT Five Fund as ‘safe’ and ‘secure’ only to watch it lose 80 per cent of its value. On Thursday, Saudi Prince Walid bin Talal, from that visionary country that won’t let women drive cars, stepped forward to reassure us that Citigroup is ‘undervalued’ and he was buying more shares. Not having any Princes of our own, we tend to associate them with fairytales. The next day the stock dropped another 20 percent with 1.02 billion shares changing hands. It closed at $3.77.

Making headlines recently is how Harvey Weinstein’s lawyers assisted him in running a protection racket to conceal his misdeeds over decades. Much more transparency is likewise needed to ascertain the role of Big Law in corrupting the U.S. banking system and then failing to prosecute the misdeeds.