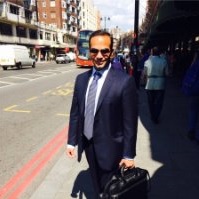 The digital front page of today’s New York Times carries this dramatically misleading headline: “Trump Campaign Got Early Word Russia Had Democrats’ Emails.” Within the article, there are six separate references suggesting that the unsealed indictment against Trump adviser George Papadopoulos supports the premise that the Russians had the hacked emails from the Democratic National Committee (DNC), before the emails became publicly known.

“Court documents revealed that Russian officials alerted the campaign, through an intermediary in April 2016, that they possessed thousands of Democratic emails and other ‘dirt’ on Hillary Clinton…”

“That was two months before the Russian hacking of the Democratic National Committee was publicly revealed and the stolen emails began to appear online. The new court filings provided the first clear evidence that Trump campaign aides had early knowledge that Russia had stolen confidential documents on Mrs. Clinton and the committee, a tempting trove in a close presidential contest.”

The New York Times has, amazingly, written its own indictment of George Papadopoulos rather than adhering strictly to the content of the indictment unsealed yesterday in Federal Court. The official indictment makes absolutely no reference to any emails hacked from the Democratic National Committee or from Hillary Clinton’s presidential campaign. It states simply this:

What the New York Times reporter has done is to jump to the conclusion that the unsealed indictment is referring to the thousands of emails released by WikiLeaks from the Democratic National Committee which, among other things, showed DNC officials conspiring against the presidential primary campaign of Senator Bernie Sanders. But the official indictment itself does not make that claim.

What the Russians could just as easily have been referring to are the tens of thousands of emails that Hillary Clinton, during her years as Secretary of State, sent over an unsecure server in the basement of her home in New York. Tens of thousands of those emails were destroyed and never turned over to the government on the basis that they were Hillary Clinton’s personal emails and not covered by government retention rules.

On July 7, 2016, the House Oversight and Government Reform Committee took testimony on the matter. During that hearing, the Inspector General of the Intelligence Community, Charles McCullough, dropped a bombshell. He revealed that Clinton or one of her aides placed tens of thousands of emails, some containing Top Secret material, on a thumb drive and handed it over to Clinton’s attorneys to decide what emails should be turned over to the State Department. (Clinton left the State Department without turning over the government records for more than a year, in violation of the Federal Records Act and potentially obstructing Freedom of Information Act requests from being filled.) The tiny thumb drive, called that because it’s about the size of one’s thumb and thus easily stolen or lost, was then housed in Clinton’s attorneys’ office – which lacked government security features for holding classified material, according to McCullough.

In other words, if the Russians wanted to hack unsecure servers to get “dirt” on Hillary Clinton, she gave them unlimited opportunity using non-government-approved servers in the basement on her home and in her attorney’s office.

The New York Times lavishly praised Hillary Clinton when it endorsed her for President. Bringing up her handling of classified emails while she was Secretary of State – handling which former FBI Director James Comey called “negligent” and “extremely careless,” may not be the narrative that the New York Times wants to advance.

But if the Times cares at all about sticking to the facts of a Federal indictment, it will correct its reporting. Based on our past experience, we’re not holding out much hope for a correction.