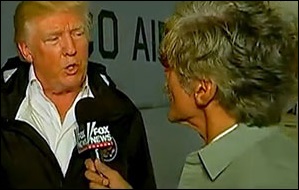 According to Federal Reserve statistics, as of the end of the first quarter of this year, the U.S. municipal bond market consisted of $3.8 trillion of debt outstanding with retail investors owning 42 percent of the market. Life insurance companies, property and casualty insurers, banks, mutual funds and foreign buyers are also major holders of municipal bonds.

Municipal bonds have performed well as a class over a century of booms and busts. They came through the Great Depression with an extremely low default rate. General obligation municipal bonds (GOs) are backed by the full faith and credit and taxing power of a jurisdiction like a state or county or city and GOs with AAA ratings are typically viewed as second in safety to issues of the U.S. government.  Municipal bonds issued to finance a project are classified as revenue bonds and are frequently backed just by the revenues of that project, such as a toll bridge.

Heretofore, it has been unthinkable that holders of general obligation municipal bonds could be “wiped out” by edict. But during his visit to Puerto Rico on Tuesday, President Donald Trump was interviewed by Geraldo Rivera of Fox News. The interview was broadcast during the Sean Hannity program Tuesday evening. The president stated the following: (See video clip below.)

“You know they owe a lot of money to your friends on Wall Street. We’re gonna have to wipe that out. That’s gonna have to be — you know, you can say goodbye to that. I don’t know if it’s Goldman Sachs but whoever it is, you can wave good-bye to that.”

Puerto Rico is in the midst of a bankruptcy proceeding in Federal Court and is under the supervision of a Federal oversight board. In this situation, it is unprecedented for a sitting president to effectively declare his plan to wipe out its creditors’ claims — off the cuff on a cable news show.

Of particular note, it is not just Wall Street banks who own Puerto Rico debt. As we reported yesterday, mom and pop retail investors are exposed to billions of dollars of potential losses through their holdings of Puerto Rico municipal bonds in Oppenheimer and Franklin tax-free mutual funds, as well as other mutual funds and direct holdings of the muni bonds.

Trump’s comments were immediately felt in the market yesterday with some Puerto Rico GOs plunging to as little as 38 cents on the dollar.

Bankruptcy lawyers are now scratching their heads as to just how the President would be in a position to “wipe out” municipal bond debt. Should such an unprecedented action be attempted, it could undermine confidence in the municipal bond market, thus raising the interest rate needed on new issues to attract future muni bond buyers. This would add an additional burden to already struggling states and municipalities across America. U.S. cities prone to hurricanes and flooding might find it prohibitively costly to issue new muni bonds.

The President has yet to comprehend that his words matter – to the markets and to the lives of average Americans who cannot alternate their lodgings between the White House, a golf resort in New Jersey, a luxury tower in Manhattan or a mansion in Palm Beach.