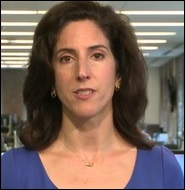 Rana Foroohar, an Associate Editor and Global Business Columnist for the Financial Times, penned an OpEd at the New York Times yesterday that was as audacious in its insults to the Times’ richest hometown industry, Wall Street, as it was brilliantly in touch with the abject dysfunction of the U.S. financial system.

Foroohar’s thesis is this: “…there’s a core truth about our financial system that we have yet to comprehend fully: It isn’t serving us, we’re serving it.”

Foroohar describes in specific detail what Wall Street On Parade has long described as Wall Street’s institutionalized wealth transfer system. (See our articles describing this system under the menu button above titled “Wealth Transfer Schemes.” You may find two particular articles of interest, here and here.)

Just how high up the chain of command this “service” to Wall Street goes was deftly captured in a Tweet by the President of the United States on Monday of this week. In the midst of a humanitarian crisis in Puerto Rico, where upwards of 3 million fellow Americans are living with limited access to food and water and without any municipal electric power in the midst of a sweltering heat wave in the aftermath of Hurricane Maria, President Trump Tweeted about the “billions of dollars owed to Wall Street and the banks” by Puerto Rico, adding that this debt “sadly, must be dealt with.”

To those of us who instinctively know how Wall Street has its way with Presidents of every stripe, it sounded like Puerto Rico was either going to be extorted in the midst of a humanitarian crisis into sweetening the pot for its creditors on Wall Street or strong-armed into the kinds of privatization schemes that Wall Street has so cleverly inflicted on cash-strapped nations in the past.

In her OpEd, Foroohar explains how the big banks have become unmoored from their core purpose. She writes:

“In the 1970s, most of their financial flows, which of course come directly from our savings, would have been funneled into new business investment. Today, only about 15 percent of the money coming out of the largest financial institutions goes to that purpose. The rest exists in a closed loop of trading; institutions facilitate and engage in the buying and selling of stocks, bonds, real estate and other assets that mainly enriches the 20 percent of the population that owns 80 percent of that asset base. This doesn’t help growth, but it does fuel the wealth gap.”

Foroohar makes these other astute observations as well:

“The financial industry, dominated by the biggest banks, provides only 4 percent of all jobs in the country, yet takes about a quarter of the corporate profit pie…

“Finance has become the tail that wags the dog. Until we start talking about how to create a financial system that really serves society, rather than just trying to stay ahead of the misdeeds of one that doesn’t, we’ll struggle in vain to bridge the gap between Wall Street and Main Street.”

On the very day that Foroohar’s opinion piece appeared in the New York Times, the Office of the Comptroller of the Currency (OCC) released its latest quarterly report on the obscene trading revenues of the banks. The OCC reported the following for the second quarter of 2017:

“consolidated holding company trading revenue of $15.2 billion in the second quarter of 2017…

“Credit exposure from derivatives increased in the second quarter of 2017 to $369.5 billion…

If we want to put a name on just whom it is that Americans are in servitude to, it’s those four banks holding the largest amounts of derivatives: JPMorgan Chase, Citigroup, Goldman Sachs, and Bank of America – the same big banks that received massive taxpayer bailouts in the 2007 to 2010 financial crisis and secret low-cost loans in the trillions of dollars from the Federal Reserve.

Last year we reviewed Foroohar’s equally insightful book, “Makers and Takers: The Rise of Finance and the Fall of American Business.” Foroohar worries in the book about an ugly revolution in America if Wall Street is not reined in soon. She writes:

“Research proves that more inequality leads to poorer health outcomes, lower levels of trust, more violent crime, and less social mobility – all of the things that can make a society unstable. As [Thomas] Piketty told me during an interview in 2014, there’s ‘no algorithm’ to predict when revolutions happen, but if current trends continue, the consequences for society in terms of social unrest and economic upheaval could be ‘terrifying.’ ”