Both Wall Street and Its Regulators Fire Whistleblowers 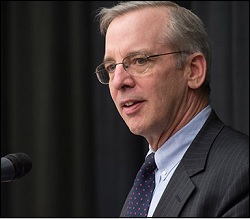 According to continuing reports from the trenches, buttressed by a Bloomberg News article out today by Neil Weinberg, Wall Street’s largest firms are still firing whistleblowers for having the temerity to bring corrupt conduct to their superiors’ attention — despite whistleblower protection statutes embedded in the 2010 Dodd-Frank Wall Street Reform and Consumer Protection Act.

One Dodd-Frank provision expressly prohibits retaliation against whistleblowers and provides whistleblowers legal remedies if they are discharged or retaliated against. Another section provides potentially hefty awards through the Securities and Exchange Commission (SEC) if the whistleblower provides original information leading to a successful enforcement action that results in sanctions of over $1 million.

Just this past April, the Board of Barclays, a big player on Wall Street, had to admit that it had hired an outside law firm to investigate its own CEO’s handling of a whistleblower. At the time, Jes Staley had been CEO of Barclays for just 15 months but had formerly spent three decades in executive positions at America’s largest Wall Street bank – JPMorgan Chase. According to the official statement released by Barclays, Staley had gone on the hunt to root out the identity of an internal whistleblower who had sent anonymous letters regarding a colleague. Staley had the audacity to use both an internal security group at the bank and U.S. law enforcement in his effort to unmask the whistleblower. Staley was not fired for his conduct – he was simply given a written reprimand by the Board and had his bonus cut.

Barclays pled guilty in 2015 for participating in a cartel to rig foreign exchange rates in a criminal prosecution brought by the U.S. Justice Department. Citicorp, a unit of Citigroup, and JPMorgan Chase & Co. also admitted to the felony charge in the same matter. All three banks have also been the subject of charges of whistleblower abuse. (The Royal Bank of Scotland also pled guilty in the same matter.) On the same day that the Justice Department brought the charges against the other four banks for rigging foreign exchange rates, it brought a felony charge for rigging the interest rate benchmark known as Libor against UBS – the mega Wall Street player that is the subject of today’s Bloomberg News article on the firing of a whistleblower.

If you are sensing there may be a connection between abuse of whistleblowers and abuse of the public trust, you’ve had an important epiphany.

Richard Bowen was a Citigroup Senior Vice President who repeatedly alerted his superiors in writing that potential mortgage fraud was taking place in his division prior to the bank collapsing into the arms of the taxpayer in 2008. At one point, Bowen emailed a detailed description of the problem to top senior management, including Robert Rubin, the former U.S. Treasury Secretary and then Chairman of the Executive Committee at Citigroup. Bowen testified before the Financial Crisis Inquiry Commission in 2010. In 2011, Bowen pulled back the curtain further on the culture of Citigroup on the CBS program 60 Minutes, explaining his reward for elevating wrongdoing up the chain of command: “I was relieved of most of my responsibility and I no longer was physically with the organization.” He was told not to show up at the bank.

In November 2014, Matt Taibbi wrote an in-depth article on a JPMorgan Chase whistleblower and attorney, Alayne Fleischmann. What Fleischmann described to Taibbi was “massive criminal securities fraud” within the bank. Taibbi describes what happened to Fleishmann as follows:

“Six years after the crisis that cratered the global economy, it’s not exactly news that the country’s biggest banks stole on a grand scale. That’s why the more important part of Fleischmann’s story is in the pains Chase and the Justice Department took to silence her.”

That Wall Street is unrepentant almost a decade after it caused the greatest financial crash since the Great Depression is a product of toothless regulation and crony regulators. Nothing underscores this point better than what happened to Carmen Segarra, a bank examiner for the Federal Reserve Bank of New York, assigned to monitor Goldman Sachs. After Segarra gave Goldman a negative review, she was bullied inside the Fed to change her review. When she refused, she was fired according to her court filing. But before she was fired, Segarra made a trip to the Spy Store, bought a tiny microphone, and went about taping 46 hours of conversations inside of two of the most powerful Wall Street institutions – Goldman Sachs and the New York Fed.

Jake Bernstein, writing for ProPublica, effectively indicted the New York Fed’s culture in his coverage of the Segarra matter. His blockbuster story on the secret recordings was released at 5 a.m. on September 26, 2014. Less than two months later, the President of the New York Fed, Bill Dudley, was hauled before a Senate hearing where his lax regulation of the mega Wall Street banks was repeatedly called out.

The month following the ProPublica story, the Federal Reserve’s Inspector General released a report that documented that the New York Fed was advised of potential trouble in the Chief Investment Office at JPMorgan Chase on multiple occasions but failed to conduct a comprehensive examination that might have alerted it at an early stage to the wild gambles JPMorgan was making in derivatives with depositors’ money. Those wild bets eventually led to the London Whale scandal,  $6.2 billion in losses of depositors’ funds, Senate hearings, and fines against the bank totaling more than $920 million.

But it’s not just the New York Fed that frequently wears blinders when it comes to wrongdoing on Wall Street. The Securities and Exchange Commission has repeatedly turned its back on its own lawyers for pursuing matters it was too timid to take on. In August of last year we reported that revulsion over the conduct of the SEC had reached such proportions that a whistleblower, Eric Ben-Artzi, has turned down his half of a $16.5 million whistleblower award from the SEC for alerting the agency to the fact that his former employer, Deutsche Bank, had been inflating the value of its credit derivatives to avoid taking losses. The SEC imposed a $55 million fine on the bank but took no further actions against the employees who were responsible for misspricing the derivatives and hiding the losses.

Ben-Artzi suggested in an OpEd at the Financial Times that it was the SEC’s revolving door that prevented justice from being served. He wrote:

“The most obvious concern is that Deutsche’s top lawyers ‘revolved’ in and out of the SEC before, during and after the illegal activity at the bank.”

Since 2006, three former lawyers at the SEC have raised serious questions about its regulatory capture by Wall Street: James Kidney, Gary Aguirre, and Darcy Flynn. Aguirre was fired by the SEC while on vacation after seeking to serve a subpoena on the powerful former Morgan Stanley executive, John Mack.

And yet, despite a mountain of evidence documenting this corrupt culture of crony regulation of Wall Street, the Trump administration is focused on more deregulation.