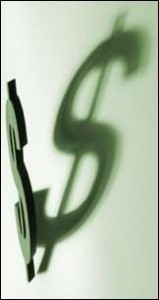 On Wednesday, the General Accountability Office (GAO), the bipartisan congressional watchdog, released an in-depth report on the U.S. government’s challenging fiscal outlook. Despite its surprising revelations, the study received little to no coverage by major media outlets.

While most Americans have been led by political rhetoric to believe that government programs like Medicare and Medicaid are the biggest threats to the future U.S. fiscal picture, the GAO study found the following:

“While health care spending is a key programmatic and policy driver of the long-term outlook on the spending side of the budget, eventually, spending on net interest becomes the largest category of spending in both the 2016 Financial Report’s long-term fiscal projections and GAO’s simulations.”

Another measurement of government debt is its percentage ratio to Gross Domestic Product – a means of evaluating how much of a drag it’s inflicting on the overall economy. The GAO study found the following:

The report further noted that both the Congressional Budget Office (CBO), and GAO’s own projections indicate that the federal government’s current fiscal path is unsustainable and policy changes must occur.

Key concerns raised by these findings include the fact that federal resources that could be deployed into key priorities like rebuilding the nation’s roads and bridges are being diverted to interest on debt.

Another concern expressed by the GAO is the upward rise in interest rates. While the GAO does not directly mention the Federal Reserve’s recent rate hikes, it does note the following:

“Net interest costs will depend in part on the outstanding mix of Treasury securities. Treasury issues securities in a wide range of maturities to appeal to the broadest range of investors. Longer-term securities typically carry higher interest rates but offer the government the ability to ‘lock in’ fixed interest payments over a longer period and reduce the amount of debt that Treasury needs to refinance in the short term. In contrast, shorter-term securities generally carry lower interest rates. They also play an important role in financial markets. For example, investors use Treasury bills to meet requirements to buy financial assets maturing in a year or less. However, shorter-term securities add uncertainty to the government’s interest costs and require Treasury to conduct more frequent auctions to refinance maturing debt.”

A potential headwind is facing the U.S. because of the concentration of its debt that is coming due by 2020. The GAO study indicates that 58 percent of Treasury securities held by the public will be maturing over the next four years.  Should short-term interest rates spike over that period, Federal outlays on debt interest could pose a further drag on the economy and U.S. budget.

Given these valid and serious concerns on the non sustainability of growing U.S. debt, one has to question the Trump administration’s plan for tax cuts. According to the Committee for a Responsible Federal Budget, the plan could result in $5.5 trillion in revenue losses over a decade. Their analysis suggests the tax plan could increase U.S. debt to 111 percent of GDP by 2027. The group notes that this “would be higher than any time in U.S. history and no achievable amount of economic growth could finance it.”

The GAO study also stresses the importance of “preserving confidence in the full faith and credit of the United States,” by avoiding Congressional impasse on the debt limit. The report notes: “During the 2013 impasse, investors reported taking the unprecedented action of systematically avoiding certain Treasury securities —(i.e., those that would mature around the dates when Treasury projected it would exhaust the extraordinary actions it used to manage debt as it approached the debt limit). For these securities, the actions resulted in both a dramatic increase in interest rates and a decline in liquidity in the secondary market where securities are traded among investors.”

On the same day that the GAO released its report this week, stressing the importance of maintaining confidence in the U.S. Treasury market, the New York Post reported that Goldman Sachs is under investigation by the U.S. Department of Justice for potentially engaging in the rigging of the Treasury market. The article, by reporter Kevin Dugan, notes: “At the center of the case are chats and emails believed to show Goldman traders sharing sensitive price information with traders at other banks — a sign of possible price fixing and collusion, according to sources familiar with the investigation.”

The investigation of Goldman is raising eyebrows across Wall Street. Goldman’s former bankers and outside lawyers have taken an outsized role in the Trump administration. Trump’s Treasury Secretary, Steven Mnuchin, is a former 17-year veteran of Goldman Sachs. The controversial Stephen Bannon, another former Goldman Sachs banker, is Trump’s Chief Strategist in the White House. The immediate past President of Goldman Sachs, Gary Cohn, is Trump’s Director of the National Economic Council. In a move that stunned even Wall Street, Trump named a Goldman Sachs outside lawyer, Jay Clayton of Sullivan & Cromwell, to serve as Wall Street’s top cop as Chairman of the Securities and Exchange Commission. (Adding to the outrage, Clayton’s wife was a Vice President at Goldman Sachs.)