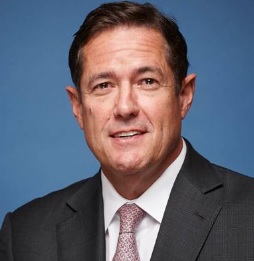 It is not a promising development for changing the culture of Wall Street when today’s newswires are reporting the sordid details of how the big Wall Street player, Barclays, engaged U.S. law enforcement in an attempt to hunt down the identity of an internal whistleblower. More on that in a moment, but first some background.

After discovering that Wall Street’s mandate to fairly and efficiently allocate capital had morphed into the manufacture of fraudulent securities with triple-A ratings that blew up the U.S. economy in 2008 with the impact of a flamethrower at a fireworks factory, Congress passed the Dodd-Frank financial reform legislation in 2010 to, ostensibly, put Wall Street back on a straight and narrow path.  One of Dodd-Frank’s sections expressly prohibits retaliation against whistleblowers and provides whistleblowers legal remedies if they are discharged or retaliated against. Another section provides potentially hefty awards through the Securities and Exchange Commission if the whistleblower provides original information which leads to a successful enforcement action with sanctions of over $1 million.

The whistleblower section of Dodd-Frank likely came about as a result of investigations showing that internal whistleblowers of the big Wall Street banks had indeed warned of fraud and malfeasance in the leadup to the crash, only to be barred from the premises or have their job eliminated, as in the case of Richard Bowen of Citigroup or Alayne Fleischmann of JPMorgan Chase, respectively.

Then there were the gifted writers who had neither the stomach nor moral blinders needed to sustain their careers on Wall Street. Instead, they used their knowledge to warn the American people in meticulous detail that the culture had been hopelessly corrupted. People like Nomi Prins, formerly of Goldman Sachs; Michael Lewis of Salomon Brothers; and Frank Partnoy of Morgan Stanley come to mind.

Even whistleblowers within financial regulatory bodies like the Securities and Exchange Commission were subjected to retaliation by their own watchdog agency. That unconscionable conduct has continued long after the passage of Dodd-Frank, as the Carmen Segarra case at banking watchdog, the New York Federal Reserve Bank, strongly suggests. Segarra was an attorney and bank examiner at the New York Fed who was fired after refusing to change her review of Goldman Sachs. She made public the internal tape recordings she had made, showing the New York Fed as a lapdog regulator. Despite a Senate hearing of the matter, the President of the New York Fed, William Dudley, has kept his job and become the preposterous, self-anointed lecturer on changing Wall Street’s culture.

Against this backdrop comes today’s story about Jes Staley, CEO of Barclays for just the past 15 months and formerly a three-decade exec at JPMorgan Chase: both banks being in serial trouble with regulators.

Staley’s long tenure on Wall Street suggests that it would be next to impossible for him not to have heard about Dodd-Frank and its protections for whistleblowers. But when confronted with an internal whistleblower who had come forward anonymously, Staley unleashed the dogs in attempting to find out his or her identity. According to a statement released by Barclays, Staley used both an internal group and U.S. law enforcement in efforts to identify the whistleblower, raising the question as to whether laws really mean anything when it comes to the financial industry.

The Board of Barclays hired an outside law firm to investigate the matter, Simmons & Simmons LLP, and concluded that it would not fire Staley but simply issue a written reprimand and cut his bonus.

All of this proving, once again, that when it comes to the devolving culture of Wall Street, there is no end in sight.