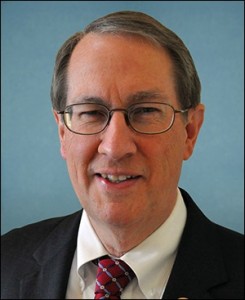 Without holding as much as one public hearing, Republicans in the U.S. House of Representatives are hoping to show their fealty to their corporate masters and make it next to impossible for citizens to bring class action lawsuits against corporate wrongdoers. A vote will be held today on H.R. 985, a bill with the Orwellian reverse-speak title of “Fairness in Class Action Litigation Act of 2017.”

While the media is absorbed in the wild accusations-du-jour Tweeted out by the President of the United States, corporations are salaciously using the media distractions to repeal a century of hard-fought gains in labor and civil rights protections.

The bill was introduced by Bob Goodlatte, a Republican from Virginia. According to the Center for Responsive Politics, the largest donors to the Goodlatte political campaign in 2016 were multinational corporations and their trade associations.

The legislation is so bad that the American Bar Association, which represents both plaintiff and defense counsel, sent a strident letter to House members on Monday. Thomas M. Susman, the Director of Governmental Affairs for the ABA, said it would create a “nearly insurmountable burden for people who have suffered a personal injury or economic loss at the hands of large institutions with vast resources, effectively barring them from bringing class actions.”

One of the worst features of the bill, and there are many that strip citizen protections to access the nation’s courts as a class, is a requirement that all of the proposed class members must affirmatively demonstrate that they have “suffered the same type and scope of injury” as the named plaintiffs or class representatives.

Rarely do individuals suffer the same scope of injury. For example, thousands of individuals may have taken a poorly vetted drug. It may have impacted the liver of one group; the kidneys of others; and created blood clots in others. Some may have died from the drug while others were impacted to a lesser degree.

One industry cheering the loudest over the potential passage of this legislation is Wall Street – which has already locked the courthouse doors to its customers and employees under a private justice system known as mandatory arbitration. One legal tool to get Wall Street’s serial crimes against the investing public and its century old, brazen discrimination against women and minorities out into the sunshine has been the class action lawsuit.

To discourage lawyers from taking these Wall Street cases and others, H.R. 985 proposes to deny a paycheck indefinitely to the plaintiffs’ lawyers. It requires that until full monetary relief is received by the class, the attorneys for the class don’t get paid. Cases like these can drag on for years – how would the lawyers continue to pay their staff?

Civil rights groups are banding together to fight the egregious legislation. The Impact Fund sent a letter two days ago to House Speaker Paul Ryan and Minority Leader Nancy Pelosi. The letter was on behalf of 123 civil rights organizations, including the ACLU, NAACP Legal Defense and Education Fund, and the Southern Poverty Law Center.

Today, the civil rights organizations are urging Americans to immediately call the House by dialing (202) 225-3121 and ask the switchboard to connect you to your Representative, urging a no vote on this outrageously bad legislation.

The Dark Money Behind the Elizabeth Warren “Commie” Ad